Crimes of May: Conectas reiterates request to reopen investigations

Twelve years ago, approximately 500 people were murdered in São Paulo. Federalisation of this case, which has been on hold for two years at the STJ (Supreme Court) would permit investigation into the deaths by independent experts 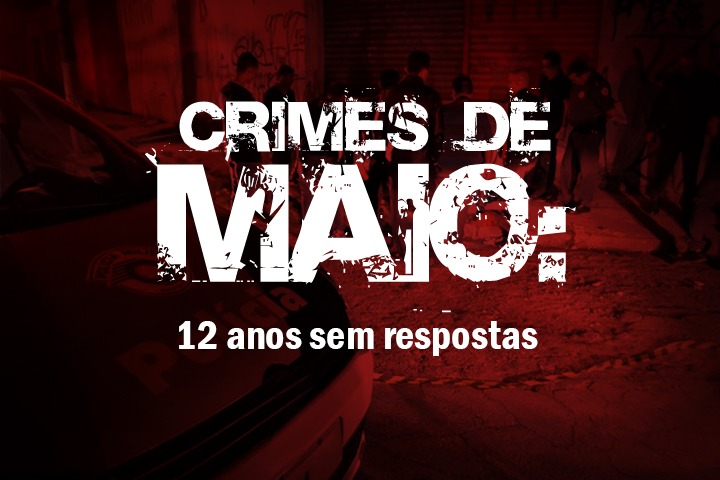 Between 12 and 21 May 2006, following a series of attacks orchestrated by the PCC (First Capital Command) against officers and public buildings, a wave of revenge killings, carried out by death squads on the urban fringes in the state of São Paulo, led to the deaths of over 500 people. For the past 12 years, hundreds of families have been living with the absence of their murdered relatives and still have no answers about the circumstances of the deaths.

Investigations into the massacre were never concluded and in 2009 Conectas requested federalisation of one of the most emblematic cases: the Parque Bristol massacre. Transferral to the Federal court would mean investigations could be reopened and carried out by independent experts. This request was reiterated during the Inter-American Commission on Human Rights hearing in March this year.

Most of the victims murdered during the Crimes of May were young men living in poor areas on the urban fringes. According to the study “Análise dos impactos dos ataques do PCC em São Paulo em maio de 2006” (Analysis of the effects of the PCC attacks in São Paulo in May 2006), carried out by the researcher Ignácio Cano, of the LAV-UERJ (data analysis centre at the State University of Rio de Janeiro) in 2008, at the request of Conectas, each victim was shot an average 4.8 times, the majority in life-threatening parts of the body, such as the torso and head.

For those ten days in May 2006, the number of murders was approximately four times greater than expected for the whole period, compared to the previous year. In those same ten days, 59 police officers were killed and 13 were wounded. According to the government, the civilian deaths were linked to confrontations between the police and those suspected of being members of the PCC. Data shows that 94% of the victims, the equivalent of 475 people, had no criminal record whatsoever.

In response mothers and family members formed the Mães de Maio movement (May Mothers), with the objective of fighting for truth, memory and justice for victims of state violence. The group was started by four women: Débora Maria da Silva, Ednalva Santos, Vera de Freitas and Vera Lúcia Gonzaga dos Santos, who died in May 2018.

The stories that unite these women are a testimony to the brutality of the murders of over 500 people, twelve years ago. The article “Violência de Estado no Brasil: uma análise dos Crimes de Maio de 2006” (State Violence in Brazil: analysis of the Crimes of May of 2006) published by Unifesp last week, on 14/05, presents an analysis of the reports produced following exhumation of the bodies of those killed by firearms between 12 and 20 May in 2006. This diagnosis was carried out by the Special Commission for the Public Security Crisis in the State of São Paulo, created to investigate the crimes and shows that the majority of the shots fired were at close range to life-threatening parts of the body, such as the torso and head and were mostly from a high position to a lower one.

These characteristics, substantiated in the examination of 124 reports, present strong indications of execution style deaths. According to the Commission’s report, in situations of confrontation there would be a greater spread of bullet holes, with upper and lower limbs also being affected. However, most of the cases were recorded as “resistance followed by death”, a category used by police officers to describe the deaths of suspects who confront them. Families and independent studies show that there was a systematic attempt to criminalise innocent people during those ten days.

On 14 May 2006, the youths Edivaldo, Eduardo, Israel, Fernando and Fábio, aged between 21 and 25 years old were shot on a doorstep in the neighbourhood of Parque Bristol, located in the southernmost part of the city of Sao Paulo. The investigation into the case was filed by the Sao Paulo Public Prosecution office in 2008.

The State of São Paulo Public Prosecution Office’s omission was notable with regards to both the investigation and controls in the policy enquiry into the Parque Bristol case. This body is responsible for cross-referencing information about deaths occurring in the same period in order to identify similarities that point to the involvement of police officers in the murders, however the Sao Paulo military police did not carry out this check. In addition, the military police did not monitor due diligence in the case, leaving a gap in the investigation that jeopardized the accountability of those responsible for the crimes.

In the following year, 2009, Conectas asked the Attorney General of the Republic to request the relocation of these investigations to the Federal courts, so they could be carried out by the Federal Public Prosecution and the Federal Police. It was not until May 2016 that the Attorney General of the Republic heeded the request made by Conectas and presented the request for federalisation to the High Court. Two years into the case, the Minister Jorge Mussi has still not sent the case to court.