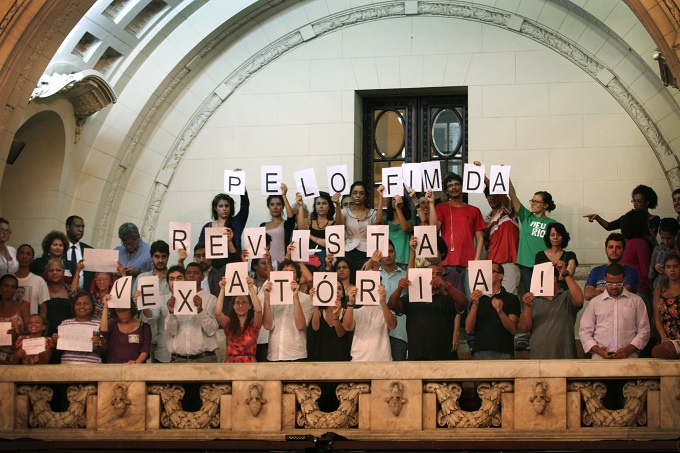 The governor’s decision has not gone unchallenged. The Criminal Justice Network, of which Conectas is part, refuted his justifications and urged the Rio de Janeiro State Legislature, which had approved the bill with only two opposing votes, to overturn the veto. The support of 36 of the 70 legislators is needed to achieve this. The vote is expected to take place over the next few weeks.

According to Pezão, the bill was a ‘legally flawed initiative’, a term used to describe legislation presented by entities that do not have the authority to propose such laws. He claimed that initiatives involving the structuring and authority of the departments associated with the Executive Branch are the exclusive preserve of the governor.

Ignoring a decree issued in 2009 by the State Prison Administration Department, which requested an end to this practice, the governor also claimed that abolishing the abusive search was ‘unviable’.

According to the organizations, the bill is not a legally flawed initiative because it is a “matter of human rights and of respecting the international treaties and commitments signed by the country”. “Abolishing the abusive search implies simply observing the constitutional rules that guarantee the right to privacy and to intimacy and the prohibition of inhuman and degrading treatment,” reads the public statement released by the Network.

The statement also argues that to allege the unviability of the legislation when other states have already approved similar laws “is, at best, to deny reality”. The organizations now place with the legislators the responsibility to reassert their previous position. “We hope that the legislators in the Rio de Janeiro State Legislature overturn the veto imposed by the governor so thousands of people can be saved from being subjected to humiliating and degrading practices whenever they visit their loved ones in prison.”