Conectas demands investigation into the murder of the MAB leader

The leader of the MAB (Movement of People Affected by Dams) and human rights defender, Dilma Ferreira was executed on Friday together with her husband. 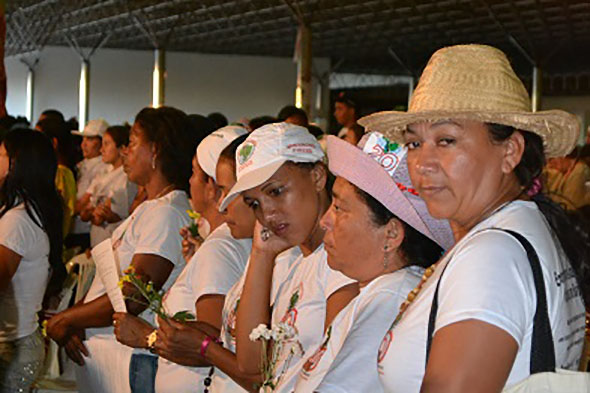 The leader of the MAB Dilma Ferreira (right) was killed on 22 March in Pará. (Photo: MAB/Press Office)

Conectas Human Rights vehemently repudiates the murder of Dilma Ferreira Silva, human rights defender and regional coordinator of MAB (Movement of People Affected by Dams), on Friday 22 March, at a settlement in the rural region of Baião, 60 km from Tucuruí (PA). Her husband, Claudionor Amaro Costa da Silva and Hilton Lopes, an agricultural labourer on the settlement, were also killed.

According to information published by MAB, five people arrived at Dilma’s home on three motorbikes at around 9pm on 21 March 2019. Neighbours reported hearing loud music coming from the house, which was not usual for the couple. The next day, it was found that the house had been turned upside down. The bodies of the three people were discovered tied up, gagged and showing signs of torture.

According to the Pará State Secretary for Public Security, the motives for the crime are being investigated. Until now nobody has been identified as being responsible. According to MAB, although the history of rural violence in the region is high, they had not received any news that Dilma was under threat.

Dilma and her family were affected by the building of the plant at Tucuruí, the third largest hydroelectric installation in Brazil.  She had been regional coordinator of MAB since 2005. In 2011, she participated in the National Meeting of Women Affected by the Dams, in Brasilia, which brought together over five hundred women who had been affected. On this occasion, she was responsible for delivering a letter to President Dilma with the demands of those affected, including the creation of a PNAB (National Policy of Rights of Those Affected by Dams) and of mechanisms to protect the lives of working class women.

In the most dangerous country in the world for defenders of human and environmental rights, the murder of Dilma Silva and another two people must be investigated promptly. It is essential to carry out a rigorous, impartial inquiry into the circumstances to identify the people involved in this barbaric crime and hold them accountable.

Conectas extends its profound solidarity to Dilma Silva’s family and members of the Movement of People Affected by Dams.