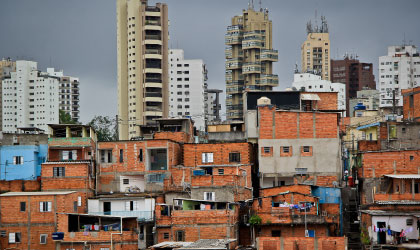 Conectas expresses its solidarity with the victims and families of the massacre in the
São Paulo neighborhood of Paraisópolis and calls for an investigation by the relevant
authorities into the events of Sunday, December 1, when a police operation left at
least nine young people dead – the majority blacks and adolescents – and another
twelve people injured.

A funk dance party was the target of violent action by the police that unfortunately
ended with fatalities. This negligent action demonstrates the pattern of disregard by
the public security forces for the lives of poor and black people in the urban outskirts,
as they used firearms and less-lethal weapons at an event attended by more than
5,000 people and caused widespread panic in one of the largest communities in São
Paulo.

Alleged criminal activity cannot be used to justify violence and abuse of power. Strict
protocols must be followed to ensure that the physical integrity of people and groups
is not endangered. Cultural manifestations in the urban outskirts, such as funk, cannot
be criminalized and used to legitimize oppression and violence, as was the case with
this police operation.

Video recordings and testimonies of residents contradict the version of the police
officers involved in the action, who claim to have only reacted to an attack and that
they are not responsible for the deaths and injuries caused. In some of the recordings,
it is possible to see police officers punching and kicking residents or funk attendees
being cornered by the police in alleyways.

Civil society is calling for a decisive response from the Public Prosecutor’s Office in the
investigation of crimes, for it to effectively perform its role as external oversight of the
police, and for the other authorities to take the appropriate measures to monitor the
ongoing human rights violations committed by the government against its citizens.