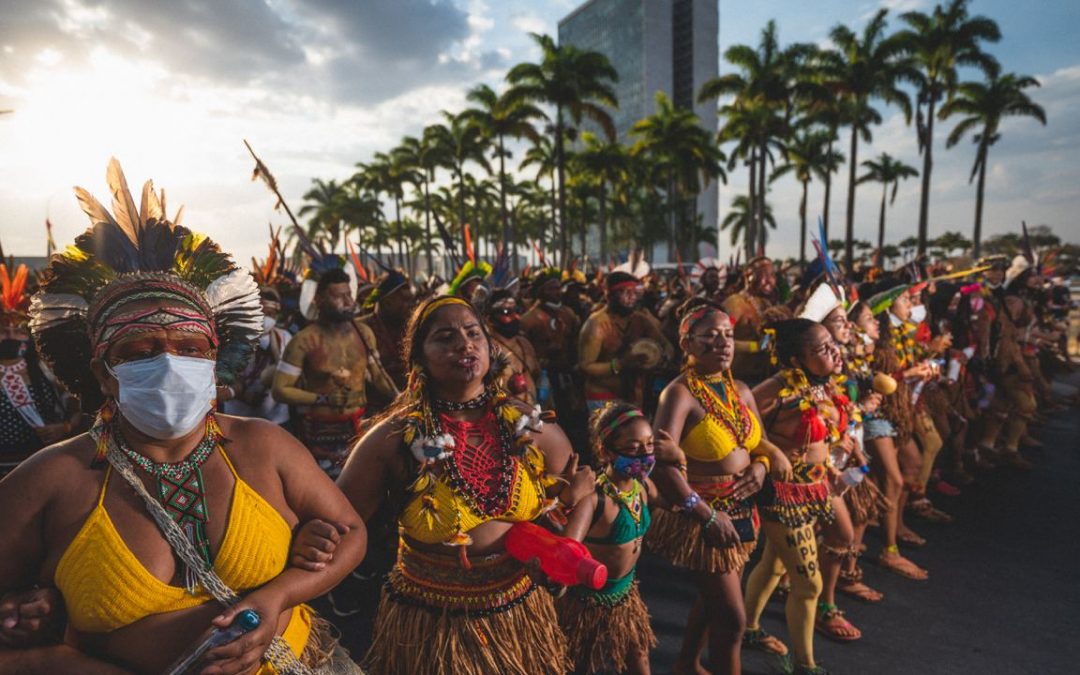 Both National and international human rights organizations came together to form an Ad hoc Commission, solely to observe and denounce human rights violations in the acts  during the march scheduled for 7th of September.

The Commission planed to monitor, register and report to National and International Human Rights bodies any abnormalities like abusive actions or omissions committed by violent groups or the Police Force, as well as any violations arising from acts and movements by allies of President Jair Bolsonaro, that are against the established democratic institutions, especially in Brasilia.

The main objective is to guarantee the safety and integrity of the Fight for Life Camp, which has already brought together more than 6,000 indigenous people during the month of August for the mobilizations against the march, which is still being judged by the Supreme Court. The camp also welcomes participants in the II National March of Indigenous Women, which takes place between September 7th and 11th in the capital.