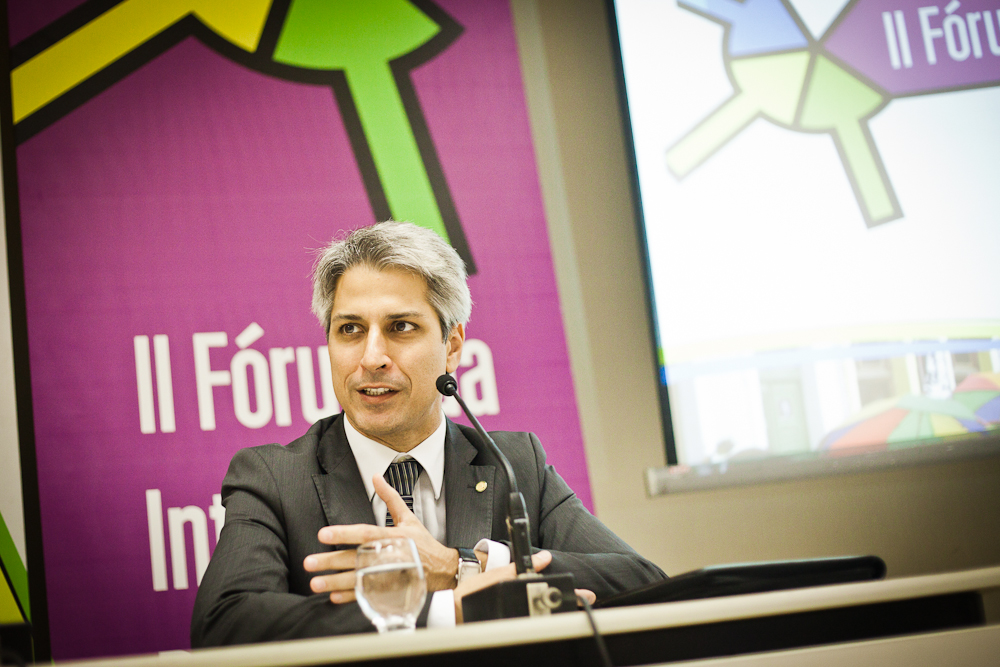 Brazil has, since 2010, been sitting on one of the most progressive bills on internet regulation. Drafted after a broad process of consultation with users, the Civil Framework for the Internet has become a benchmark in international debates on web governance. Despite its fast-track status, however, the bill has been pending in Congress for at least six months.

Buying time has been the strategy of telecommunications companies that are unhappy about the three pillars of the bill – neutrality, privacy and freedom of expression. They have the support of the largest party in the lower house, the Brazilian Democratic Movement Party (PMDB). The party opposes the bill despite being part of the government alliance, the main defender of the Civil Framework.

The strategy has been successful. In early December, the bill’s sponsor Alessandro Molon made changes to the text to accommodate the sector. The new version of the bill guarantees the “freedom of business models used on the internet, provided they do not conflict with the other principles established in the law.”

However, the companies want more. They are now asking for the bill to permit the sale of data packages that alter the transmission speed depending on the content accessed – which goes against the principle that information cannot be discriminated by the web infrastructure.

“The telcos may continue selling packages with speeds of 1 mega, 2 mega, 10 mega. What they cannot do is discriminate based on the origin, destination and content within the speed that is sold. Everything has to be treated equally,” said Molon. The sponsor reaffirmed the inviolability of the pillars of the bill, but his decision to accommodate the sector illustrates that it will still be susceptible to economic and political disputes until it is voted.

Companies in the audiovisual sector have also joined the dispute and managed to include in the text of the bill an item that provides for the removal of content that violates copyright without the need for a court order. Sites and service providers that do not comply with these notifications may be prosecuted.

The inclusion of this provision has frustrated cyberactivist movements, which claim that it will generate legal uncertainty for these intermediaries and further encourage the prior restraint that already occurs, for example, on social networks and search engines. To avoid lawsuits, they say, sites and service providers would block content indiscriminately.

The stagnancy of the Civil Framework in Brazil and the legal vacuum this has created contrasts with the growing prominence of the country in discussions on global internet governance. The topic has become a key part of Brazilian diplomacy since the incisive speech by President Dilma Rousseff at the opening of the UN General Assembly in October. In her address, Rousseff criticized the spying programs of the U.S. National Security Agency revealed by the former contactor Edward Snowden.

Brazil’s discontent was shared by Germany and the two countries filed a draft resolution to the United Nations General Assembly on the right to privacy in the digital age.

The text of the resolution is based on article 12 of the Universal Declaration of Human Rights and on article 17 of the International Covenant on Civil and Political Rights that establish the right to privacy, the inviolability of correspondence and protection against attacks.