Although only 8% of inmates have been tested, the country features among the leaders on the world ranking of Covid-19 cases in the prison system 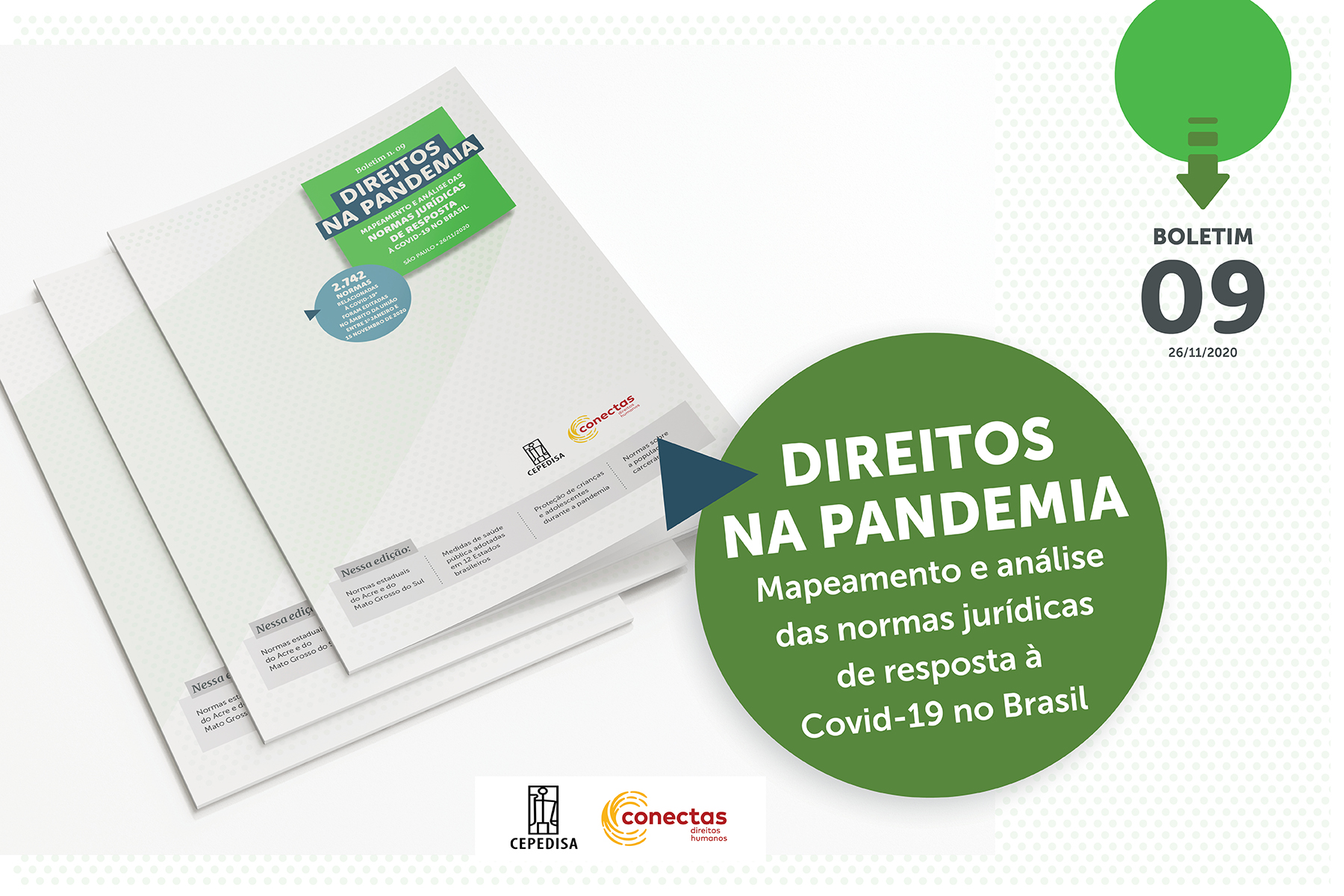 Despite underreporting, Brazil is already the country with the second highest number of Covid-19 cases among people deprived of liberty. With just 8.34% of the Brazilian prison population tested for the disease, the number of inmates infected with the novel coronavirus exceeds 35,000, behind only the United States, where there are 155,000 cases of Covid-19 among prisoners.

The data are from the 9th issue of the Rights in the Pandemic Bulletin, an initiative of Cepedisa (Center for Studies and Research on Health Law of the University of São Paulo), in partnership with Conectas Human Rights.

Between January and September this year, 222 federal regulations were published on the Covid-19 pandemic in prisons, which failed to prevent the high rate of infections and 121 deaths to date. Most of the rules restricted prisoners’ contact with the outside world.

Situations characteristic of the Brazilian prison system with high potential for contamination – such as overcrowding and poor hygienic and sanitary conditions – were dealt with only by the Judiciary and the CNJ (National Justice Council).

“The dangers that the current prison system pose to detainees are manifold, such as the crowding of prisoners into very small cells – without access to healthcare services – and poor personal hygiene and sanitation standards in prisons,” reads the report.

According to data from the Ministry of Justice from December 2019, Brazil has approximately 755,000 people behind bars, making it the country with the world’s third largest prison population, behind only the United States and China. The overcrowding in the system is approximately 170%.

Notwithstanding the protection that the social distancing measures offer against infection by coronavirus, it is necessary to be aware of other problems caused by social isolation.

“Schools are not only spaces for teaching and learning, but also for protecting and guaranteeing the rights of children and adolescents, such as access to food and to the mechanisms that protect this vulnerable group and that combat domestic violence and sexual abuse,” said André Bastos Ferreira, a researcher at Cepedisa.

To warn of these and other problems, the National Campaign for the Right to Education, which contributed to the bulletin, has produced nine guidebooks on Covid-19 in the context of guaranteeing the right to education and the protection of children and adolescents. The material is available in this issue of the bulletin.

State regulations in the pandemic

This issue also features a study on the public health measures adopted in 12 Brazilian states, which totaled 1,348 state regulations.

According to experts, the high number of regulations reflects the legislative omission by the federal government, which delegated to the states the task of establishing measures to contain the pandemic.