Brazil approves less than 2% of refugee applications in 2017

Venezuelans lead the ranking, with 17,865 requests last year; in all, 86,000 people are awaiting a decision from the refugee agency 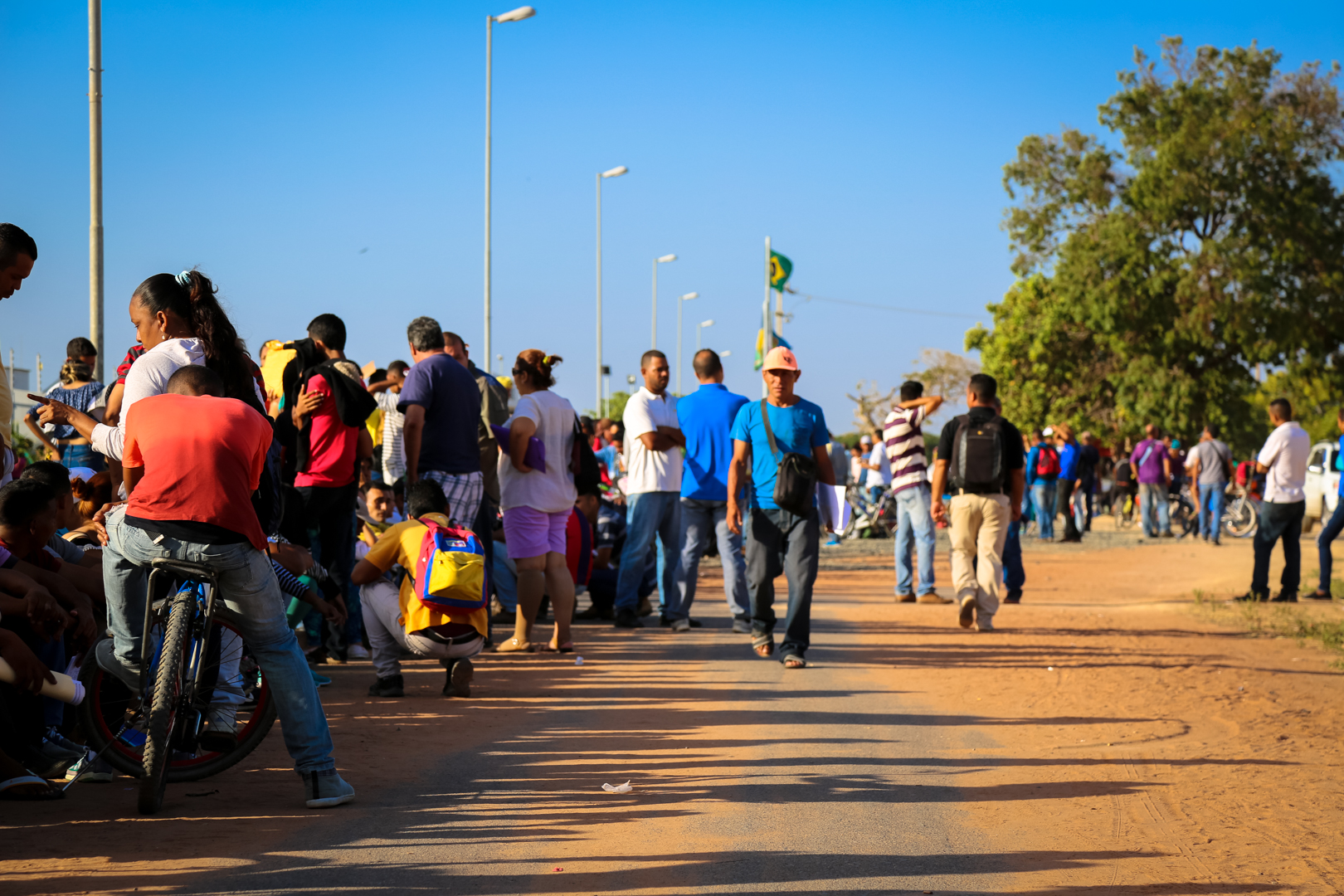 Venezuelan immigrants waiting to be seen by the Federal Police in Boa Vista, state of Roraima. (Photo: Leonardo Medeiros/Conectas)

In 2017, Brazil received 33,866 applications from foreigners for refugee status, according to data released this week by the Ministry of Justice. More than half these requests, 17,865, were made by Venezuelans, followed by Cubans, Haitians and Angolans. The National Committee for Refugees (Conare), the agency responsible for analyzing the applications, granted refugee status to just 587 people.

Between 2011 and 2017, Brazil received 126,102 refugee requests, a status that was granted to 10,145 people in the same period. According to Conare, there is currently has a backlog of nearly 86,000 applications under analysis. Most of the refugees recognized last year were Syrians (310), followed by Congolese (106) and Palestinians (50).

Conare is currently formed by 13 members representing government and also civil society, such as the Cáritas Archdioceses of Rio de Janeiro and São Paulo and the Migrations and Human Rights Institute (IMDH). The number of members and the frequency of the meetings is insufficient to keep up with the volume of applications.

“Conare needs to focus on improving its procedures for examining refugee requests. The agency itself acknowledges that there is a repressed demand of more than 86,000 cases, causing delays that impede the integration of people seeking asylum in Brazil. These are people who depend on the protection of the Brazilian government – guaranteed by international conventions – to rebuild their lives in security,” said Camila Asano, coordinator of programs at Conectas.

The northern state of Roraima, the main entry point for Venezuelan refugees, was responsible for 47% of the applications. Even though immigrants from the neighboring country represent the largest contingent – between 2016 and 2017, the number of applications from this group rose more than 500% – the Brazilian government has only approved refugee status for 18 Venezuelans, four in 2015 and another 14 in 2016.

The state in Brazil with the largest refugee population – of different nationalities – is São Paulo, where 52% of the people chose to take up residency. “Brazil has a large land mass and it is capable of accommodating, with dignity, the immigrants and refugees that come here. There is a myth stating that an invasion is in progress and this is entirely false, since if we analyze the data, the number of refugees and applicants is less than 1% of the Brazilian population. We can and should do more to take in these people and the new Immigration Law now exists to guarantee a humanitarian approach to the immigration issue, instead of public security approach, which used to be the case”, explained Asano.