This is not the first time the president has granted clemency for crimes committed by police officers and military personnel, but this pardon includes a specific article on police officers convicted for the massacre in 1992 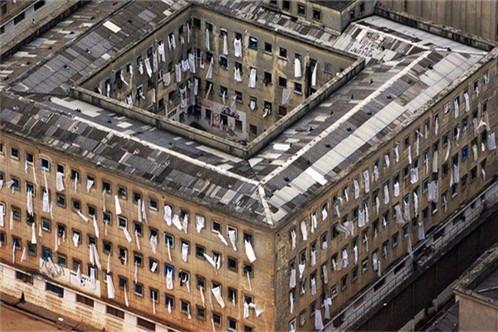 Just days before leaving office, the President of the Republic Jair Bolsonaro granted on Friday, December 23, a pardon for public security officers and military personnel convicted of “negligent excess” and who have served at least one sixth of their sentence, or half that time for first-time offenders. “Negligent excess”, in practice, means there is not enough evidence to prove intent but the crime is serious and involves abusive use of force.

This is the fourth time that Bolsonaro has favored police officers and military personnel in Christmas pardons. This year, however, the pardon includes security agents convicted of acts committed more than thirty years ago and not considered ‘heinous crimes’ – an article considered to be specifically tailored for the police officers who participated in the Carandiru massacre, in 1992. Only in 1994 was premeditated murder considered a ‘heinous crime’.

The São Paulo State Court is currently analyzing the sentences of 74 security agents convicted of the massacre following a decision by the Supreme Court in August to reject the defense’s appeal and uphold the convictions. The text of the pardon published today could enable this case to be closed.

According to Gabriel Sampaio, director of litigation and advocacy at Conectas, the text has a high potential to affect convictions in symbolic cases of institutional violence, since it covers convictions for crimes committed by public security professionals, as well as all cases of negligent excess.

“The pardon has become, for Bolsonaro, a way to encourage the illegal use of force and the enormous rates of police lethality, thereby having a negative impact primarily on the lives of black youth from the poor urban outskirts, who are the main victims of State violence in Brazil,” said Sampaio. “We hope that the next government will use the prerogative of clemency for humanitarian purposes and as an instrument of criminal and prison policy to address the harms of mass incarceration,” he added.

The pardon is a prerogative of the President of the Republic that is conferred, but also limited, by the Constitution. Pardons are not permitted, for example, for people convicted of crimes of terrorism, torture, drug trafficking and similar acts considered heinous crimes.

They have traditionally been granted to prisoners in poor state of health, such as those who are blind, paraplegic and quadriplegic and who cannot continue to serve their sentence inside a prison. These rules were maintained in this pardon.

Over the years, important progress has been made in the use of the pardon, such as the application of rules for people convicted of small-scale drug trafficking – no longer considered a heinous crime by the Supreme Court – and for imprisoned mothers, people convicted of non-violent property crimes and women in general.