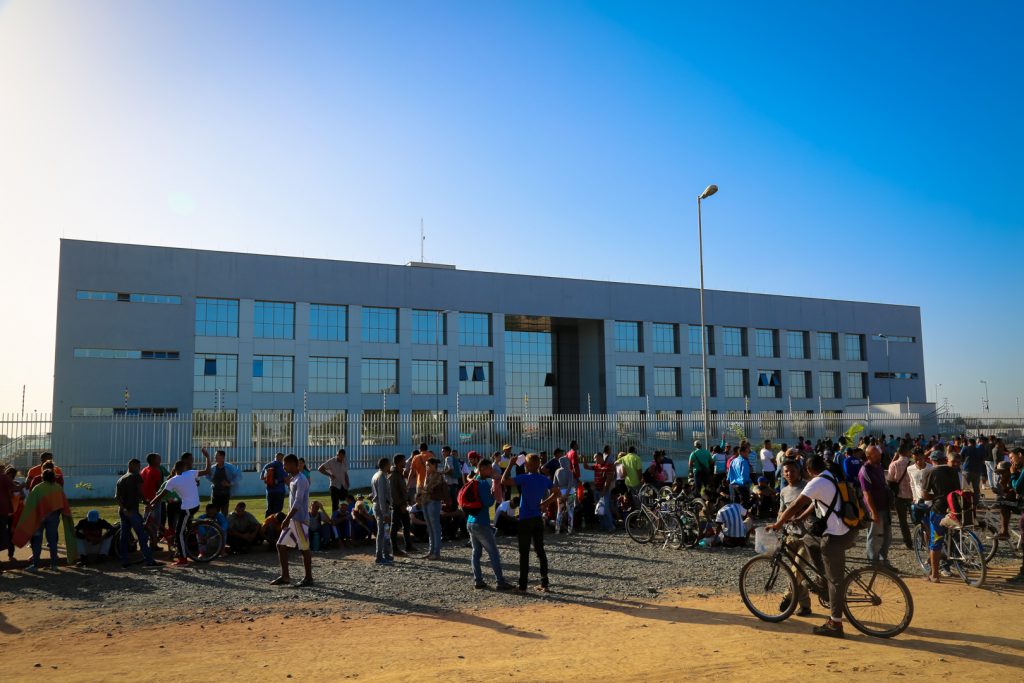 A report published by the BBC, based on access to Brazilian Foreign Office telegrams sent to Brazilian diplomats, says that Brazil will probably leave the Global Compact for Migration. This is a UN (United Nations) agreement that was signed last December by 164 countries, among them Brazil, to strengthen international cooperation for safe, orderly and regular migration.

The compact, that is not legally binding, outlines 23 objectives for international cooperation such as facilitating migratory legalisation, providing basic services to migrants and eliminating all forms of discrimination.

The Foreign Office has not yet officially confirmed withdrawal from the compact. However, on Wednesday 9 January, president Jair Bolsonaro tweeted a criticism of the document:

“Brazil is sovereign in deciding whether or not to accept migrants. Anyone who comes here will be subject to our laws, rules and customs and will also have to sing our national anthem and respect our culture. Not anybody can come into our home, not anybody can enter Brazil on the grounds of a compact adopted by third parties.” He said.

According to Camila Asano, Programme Coordinator at Conectas Human Rights, the president’s statement is not in line with the content of the Global Compact for Migration and Brazil’s own laws on the matter. These do not jeopardise national sovereignty and approach the issue from a human rights viewpoint.

“By announcing withdrawal from the compact, the Bolsonaro government is adopting an outdated, mistaken discourse of considering migrants as a threat to national sovereignty. Moreover, it is overlooking the fact that the decision will have a significant impact on Brazilians living abroad. We currently have more Brazilians living abroad than we do people of other nationalities living here in Brazil.” Asano said.

“Brazil is undermining one of its principal international credentials – to be a country formed of migrants, with a migratory policy that is seen as a benchmark. This has led to Brazil being a powerful voice in international discussions on the subject.” She said.

The Bolsonaro government’s approach to the Global Compact for Migration contradicts the recommendation of the Lima Group, which Brazil is a part of, on the Venezuelan migration crisis and the importance of multilateral bodies in solutions for foreign policy issues.

On Friday 4 January, during Ernesto Araújo’s debut in his role as Brazilian Chancellor, the Lima Group released a declaration in which countries “renewed their commitment (…) to providing aid for migrants coming from Venezuela, as well as promoting and developing initiatives for regional coordination in response to this crisis.” The declaration also reiterates the importance attributed to forums and multilateral efforts, citing the UN.

Brazil’s participation in the Declaration opens the way for exacting a commitment from the Bolsonaro government, for continued and intensified policies on the reception, interiorisation and integration of Venezuelans who seek asylum in Brazil, without obstacles to migrants’ safe entry or extreme measures such as possible refugee camps.” Asano said. “It is urgent for Brazil to acknowledge the status of Venezuelan migrants as refugees.

“The Bolsonaro government has been giving off very contradictory signals with regards to the multilateral space of its government, threatening a long Brazilian tradition of being a significant participant in international policy.” Asano says. “At any rate, Brazil’s participation in the Declaration opens the way for exacting a commitment from the Bolsonaro government, to continued and intensified policies on the reception, interiorisation and integration of Venezuelans who seek asylum in Brazil, without obstacles to migrants’ safe entry or extreme measures such as possible refugee camps.” She concluded.

What is the Global Compact?

The UN Global Compact for Migration was inspired by the United Nations Charter and the Universal Declaration of Human Rights. It was signed by 164 countries, among them Brazil, in December 2018, at a conference in Marrakech, in Morocco.

It is a comprehensive document, aimed at better management of international migration, facing the challenges involved and strengthening migrants’ rights and contributing to sustainable development. It expresses the collective commitment of its member-states to improving cooperation on international migration.

The compact “acknowledges that no state can handle migration alone and defends its sovereignty and its obligations to international law.” The document has a non-legally binding, cooperative structure, based on commitments agreed upon by the states themselves two years ago in the New York Declaration for Refugees and Migrants.

According to the UN, there are currently 25 million displaced or migrant people. This represents 3.4% of the world population.

The document highlights 23 objectives for international cooperation on immigration: