BNDES: Accountability in the Senate 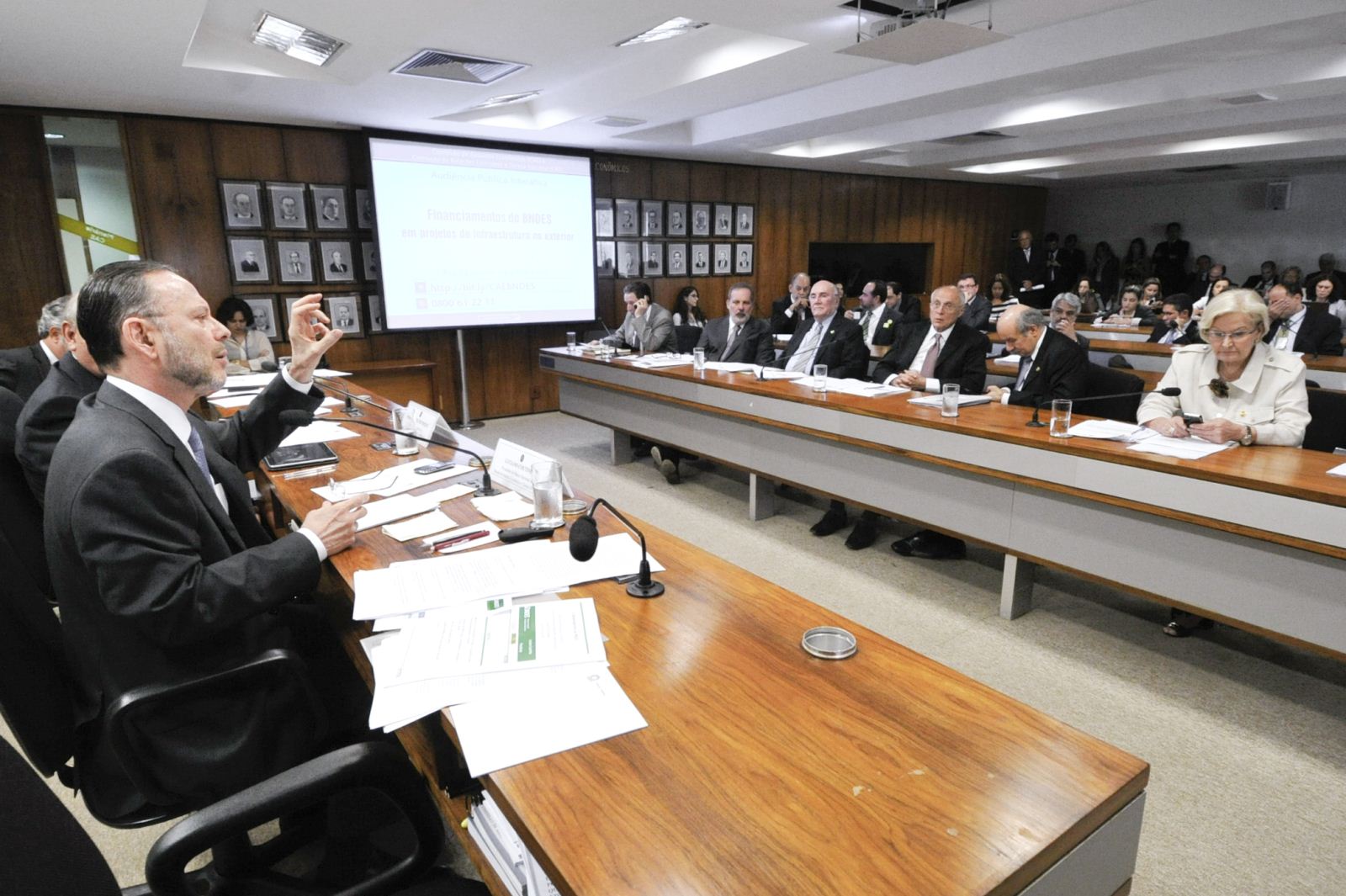 On March 25, the president of the Brazilian Development Bank (BNDES), Luciano Coutinho, appeared before a joint session of the Economic Affairs and Foreign Relations committees of the Senate. After being pressed by Conectas, the Economic Affairs Committee freed up the Senate’s “e-citizenship” portal so Brazilians could submit questions to the president of the bank. Using this mechanism, civil society could ask questions about the bank’s financing operations overseas – the main topic of the hearing.

Conectas submitted seven questions, of which two were asked and answered during the hearing. On the plans to open an office in Johannesburg, in South Africa, and the bank’s priorities on the African continent, Coutinho said the objective is to expand and facilitate the operations of the BNDES in Africa, by developing partnerships with multilateral banks in order to better implement the projects, and to mark Brazil’s presence in the region.

The second question submitted by Conectas, at the request of the Peruvian organization DAR (Law, Environment and Natural Resources), referred to the Chaglla hydroelectric power plant being built by Odebrecht and co-financed by the BNDES and the Inter-American Development Bank (IDB). In his response, the BNDES president said the project aims to observe all the safeguards established by the IDB, although he did not provide any details on how the bank monitors the construction work.

Conectas has participated in the discussions on the application of transparency and human rights criteria in BNDES financing since early 2013, and Coutinho indicated that dialogue with the organization and with civil society will be expanded: “We are prepared to meet personally with you”.

“As part of the accountability of federal government agencies to the Congress, the president of the BNDES is periodically called to testify in Senate committee hearings, although this was the first time that civil society was able to participate more directly,” said Juana Kweitel, program director at Conectas. “Dialogue with society is fundamental for the BNDES to build more effective and participatory mechanisms for the prevention and mitigation of human rights impacts.”

Watch Coutinho answering the questions submitted by the organization:

1. What procedures does the BNDES adopt to ensure that loans made to Brazilian companies for projects overseas comply with Brazilian, international and the host country’s social, environmental and human rights standards? (Conectas Human Rights)

2. Does the BNDES plan to release, or require borrowers to release, documents on the social and environmental risk analysis of projects in the local language? (Conectas Human Rights)

3. Why is the BNDES opening an office in Johannesburg and what types of financing will the bank prioritize in Africa?(Conectas Human Rights)

5. Considering the growing presence of projects financed by the BNDES in different countries across Latin America, what kind of policy will facilitate the right to information and participation for the citizens of these countries in the bank’s financing operations to Brazilian companies? (DAR, Peru)

6. What kind of relationship does the BNDES have with the Inter-American Development Bank (IDB), with the Peruvian State and with Odebrecht in the Chaglla hydroelectric project in Peru, given that the IDB applies transparency and freedom of information safeguards and policies for the projects it finances. Has the BNDES adapted to these policies? (DAR, Peru)

7. What projects have been co-financed with other multilateral banks in Latin America? (DAR, Peru)