In a statement, non-governmental organisations, collectives and national and international social movements have repudiated the candidate Jair Bolsonaro’s statement that, if elected, he will "put an end to all activism in Brazil". 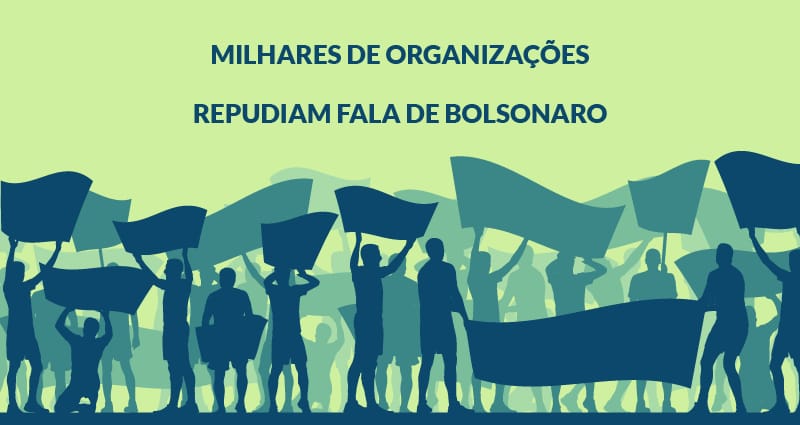 Around 3 thousand non-governmental organisations, collectives and national and international social movements have repudiated the candidate Jair Bolsonaro’s statement that if elected he will “put an end to activism in Brazil”. This remark was made by the presidential candidate on Sunday, 7 October after the results of the first round were announced.

In a letter published on Monday, 15 October the organisations state that Bolsonaro’s comment is an affront to the Federal Constitution that ensures the right to freedom of association and assembly. “This is an unacceptable threat to our freedom to act. Not only will the lives of millions of activists and the work of 820 thousand organisations be affected, but also Brazilian democracy. And there is no democracy without the defence of rights.”

The group highlighted the importance of “a vibrant civil society that is active and free to denounce abuses, celebrate victories and advance in terms of rights,” as well as gaining rights and improved living conditions for the people and asked for “derision of social movements and civil society to be considered by every voter when they are deciding how to cast their vote”.

“Organisations and movements are strategic players in contributing to the formulation of public policy and in elaborating important laws in Brazil.” States the document, citing laws achieved through pressure from activist organisations, such as in the areas of criminalization of racism and violence against women. And concludes: “silencing civil society, as Jair Bolsonaro has said he will do, is a recurring practice in authoritarian regimes. We cannot accept that Brazil comes to this.”

According to Ipea data (Institute for Applied Economic Research) mentioned in the letter that in 2017 there were 820 thousand NGOs in Brazil. The list of organisations, collectives and movements that signed the protest, include organisations from environmental defence, human rights and education.