An end to the ‘limbo’ at Guarulhos airport? 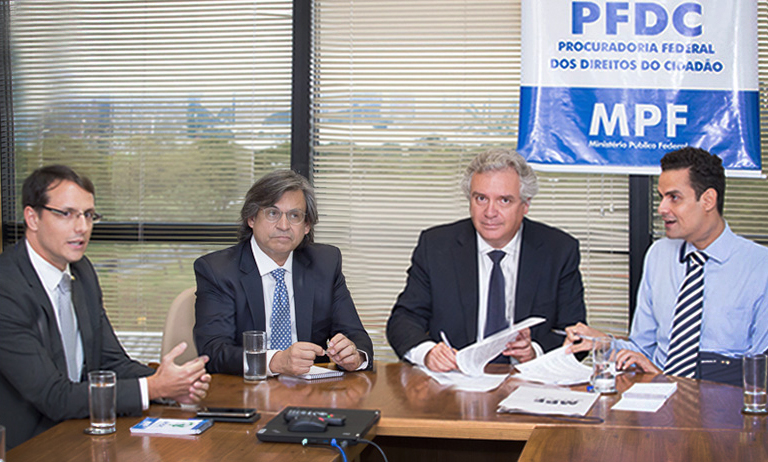 Agreement signed yesterday to be made official on February 9, at a ceremony inside the airpor

The long wait for people who are denied entry to Brazil at São Paulo’s international airport of Guarulhos could be coming to an end. The immigrants are often required to spend weeks or even months in a room without adequate hygiene facilities or proper food, and without any legal counsel or prospects for resolving their situation.

On Thursday, January 28, the Ministry of Justice, the PFDC (Federal Attorney General’s Office for the Rights of the Citizen), the Federal Public Defender’s Office and the UNHCR (UN Refugee Agency) signed an unprecedented technical agreement to identify and assist the people held in the so-called “Connector Space” at the airport. The municipal government of Guarulhos is also a party to the agreement.

“The signature is the first step. What’s important now is a swift implementation and a guarantee of the quality of the service to be provided,” said Camila Asano, coordinator of Foreign Policy at Conectas.

The idea behind the agreement – an initiative long supported by civil society – is to reduce the waiting time of these people to a minimum, guarantee them dignified treatment and ensure that they can access their rights. Two of the main objectives of the agreement are to file requests for refugee status and to solve cases involving stateless immigrants and victims of human trafficking.

“Nobody knows who they are, or where they come from. We need to understand that we could be dealing with refugee situations – and deportation, in some cases, can be a death sentence,” Aurélio Virgílio Veiga Rios, Federal Attorney General for the Rights of the Citizen, told Conectas.

According to the new agreement, an employee appointed by the Guarulhos Municipal Social Services Department, at the request of the Ministry of Justice’s Department of Justice, will provide the initial service to the immigrants and submit the most serious and urgent cases to the Federal Attorney General’s Office. The PFDC, in turn, will monitor this work through the Guarulhos Attorney General’s Office. The Guarulhos Social Services employee will receive training from the UNHCR and the Public Defender’s Office will provide free counsel to whoever needs it.

“This could represent progress compared to what happens today, when the first contact with the immigrant is made by the police. There needs to be an authority that ensures respect for human rights,” said Asano. Human rights organizations engaged in this issue praised the joint effort, but lamented the lack of participation by the Federal Police – which decided not to sign the agreement.

“The signing of this partnership demonstrates the urgency of reviewing the structure of how we deal with immigration in Brazil. This national security rationale urgently needs to be overcome,” said Asano, in reference to the Foreigner Act – the law dating back to the military dictatorship that regulates immigration in the country.

According to the PFDC, a ceremony will be held to add the final signature to the agreement – from the Guarulhos Office of Human Rights – on February 9, at midday, inside the airport.