Ordinance of the Federal Ministry of Justice restricts the right to defence and delegates power to the Federal Police force to decide the future of migrants, based on suspicion 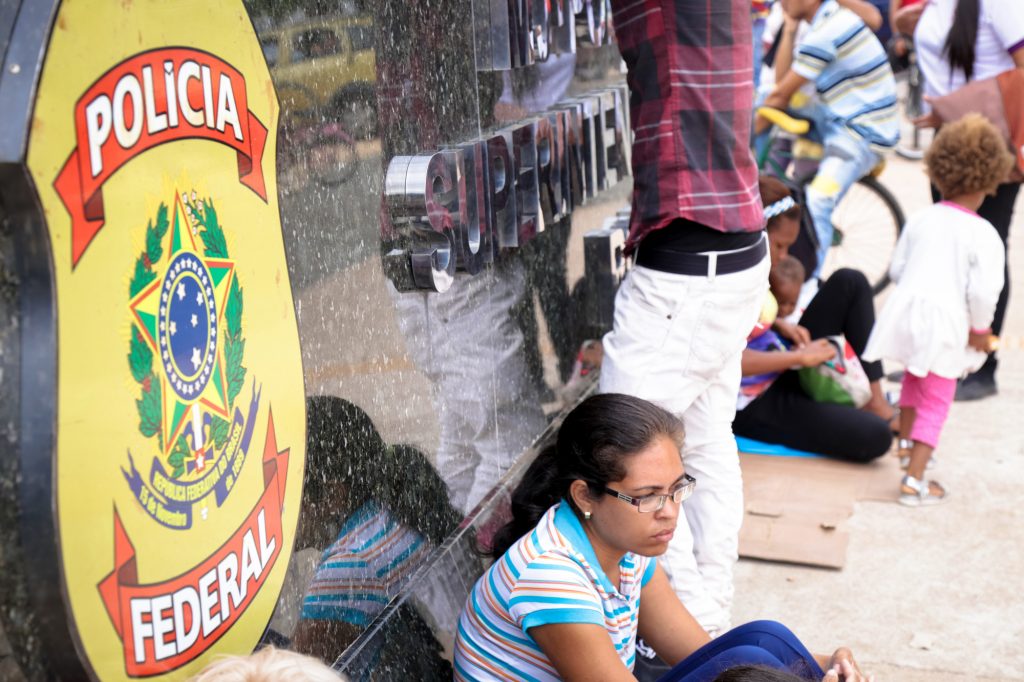 Queue of Venezuelan migrants in front of the Roraima Federal Police

An ordinance published on Friday 26 and signed by the Minister for Justice, Sergio Moro, allows for the possibility of fast-track deportation of migrants based on the suspicion that the person may be a threat to the country’s security through involvement in terrorism, organised crime of drug trafficking, among others.

The measure sets out criteria for repatriation and impediment of entry into Brazil, as well the possibility to reduce or cancel staying periods which could affect migrants living legally in the country.

Flying in the face of the new Migration Law that sets out the right to defence, ordinance MJ 666/19 gives the Federal Police the power to take arbitrary decisions. The document sets a deadline of just 48 hours for a person to be notified, to present their defence and voluntarily leave the country which means adequate analysis of the situation is hindered.

According to Asano, there are serious doubts about such a delicate issue being regulated by ministerial ordinance, especially as there are superior laws and decrees.

“Due process is a constitutional principle and an achievement of the new Migration Law. What the minister, Moro is doing is a return to the past. He is delegating judicial power to migration officers so they can decide on a person’s future, on the basis of a suspicion. The migrant community living in the country are uneasy about the measure, given the considerable legal insecurity it has caused.” She added.

Another worrying point in the ordinance is that it imposes prior confidentiality to all cases, on the pretext of preserving secret information and international investigations. This is contrary to the Data Access Law (12.525/2011) and creates obstacles to transparency and analysis of government activity by civil society.

“This condition of confidentiality gives rise to concerns about whether a person being deported and their defence case will have access to all accusations and information regarding the case for the purposes of defence.” Asano concluded.