ADPF Favelas Case: see 6 points that should be considered in the creation of the plan to reduce police lethality 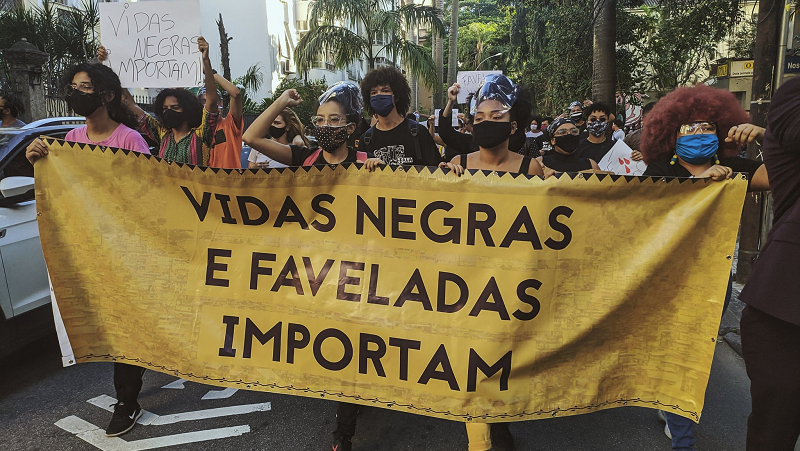 One of the primary requests of the plaintiff in the ADPF Favelas Case – a lawsuit filed with the Supreme Court by the PSB (Brazilian Socialist Party) – and the social organizations and favela movements that are participating as amicus curiae is for the Rio de Janeiro state government to draw up a plan to reduce deaths caused by police officers in the urban outskirts of Greater Rio de Janeiro. The plan to reduce police lethality is an important tool for guaranteeing the right to life in the favelas. It must contain concrete goals and strategies, and enable monitoring by civil society. This request was granted by the Supreme Court in February 2022, when the Court gave the state government 90 days to present the document.

The following month, in March, the Rio de Janeiro government published a decree with the plan. However, experts in human rights and the fight against institutional violence believe that the document released by the state is perfunctory and does not provide real and effective strategies against police violence in the favelas.

“The state published a document without any objective measures, without timetables and with vague information on the resources necessary to execute the proposals. Moreover, organized civil society was not consulted in this process,” said the lawyer Carolina Diniz, an advisor for the program to Combat Institutional Violence at Conectas.

The organizations participating in the case sent a petition in May of this year asking the Supreme Court to reject the government’s plan to reduce police lethality. This request, within the scope of the ADPF Favelas Case, was made on the same day that a joint operation by the Rio de Janeiro state military and civil police caused at least 22 deaths in Vila Cruzeiro, in the Penha favela complex. “The Supreme Court needs to put a limit on police lethality now, and this should begin with the immediate rejection of the Police Lethality Reduction Plan presented by the Rio de Janeiro state government,” reads the petition. In 2021 alone, Rio de Janeiro recorded 61 massacres, with police actions or operations responsible for three out of four such incidents over the course of the year, according to a report by the Crossfire Institute.

In a ruling published on May 27, Justice Edson Fachin, the rapporteur of the case, recognized that the plan to reduce police lethality submitted by the Rio de Janeiro state government did not include civil society participation and, accordingly, the drafting of the document was not legitimate. “Without an opportunity for democratic participation, the decision becomes illegitimate,” he said in the ruling. On Wednesday, June 1, the Rio de Janeiro government said it would present a new plan within 60 days.

See 6 points that should be considered when drafting the plan to reduce police lethality in Rio de Janeiro:

1 – Promote the discussion of the proposal with civil society, involving the Public Defender’s Office, the Public Prosecutor’s Office and the Rio de Janeiro State Bar Association.

2 – The new plan should be structured around the need to combat structural racism.

3 – Start the development of protocols for the proportional and progressive use of force and for police contacts and searches to avoid racial profiling, as well as measures to enable the temporary removal of officers from street policing activities when deaths occur.

5 – The new plan should follow the legal and philosophical principles of the ADPF Favelas Case and not prioritize reducing the victimization of allegedly innocent people or focus on purchasing more military equipment for the police.

6 – The new plan should require the installation of GPS equipment and audio and video recording systems in all police vehicles and on the uniforms of all officers, prioritizing, to begin with, their use in the poorest communities.