A thing of the past 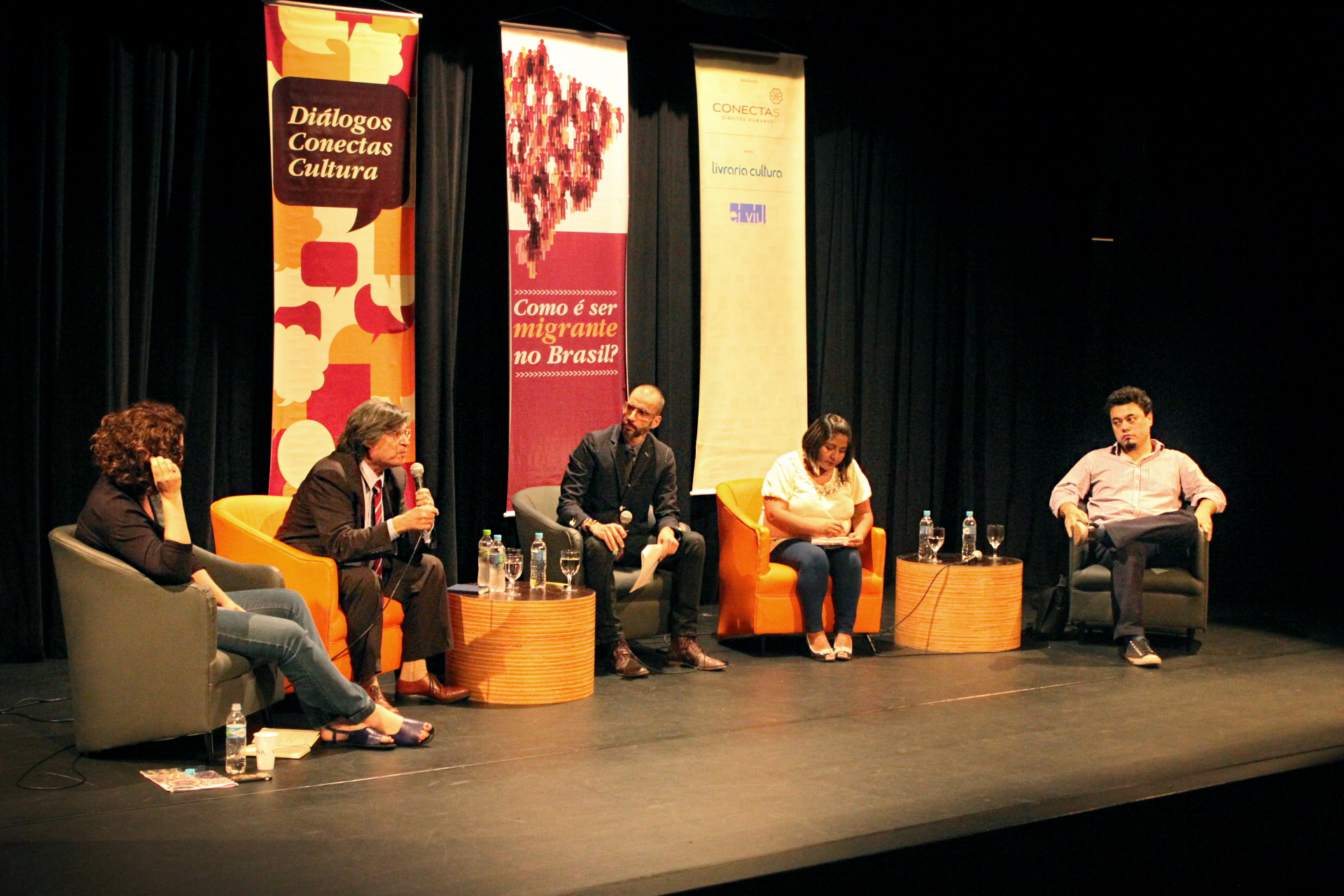 Brazil needs a new legal framework to address immigration and combat exploitation and the stigma suffered by people who come to live in the country. This is the unanimous conclusion that set the tone for the fourth edition of the Conectas Culture Dialogues.

Under the topic “What’s it like to be an immigrant in Brazil?”, the meeting brought together more than 120 people in the auditorium of the Livraria Cultura bookstore, in São Paulo. Nearly 70 online participants also accompanied the event via Estúdio Fluxo.

“It would be underestimating Brazil to claim that it has done everything it can,” said Andrés Ramirez, representative of the UNHCR (UN Refugee Agency). He went on to say that “the immigration law is outdated” and “should be based on human rights instead of national security”.

Created during the military dictatorship, the Foreigner Act was the main target of the speakers. “The law from 1980 still regulates the flow of people coming to Brazil based on the idea that every immigrant represents a potential security threat to the country,” said Camila Asano, coordinator of Foreign Policy at Conectas, who opened the debate before passing the microphone to the presenter Cazé Pecini.

The obstacles raised by this law make it difficult for immigrants to integrate into society,” explained Veronica Yujra, of the Si Yo Puedo (Yes, I Can) project, which provides guidance for young people from other countries, particularly Bolivia. “They feel like intruders, despite the fact that they contribute by paying consumption taxes,” she said.

Yujra’s arguments were reinforced by Leonardo Sakamoto, of the NGO Repórter Brasil. According to Sakamoto, an expert on combatting slave labor, “immigrants support the economic system that we enjoy and they do not”. “There are some jobs that Brazilians don’t want and immigrants fill this demand for precarious work. This is primarily an economic issue. We need to review the process of exploitation,” he said.

For Deisy Ventura, a professor at the International Relations Institute of the University of São Paulo (USP), the solution requires a profound political and legislative reform that guarantees coordination between the different spheres and bodies of the public administration and brings an end to the ‘stain of national security’. As an alternative, she mentioned the draft bill presented in August last year to the Minister of Justice – prepared based on the analysis of a group of experts in which she herself took part.

“The law is just the beginning and we don’t even have that yet. There is a long way to go,” she said. According to Ventura, reality illustrates that the restrictive policies are not limited to the flow of people, but they also fuel the prejudice against this portion of the population – “the myth of the invading hordes”, for example.

“The act of moving to another place reveals the best of the human condition. Migration is entrepreneurship for life.”