70th anniversary of the Universal Declaration of Human Rights

This document, which has 30 articles, defines the fundamental human rights that benefit all human beings, without any distinction. 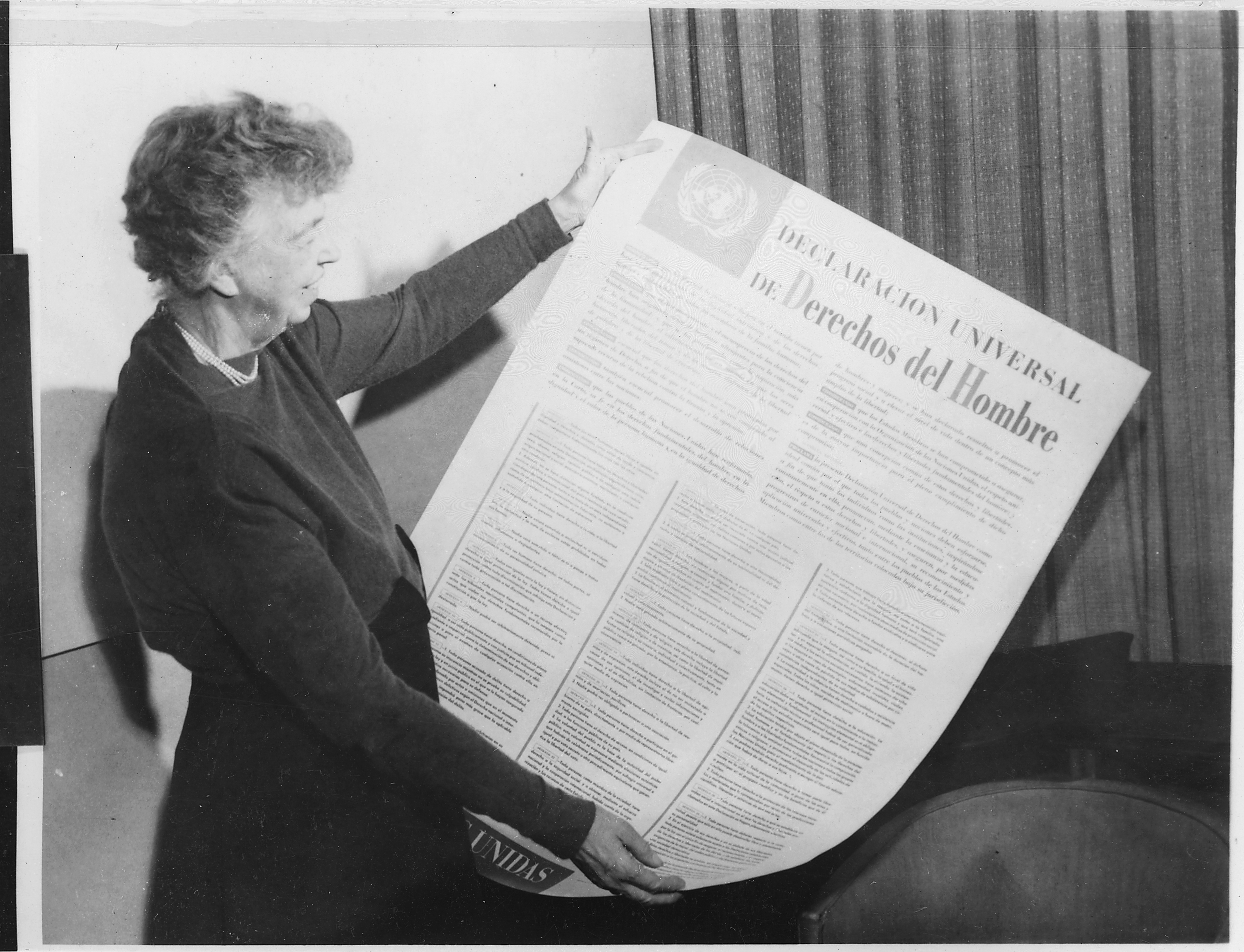 Seventy years ago, following a bleak period which saw two consecutive world wars, the member countries of the recently formed United Nations approved a document that was a landmark in ensuring human rights: the Universal Declaration of Human Rights. To celebrate this date, we have put together some questions and answers that explain the importance of the Declaration and how it has directly contributed to guaranteeing rights:

Human rights are the rights we have simply because we are humans. It is as simple as that. This means that everyone has the right to absolutely fundamental things and this is the same for all of us, without any distinction of race, colour, sex, language, religion or situation. In principle, these rights aim to guarantee people’s dignity, irrevocably, in other words, these are not rights that can be restricted or withdrawn. They are guaranteed. In this sense, everyone must have access to the same rights. These include the right to education, health, free expression, among others.

The Universal Declaration of Human Rights (UDHR) arose after the Second World War. The conflict ended in 1945. And in 1948, different countries came together to form the United Nations. The aim was to create an environment of multilateralism that would guarantee peace among nations and strengthen human rights, so that the horrors of the recently ended war would not be repeated. In was in this ambit that the Universal Declaration of Human Rights was conceived in 1948, to ensure that no human’s rights would be violated.

Other attempts to systematise what human rights are, emerged before the UDHR with the Declaration of the Rights of Man and Citizen in 1789 in France and the United States Charter of Rights in 1791, but these were not universal in the way the 1948 Declaration is. In the same year as the UDHR, the American Declaration of the Rights and Duties of Man was approved during the conference at which the Organisation of American States (OAS) was created and is considered to be the first international human rights tool.

The Declaration is made up of 30 articles that talk about a number of factors in guaranteeing rights. The first article is about exactly this: “All human beings, women and men are born free and equal in dignity and rights.” The UDHR talks about rights like freedom of association, religious freedom and condemns cruel, inhuman and degrading treatment. It also talks about access to health, education, employment and leisure. See all the articles.

Guarantees are by means of international agreements and treaties on human rights which countries sign and also through internal legislation. In the case of Brazil, the 1988 Constitution came to be known as the “Citizen’s Constitution” because it contains aspects that guarantee rights that the previous Constitution did not.

An example of this is the creation of the National Mechanism for the Prevention and Combat of Torture (MNPCT), that became law in 2011 and was adopted by Brazil in 2015, which Conectas took part in. This all derived from international treaties and agreements that preceded the local mechanism. In 1975, the UN approved the Declaration on the Protection of all Persons from being subjected to Torture and other Cruel, Inhuman or Degrading Treatment or Punishment which inspired the formulation of the Convention against Torture and other Cruel, Inhuman or Degrading Treatment or Punishment in 1984, also by the UN. The Convention was incorporated in Brazil in 1991. Nowadays, the role of the MNPCT is to visit prisons and detention units with the aim of identifying violations and proposing measures to prevent cases of torture and to punish those responsible, if this is the case.

It is clear that, human rights work within a complex range of themes, that are a practical part of everyday life. If today we have the right to access health and education, if we can enjoy moments of leisure and paid holidays, if we are free to express our faith, this all stems from the victories and reassertions of the Universal Declaration of Human Rights, Therefore the defence and guarantee of these rights is the responsibility of every one of us.