7 human rights recommendations made to Brazil during the UPR

The fourth cycle of the UN Universal Periodic Review, in 2022, was marked by calls for the protection of indigenous peoples and human rights defenders 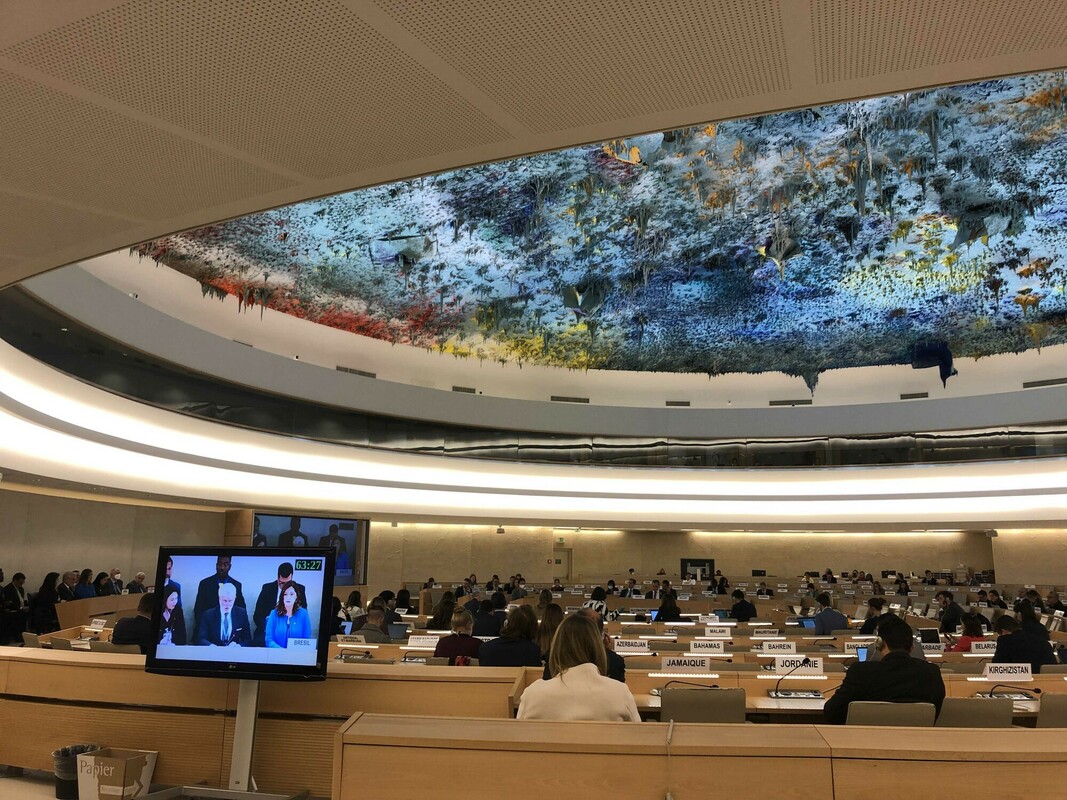 Brazil has begun the fourth cycle of the UPR (Universal Periodic Review) in the UN Human Rights Council in Geneva, Switzerland. At the review, a form of accountability in the field of human rights that happens every four years, 119 Member States made recommendations to the country based on three documents: what Brazil says about itself; the problems identified by civil society; and the compilation of reports from UN agencies on human rights in Brazil.

The document by the Brazilian government explaining the measures that have been taken was prepared by the Ministry of Women, Family and Human Rights. It was released in May 2022 based on the recommendations made in the third cycle. According to analysis by the UPR Group – made up of 30 Brazilian organizations that are monitoring the review process – the Brazilian report “is a very long way from reflecting the sad current reality of setbacks and dismantling of human rights that have occurred in the country in recent years”.

The need to demarcate indigenous territories, strengthen protection bodies and reject the so-called “time frame” thesis for indigenous land was brought up by 25 countries. As recommended by Switzerland, Brazil urgently needs to promote 1) “the constitutional rights of indigenous peoples, resuming, without delay, the process of demarcating their lands, allocating financial and human resources to protect them”, while also noting that it is necessary to “strengthen key institutions such as Funai (National Indian Foundation)”.

Norway also reinforced this urgency by recommending that Brazil 2) “complete the land demarcation processes, reject the ‘time frame’ thesis and ensure that indigenous peoples are protected from threats, attacks and forced evictions” and that it should ensure “respect for the right of indigenous peoples to free, prior and informed consent by establishing formal and inclusive procedures”.

According to the international NGO Global Witness, Brazil ranks in first place among countries that most kill human rights defenders worldwide, with 342 murders over the past ten years. It is no coincidence that, among the reviewing countries, 16 urged protection for environmental and human rights defenders and journalists in order to enable the work of civil society and guarantee freedom of the press.

“In addition to the record number of killings of rights defenders, the federal government has worked actively over the past four years to criminalize the work of civil society and persecute opponents, as well as to resist the demarcation of indigenous lands, to increase gun ownership among the population and to incite attacks on the press,” said Camila Asano, program director at Conectas.

Among the recommendations, countries such as Sweden stated that it is necessary to 3) “ensure that threats and attacks against all human rights defenders are promptly and thoroughly investigated, and that those responsible are held accountable in accordance with due process and the rule of law”.

The fight against racism and violence against the black population was also one of the main highlights of the document. More than 15 countries asked Brazil to pay more attention to police lethality against black people, enforced disappearances, the combat and prevention of torture and access to justice for the poorest population.

As noted by Canada, it is necessary to 4) “take measures to prevent, investigate and prosecute alleged cases of police abuse, with specific actions to address racism and violence, particularly toward Afro-Brazilians”. The United States also pointed out 6) the need to protect freedom of religion and belief.

In reference to several social factors, Argentina recommended that Brazil 5) “continue working to adopt the pertinent reforms to have a legal and public policy framework that allows for a more effective fight against racism, discrimination and structural violence against persons of African descent, with an intersectional perspective that includes LGBTIQ+ people and measures to prevent crimes due to prejudice against the trans and transvestite population and travesticides and transfemicides”.

More than once during the session, the Brazilian delegation reinforced that Brazil believes in life from conception, which contradicts the country’s own legislation that permits abortion in cases of rape, risk of the mother’s death or anencephaly, via a Supreme Court ruling.

The inconsistency on the topic was highlighted in the recommendations of the Member States, which called for respect for women’s rights, both in combating gender violence and in full access to sexual and reproductive rights. The recommendation to 7) “ensure that the right of women to freely access safe and legal abortions is guaranteed, without bureaucratic obstacle or discrimination, and in conditions that meet the need for privacy, respect and support” was made by Australia.

Videos: watch the statements from Brazilian civil society who are accompanying the UPR (in Portuguese):