50 years after the coup 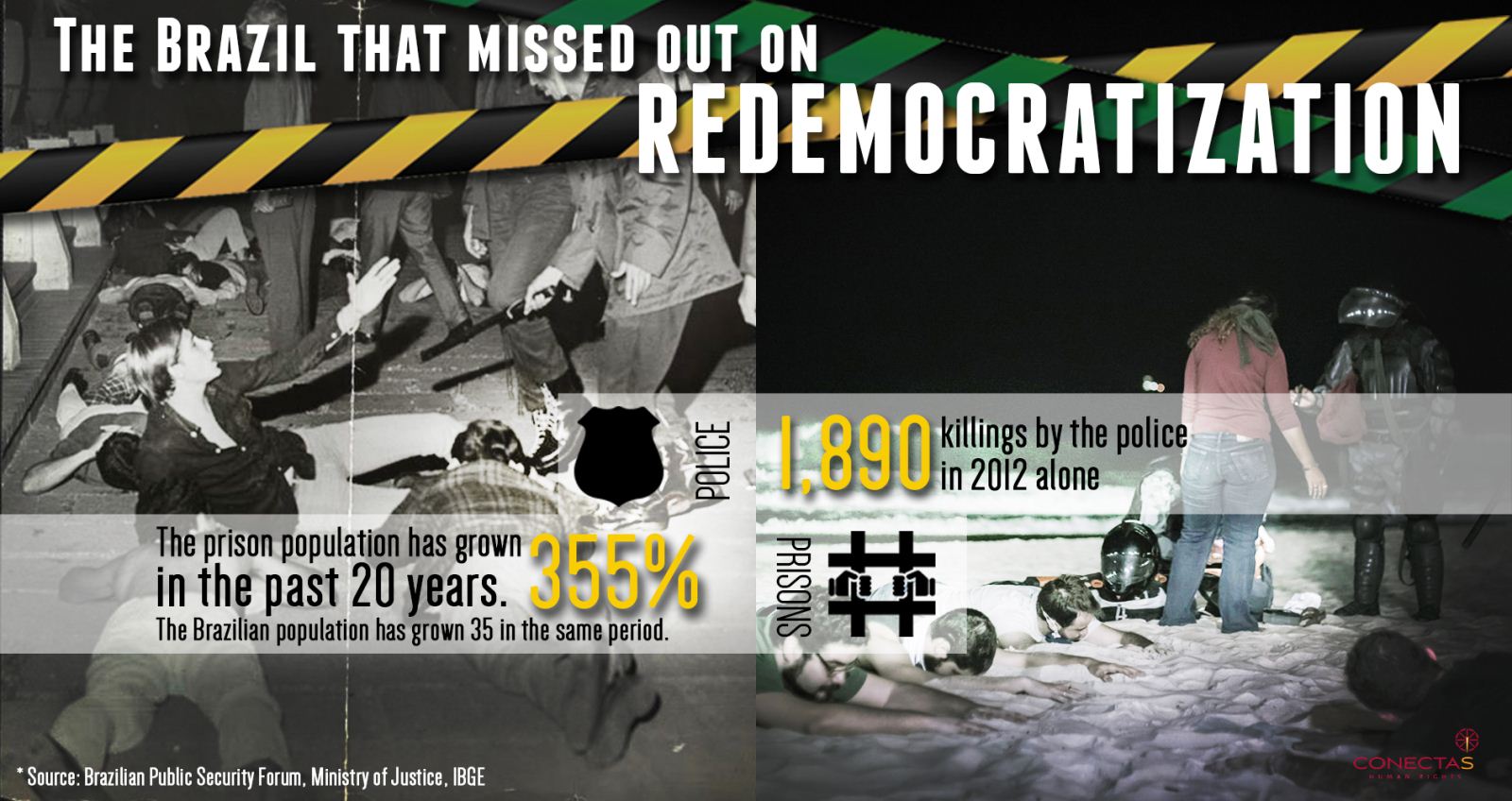 Since the end of the dictatorship, Brazil has made remarkable advances in many areas. The first and most obvious is the establishment of a formal democracy. In free elections, Brazilians can once again decide who will govern the country and who will make the laws that regulate life in society. In the field of economics, the policies to combat poverty and reduce inequalities have had commendable results. Rates of illiteracy and infant mortality have fallen, university enrollment has been expanded to a previously unreachable segment of the population and the press has been freed from the constraints of prior censorship.

But there are at least two aspects of Brazilian life that have changed little since the end of the dictatorship. The first is the prison system. The second is the police and how they view society, especially its poorest members.

In the 1960s and 1970s, torture was perpetrated against political dissidents. This brutal practice continues to this day. It may not be used any longer against the “internal enemy”, the communists and the opposition, but it remains firmly in place for the more than 550,000 people currently imprisoned in Brazil. For anyone in doubt, just look at what happened in January last year at the Vila Velha III State Penitentiary, in the state of Espírito Santo. There, as punishment, 52 prisoners were forced to sit, naked, on the scorching hot surface of an outdoor sports court, from midday to 2 pm. The photos received by Conectas showed prisoners who were so badly burned, the skin had come off their buttocks.

The UN has said that torture is systematic and a daily occurrence across Brazil. This means it is not personal abuse or misconduct, but a policy that is built into the system, a legacy of the security policy of the dictatorship that has been difficult to shake off.

Hand-in-hand with this is the police. The violent repression of the demonstrations that began in June last year raised the visibility among the Brazilian elite of the militarized and archaic standard of law enforcement in the country. It brought to the surface the fact that policing is one of the few areas that has not democratized since the adoption of the Constitution of 1988, which in article 144 maintained a military police. This police force is among the most violent on the planet, responsible for 5 deaths per day, or 2,000 per year. The chain of command, military discipline, the severity of the barracks, administrative detentions, combat boots and marching drills are all elements that distance the police from a civil approach to law enforcement. Citizens start to be viewed as the enemy to be fought instead of people for whom they are providing a service and guaranteeing security.

Added to this is the lack of coordination between the military police and the civil police, which means in practice there are “two half-police” services – and almost no respect for the limits imposed by the democratic order. For every 100 murders in Brazil, only 8 are solved, exposing the sordid reality that, in the absence of any proper investigations, we have turned the police into a force that criminalizes poverty. There is no doubt about the prevalence of social and racial criteria in law enforcement and investigation.

I do not mean to ignore the many advances of the past 50 years. No one of sound mind would deny that it is better to live in a democratic country where Institutional Acts can no longer be used to suspend individual rights and guarantees, like what happened with Institutional Act No. 5 and its secret provisions. But the celebration of democracy cannot ignore the fact that, in the prisons and in the police force, there is still a lot to be done before we can take pride in having turned the page, 50 years after the coup.