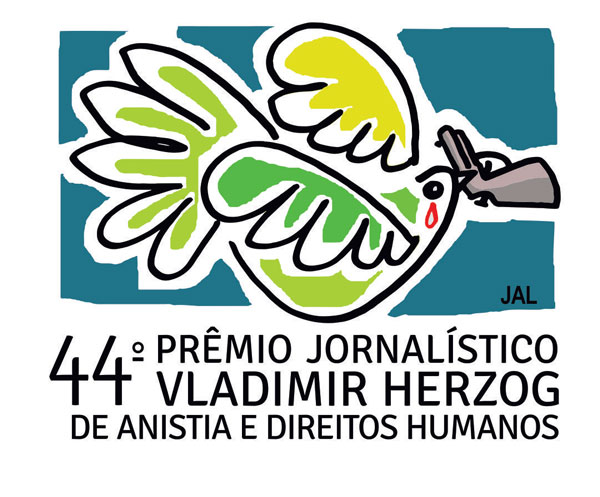 Journalists, artists and photojournalists from all over Brazil have until 30 June to submit their work and compete for the 44th Vladimir Herzog Award for Amnesty and Human Rights. The Vladimir Herzog Award is considered to be one of the most important distinctions of journalism in the country. It is nationwide and every year it acknowledges work that validates democracy and human rights.

To take part go to the Award site, complete the registration form and attach your piece of work. It must have been published or broadcast within the period of 1 July 2021 to 30 June 2022 (end of the day). For the category Non-Fiction Book, reintroduced last year, work that was edited between 1 January and 31 December 2021 will be accepted.

The Organising Committee have decided to keep the registration fee at R$50,00 (fifty reais), the same as last year. This is a demonstration of the commitment of the society and communications professionals to this historic award. The money collected with this contribution will help the organisers to honour commitments made with partners and suppliers involved in another edition of the Award.

The 2022 edition will also have partnerships and strategic support from the São Paulo Municipal Chamber, the Brazilian Writers´ Union, OBORÉ, PUC-SP and TV PUC.