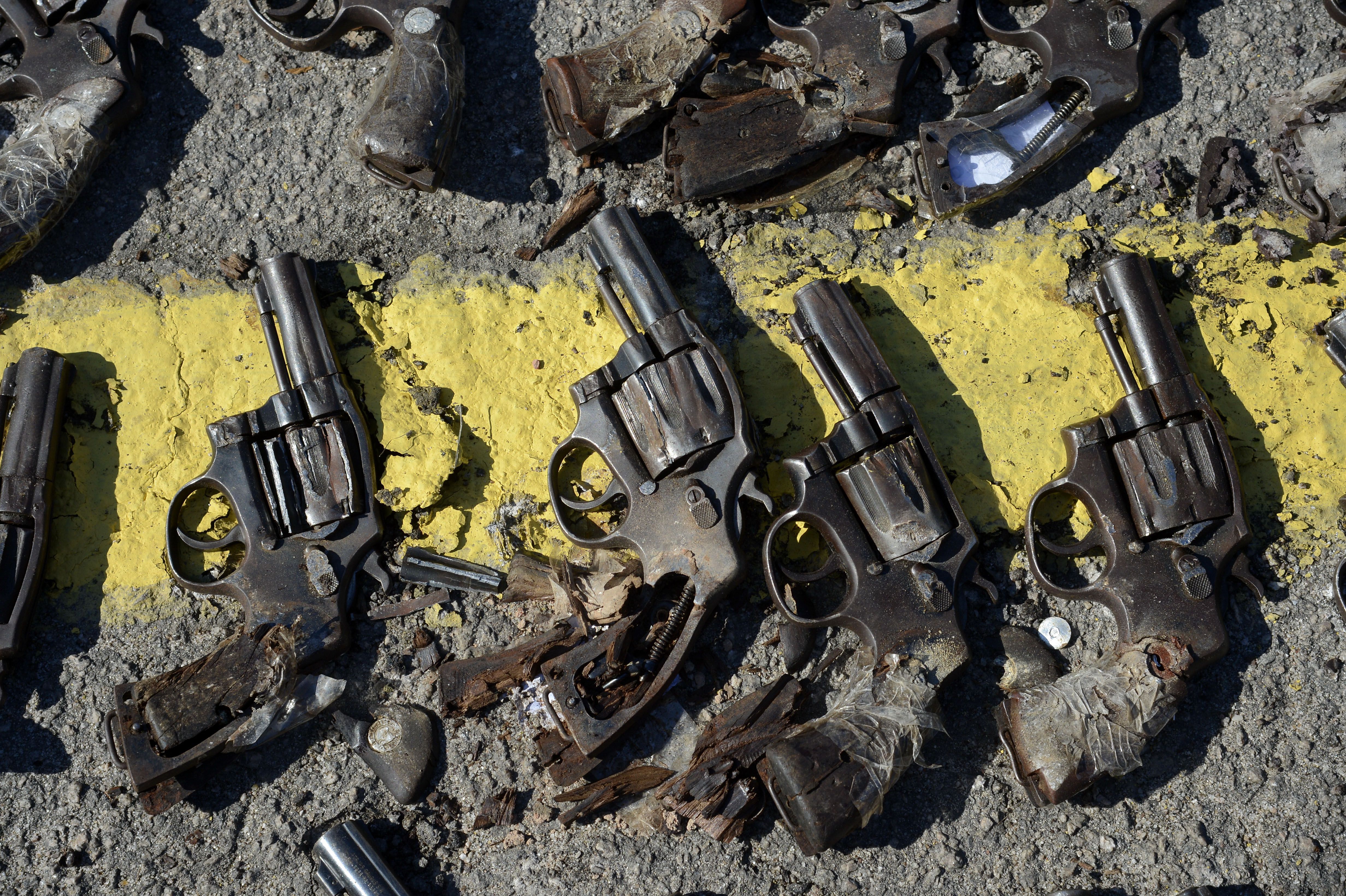 Obsolete and unusable weapons taken to be destroyed by the Army. Photo: Tânia Rego/Agência Brasil)

Brazil is one of the most violent countries in the world. In 2018 alone, according to data from the Atlas da Violência, almost 58 thousand people were the victims of homicide. This represents a rate of 27.8 people murdered in every 100 thousand inhabitants, far higher than the world average of 6.1 in every 100 thousand inhabitants, according to UN data from 2017. Of these deaths over 71% were caused by firearms and involved mainly young (53%), black (76%) men (92%).

Approval of the Disarmament Statute was an important landmark in reducing deaths. While the average annual murder rate involving firearms increased an average 5.9% between 1980 and 2003, this figure dropped to 0.9% in the years following its implementation.

This policy, which has saved so many lives, has been seriously threatened since the beginning of Jair Bolsonaro´s government. Bolsonaro is a critic of the Disarmament Statute and a supporter of possession of arms as public security policy, despite there being no data to corroborate a link between more arms in circulation and reduced criminality. He has issued a series of bills that have been gradually making it easier to own firearms and ammunition. Furthermore, the government has allowed citizens access to arms that were previously restricted to security forces, such as 9mm pistols and semi-automatic rifles.

However, no measures have been taken to tackle the deviation of arms and ammunition to avoid them falling into criminal hands, such as improving marking and tracking.

Conectas is working on the consolidation of public policy for controls on possessing and carrying firearms, as well as tracking of arms and ammunition. On another front, we are also working on the abusive use of less lethal weapons, like gas bombs and rubber bullets, by state security forces. To this end, we are active in Congress and in the judiciary, questioning normative changes that go against the principles of the Disarmament Statute.