Senate passes legislation allowing military personnel to be tried in their own courts; bill sent to the president for signing 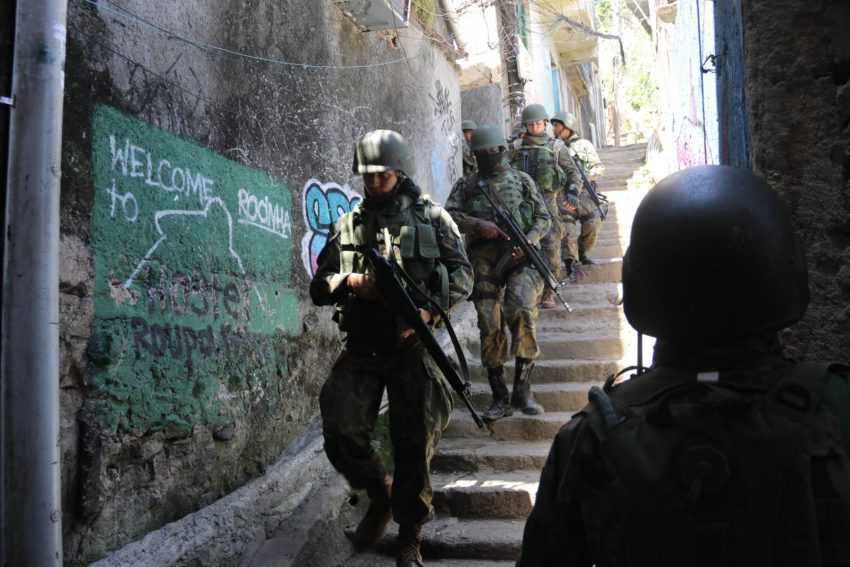 Senators approved Lower House Bill 44/2016 that permits intentional killings of civilians committed by the Armed Forces to be tried by military courts instead of civilian courts.

As far as Conectas is concerned, President Michel Temer has a responsibility to veto the bill and to put a stop to the safe conduct of military personnel who commit violent acts.

This so-called “legal security”, in the words of the Army, guarantees that soldiers who are assigned to law enforcement operations, as is currently the case in Rio de Janeiro, can be tried by other military personnel instead of by judges with a law degree in the event that they are involved in the killing of a civilian.

The bill was approved in the Lower House of Congress in July 2016 and in the Senate now without ever being submitted to a public hearing.

The text also ignored the amendment proposed by Senator Chaves to remove the time limit included in the original bill, of December 2016. This maneuver prevents the text from returning to the Lower House, which would delay its passage through Congress.

“Military troops, although they are trained to serve in exceptional situations of war and protection of the borders, have been irresponsibly called on to perform policing activities, as we have seen in Rio de Janeiro. It is very clear, as we have already witnessed in various other similar situations, that this will result in deaths and other violations and that the Army does not want to be held to account for this,” said Marcos Fuchs, associate director of Conectas.

“So, we are talking about a bill that breaches the Constitution, disrespects international commitments made by Brazil and, most importantly, gives carte blanche for violations to be committed without any accountability. This is why President Temer has a real obligation to not let this become reality,” he concluded.