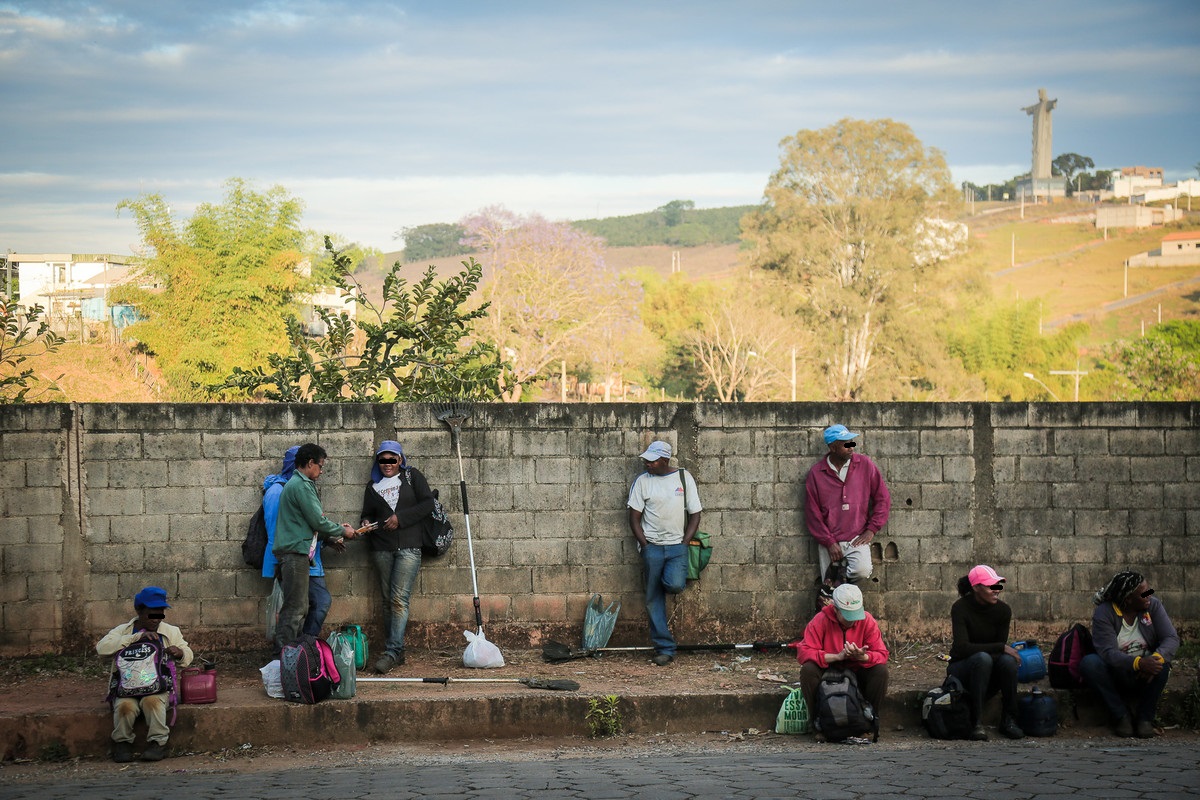 Agricultural laborers wait for transport (bus or van) to take them to the coffee farms where they work under degrading, slave labor conditions

In a report presented at the 45th session of the Human Rights Council, which is being held between September 14 and October 2, Brazil was cited as an example of the reduced capacity to monitor and detect violations of labor rights and contemporary slavery.

According to the document entitled “Impact of the coronavirus disease pandemic on contemporary forms of slavery and slavery-like practices”, Brazil’s Special Mobile Inspection Group, a body that reports to the Economy Ministry tasked with investigating allegations of forced labor, “significantly reduced its operations, while vulnerability to labor exploitation and abuse has been increasing”.

The report also highlights the vulnerability of migrant workers employed on coffee farms.

“Around half of the cases detected by that agency in 2019 involved Venezuelan refugees and migrant workers, who are among those severely affected by the health and economic crisis, not only in their home country but also in Brazil,” reads the report.

Session with the rapporteur

On Wednesday, September 16, in a hearing with the UN special rapporteur on contemporary forms of slavery, Tomoya Obokata, during the 45th session of the Human Rights Council, Conectas pointed out the reduction in the number of investigations into forced labor during the pandemic caused by the novel coronavirus.

In a video-recorded statement, the lawyer Paula Nunes, an advisor for the organization’s Development and Socioenvironmental Rights program, pointed out that, between January and June this year, only 110 workers were rescued in 31 locations inspected by the Special Mobile Inspection Group.

The expert also highlighted “deep budget cuts” in public policies aimed at eradicating slave labor in Brazil since 2016 and that have been cut further since the dissolution of the Ministry of Labor in 2019.

“It’s important to note that, between 2016 and 2018, 82% of the workers rescued from slave labor conditions in Brazil were black. Most are males between 15 and 29 years old, born in the Northeast region of the country,” said Nunes.

In its statement, Conectas asks that the rapporteur closely monitor the labor and human rights situation in Brazil and that the Brazilian authorities make progress on drafting legislation on transparency in the production chain, in compliance with the “UN Guiding Principles on Business and Human Rights”.