The session organized by Conectas at the 4th edition of the Urban Circuit, an event of the UN Habitat, will host experts and public officials who work on the intersection between human rights and the climate crisis 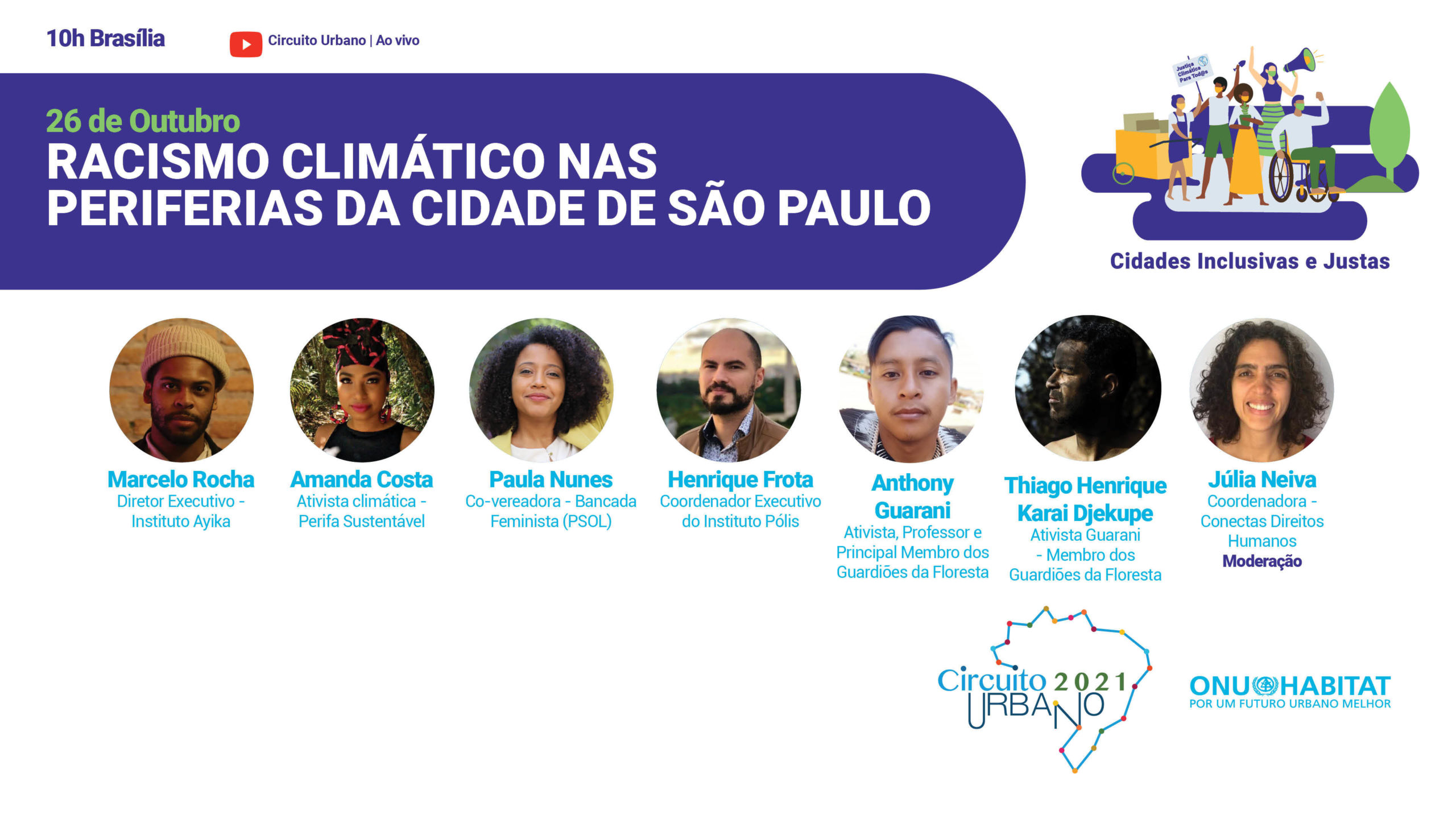 On Tuesday, October 26, the 4th edition of the Urban Circuit, an event staged by the UN Habitat office in Brazil, will host the panel “Climate racism in the urban outskirts of São Paulo”, organized by the Defense of Socioenvironmental Rights program of Conectas. The session will begin at 10 am (Brasília time) and be broadcast live on YouTube.

Discussion on the climate crisis in the urban outskirts

The panel will host a discussion on the urban outskirts in the context of the climate crisis, considering the relationship between climate racism and human rights violations in the outskirts of São Paulo. The debate will also address the unique experiences of black and indigenous women against this backdrop, in order to reflect on the burdens borne by black and indigenous women in the urban outskirts, the unsanitary conditions in the territories and the shortage of public services that promote quality of life and well-being.

About the Urban Circuit

To stage the debate on the topics of Urban October – the month begins with World Habitat Day (October 4) and ends with World Cities Day (October 31) – the UN Habitat office in Brazil created, in 2018, the Urban Circuit, an initiative to give visibility and institutional support to events organized by different actors across the country.

In 2021, the 4th edition of the Urban Circuit will once again be held totally virtually, with events that are either live or recorded in advance, on account of the persistence of the Covid-19 pandemic. The topic of Urban Circuit 2021 is “Cities on the frontline of climate action” and the events are related to four main themes: 1) Sustainable and Carbon-Free Cities; 2) Inclusive and Fair Cities; 3) Healthy Cities; and 4) Resilient Cities.