According to document, if allegations are confirmed, the Governor of Rio may be violating international human rights treaties 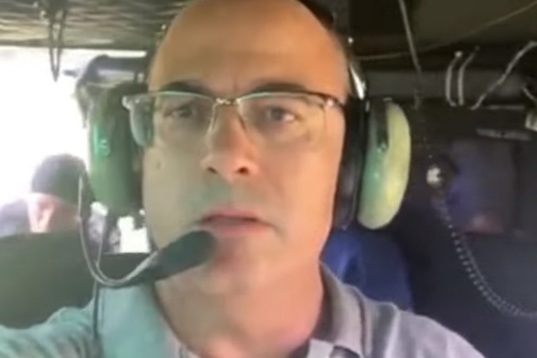 An official communication to the governor of Rio, Wilson Witzel from the UN (United Nations Organisation) Special Rapporteur on Extrajudicial Executions, Agnes Callamard and the OAS (Organisation of American States) Inter-American Commission on Human Rights, questions the abusive use of force against poor communities in underprivileged areas of Rio de Janeiro. The document, sent on 20 June, was made public on Monday 19 August. Until now there has been no response from the governor of Rio.

Among the cases mentioned in the communication are the time when the governor appeared in a live broadcast from a helicopter during an operation in which it was reported shots were fired on tents being used by religious groups as well as the death of eight people in an operation in the Maré favela, both in May. Also mentioned is the death of the musician Evaldo dos Santos Rosa, in April. He was the target of over 80 shots into the car he was in with his family.

The communication cites information from the Rio de Janeiro Public Security Institute according to which 434 people were killed by the police forces from January to March 2019, an increase of 18% compared to the same period last year. The document also stresses that the majority of the victims are young black men from favelas and that, if allegations are confirmed, the Rio government may be violating articles of the International Covenant of Civil and Political Rights, of the Convention of the Rights of the Child, of the Universal Declaration of Human Rights and of the American Convention of Human Rights.

“Official encouragement of what appears to be a deliberate shoot-to-kill policy in the context of anti-drug and anti-crime efforts was reportedly expressed in recent declarations by the Governor of Rio de Janeiro Wilson Witzel.” The document says. “We call upon the Government to bring its domestic law in line with international standards in this regard, especially concerning public security or security policies or practices that negatively impact suspected criminals, including Afro-descendant persons.” The document goes on to say.

“The official UN and OAS communication serves as a strong warning against Governor Wilson Witzel’s violent practices and speeches against the poor black inhabitants of the Rio favelas.” Said Juana Kweitel, Executive Director at Conectas. “Supposedly in the name of the ‘war on drugs’, the Rio Governor is running roughshod over domestic and international laws concerning human rights and is turning citizens into targets through a declared policy of summary execution. We hope that the Rio Government and governments of other Brazilian states are aware of their obligations and will refrain from encouraging violence in underprivileged areas.” She added.