“This is a COP that will have to produce results and a legacy for Africa,” says Izabella Teixeira

The former Environment Minister, who is part of the group of experts at the UN Climate Conference, reflects on the expectations for COP27, in Egypt, and what changes with Lula’s victory 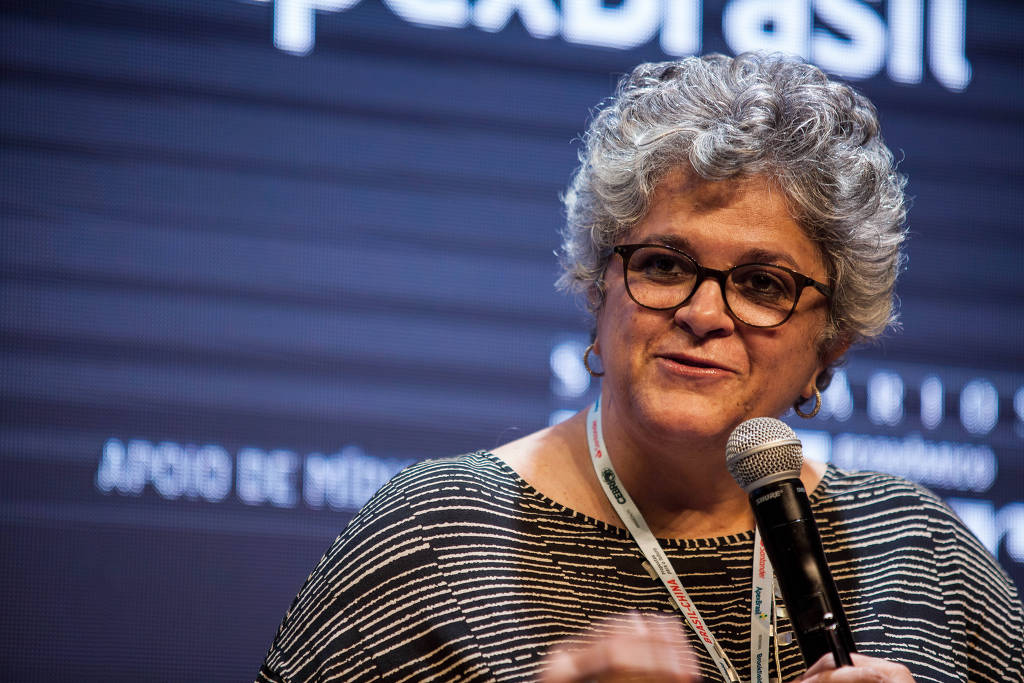 Brazil was a different country when Izabella Teixeira headed the Ministry of the Environment between 2010 and 2016. But for her, it is no longer possible to reproduce the conditions of the past. After the impeachment of President Dilma Rousseff and the government of Jair Bolsonaro – which Teixeira considers to have been disastrous – it is necessary to consider environmental solutions that can be maintained regardless of who is president. “This matter of setbacks is an underlying concern in my mind,” she said.

As one of the leading voices on climate issues, Teixeira is currently co-chair of the International Resource Panel, the science-policy platform of UNEP (United Nations Environment Program). In 2022, she was invited to join the “Friends of COP27”, a group formed by leading climate representatives and whose function is to assist decision-making at the UN Climate Conference, which this year is being held in Egypt, between November 6 and 18.

In a conversation with Conectas, the former minister talks about the prospects for the event, detailing what the points of attention should be, reflects on what changes we can expect in the environmental and social area after the announcement of President Lula’s victory and analyzes the harm left by Jair Bolsonaro after four consecutive years of record deforestation.

What impact will Luiz Inácio Lula da Silva’s victory have at COP27 for Brazil?

I think it creates an expectation that Brazil will once again play a strategic role in the climate agenda, that it will be a country that makes achievements, that promotes development, that values the multilateral system… And it is symbolic that Lula will participate in a COP in Africa, because he has always considered the climate agenda to be associated with social issues.

He demonstrates that Brazil has a political voice for protecting and affirming the rights of traditional peoples, and this will resonate with the world in a very important way. Lula is a leader in a world that lacks leaders. His return to power with this area as a priority offers the global climate agenda more than just hope; it also offers an assertiveness of political engagement where international cooperation must moderate these global benefits beyond national interests.

In your view, what discussions will underpin the event?

As far as I am concerned, this is a COP that will have to produce results and a legacy for Africa. It is a continent that is very deeply mired in poverty. This is why I openly defend that we must find ways not only to limit global warming to 1.5°C [following the target in the Paris Agreement], but also to cater to these countries that are more exposed. Extreme weather events are increasingly more frequent and more intense, so we have to know how to deal with this.

On the other hand, there is still the matter of climate finance, which is becoming more convergent with development finance. Just as we used to talk about developmentalism in the past, we’re going to be talking about “climatism”, or something like that, because the climate agenda and technological innovation will shape the 21st century. This is why we are going to pursue development solutions for the world, by combining the recovery of nature with well-being. The COP will have to work with this geopolitical complexity and with the prospect of a recession next year, against a backdrop of a war between Russia and Ukraine.

This is a COP that, in addition to energy security, will also certainly address the matter of food security, hunger, food production and the impact of inflation on the food chain. This is a concern for the world, because it also touches upon the issue of public health, which is a red-hot topic since the effects of climate change lead to food security vulnerability. And the COP in Africa is an exceptional stage for this, because there is a discussion in Europe and the United States to fight against the new colonization process of Africa.

Following the declaration of the victory of President Lula, countries like Germany and Norway have already announced the release of funds to finance the Amazon Fund. What will the role of the Amazon be in the COP?

The Amazon will play a strategic role because global warming cannot be limited to 1.5°C if the forest is not standing. What changes now is that we have the presence of a country that has 65% of the Amazon committed to preservation. It is a great sign for multilateralism, for the UN. The presence of Lula at the COP takes the conversation to a whole other level. It is important for Brazil to view the Amazon as a catalyst for national interests and for the common vision of cooperation on the climate issue, not only for mitigation, but also for adaptation. This is reflected in the bilateral, trilateral and regional relations.

President Lula has already announced the intention to create a Ministry of Native Peoples. What impact will this have on climate defense?

This represents the recognition of the political role of traditional peoples in society. It’s very important because it is consistent with an international movement to recognize the rights of these peoples. It’s an alignment by Brazil with more contemporary issues. By abandoning deforestation and misadventures, and combating inequality, we will be pursuing a fairer, more protected and more developed Amazon.

In your point of view, what are the most alarming climate impacts left by the Bolsonaro government?

I think everything done by the Bolsonaro government with regard to this agenda has been a failure. Everything has been disastrous, because it was not based on respect for institutions or the importance of public policy. Three things represent this well: the first is the loss of control of deforestation and the fact that the Amazon has been dominated by organized crime. This is an unprecedented complexity. The second point is the disastrous exposure of the institutions, completely weakening the environmental issue, as we have seen with the environmental watchdog IBAMA, and favoring the opposite side of the agenda. In other words, deforestation increased, controls were weakened and regulation imploded. The legal security of the region was totally compromised.

By putting the Armed Forces in charge of policing the environment, the government gave this institution an authority it should not have. It would be like asking an IBAMA inspector to buy a tank. The Armed Forces have the competence for many things – they have always worked with us providing logistical support in fighting crime. But they have been exposed to the incompetence of the model adopted by the Bolsonaro government. That any Brazilian institution survived at all is heroic, it’s important to understand this. The SUS [public health system] is a good example of this. But it’s disgraceful! From education to the environment, there is nothing left in Brazil. In third place, the Bolsonaro government destroyed all the paths and plans for international cooperation in Brazil.

Dialogue with civil society was also quite compromised, wasn’t it?

Everything I’ve said can be reinforced by the loss of political space for civil society. They put an end to the institutions, including the scientific ones, and put an end to the political spaces for dialogue with civil society. They were all annihilated. To the point that the climate governance model that the government has approved is a relationship between government and the private sector.

What can we expect for the climate agenda from the next government?

The new government will have to understand what worked in the past, and it will also have to be bold enough to tread new paths in order to avoid setbacks. It’s no use going back to what things were like before. The world is a different place now. We need to consider solutions that can last for ten years, without permitting the setbacks that are happening now. How can we guarantee the control of deforestation without the government? This matter of setbacks is an underlying concern in my mind.