The UN and the OAS on Witzel’s public security policy 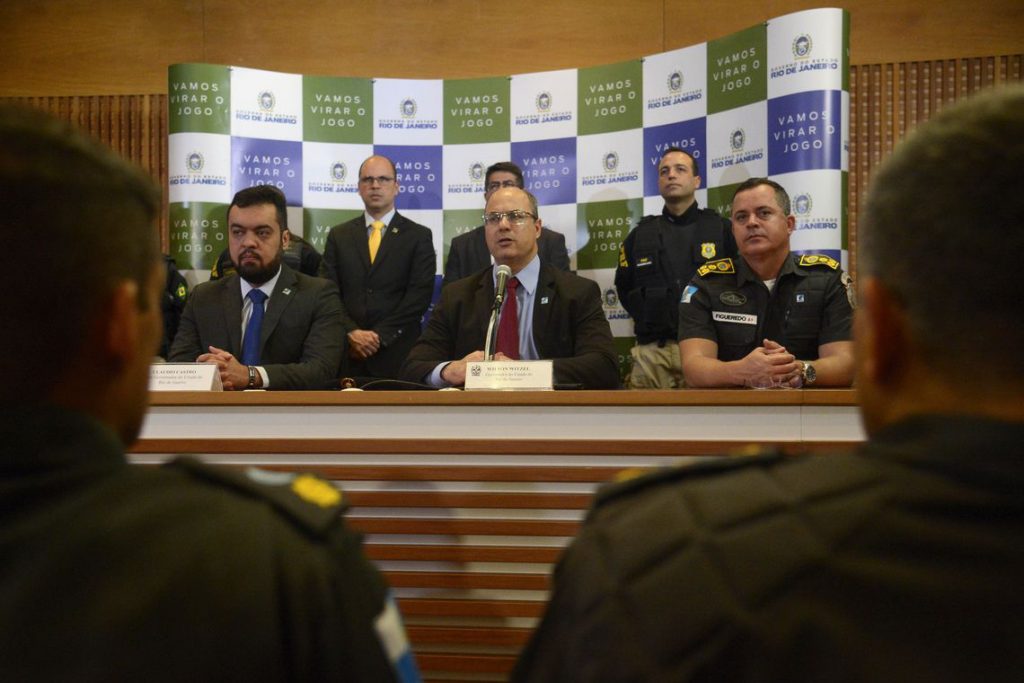 On Monday 19 August, the UN Special Rapporteur on extrajudicial executions and the IACHR (Inter-American Commission on Human Rights), an organisation connected to the OAS (Organisation of American States) released a letter that had been sent to the Brazilian government regarding the public security policies of the Rio de Janeiro Governor, Wilson Witzel.

The official communication, signed by UN Special Rapporteur Agnes Callamard and by Assistant Executive Secretary of the IACHR, Maria Claudia Pulido, sent on 20 June, was kept confidential until Monday 19 August, just one day before the Governor was seen commemorating the death of the man who hijacked a bus on the Rio-Niterói bridge.

The 60-day confidentiality period is a practice determined by international organisations to ensure that countries have enough time to respond to issues raised. Brazil, however, did not respond by the date set and the letter was made public.

“The Brazilian government’s failure to respond is a sign of disrespect, but it is not the first time this has happened. When a document of this nature sent by international organisations, annoys them, our country’s authorities prefer to ignore it, which is a failure to meet the responsibilities Brazil has committed to.” Said Camila Asano, Conectas Programme Coordinator.

There is a further mitigating factor in Brazil’s position at the international level. Brazil is applying for a seat on the UN Human Rights Council. This is the most important setting in the UN in terms of discussions concerning human rights conditions around the world.

Brazil, already a member and now trying to be re-elected, is an official candidate for one of the two seats available, along with Venezuela. The election is being held on 16 October, during the UN General Assembly in New York. Although the number of seats is the same as the number of candidates, the fact that its image and commitment to the fulfilment of human rights are being questioned by a UN Special Rapporteur, could have a negative impact on the country’s application.

“This document and the failure of the Brazilian government to respond are not in line with what is expected of a country applying for a seat on the UN Human Rights Council. This shows that the country is going against Council decisions and against what is expected of a member of the organisation, ie cooperation with its special procedures, in this case, those of the Special Rapporteur on extrajudicial executions.” Says Asano.

Countries elected for the Council receive a mandate of three years which is renewable for another three. Being part of this Council attributes legitimacy in terms of protection and promotion of human rights in the eyes of the international community.

“A country that is a member of the Council is expected to have the highest standards in the promotion and protection of human rights, to cooperate and work positively towards this issue around the world and to invite Special Rapporteurs to visit the country and to produce reports within deadlines.” She explains.

Asano also stresses that being a member does not mean the country cannot be evaluated by the Council and be subject to resolutions that go against its own position. “Its participation as a member places it under greater public scrutiny. Its accountability to society is actually much broader.” She concluded.

In response to the UN and IACHR’s request for information sent on August 27th, the Brazilian state says it reaffirms “its commitment to the protection of human rights in public security activities” and informs that the theme “Human Rights” is part of Thus, in 2018, the State of Rio organized 23 training sessions on racial equality and religious freedom, of which 15 focused on training security officers.