Interview: the risks and benefits of the Fake News Bill

Francisco Brito Cruz, director of InternetLab, explains the origins of the proposal, the amendments and the positive and negative aspects of the bill that now heads to the Lower House of Congress 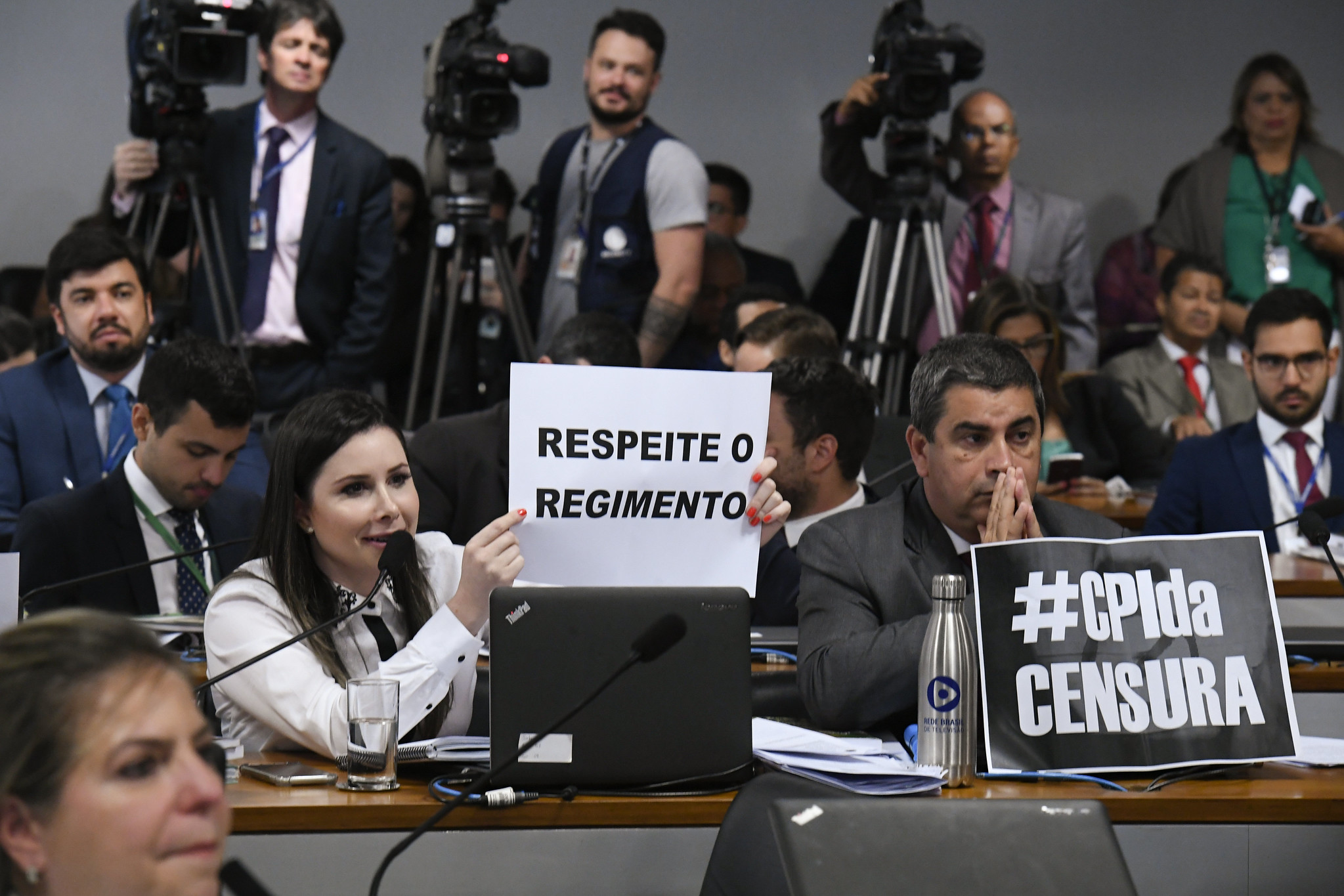 The main text of the bill that proposes to combat fake news on the internet was approved in the Senate in late June. The vote lasted nearly 5 hours and did not include public hearings that would enable a more in-depth discussion on the topic. The result was a victory by 44 votes in favor of the bill and 32 votes against. The bill now proceeds to the Lower House of Congress.

Although the president of the Senate, Davi Alcolumbre, emphasized that “the new law is essential to protect the lives of all Brazilians”, several civil society organizations and social movements that work with digital rights and technology companies themselves identified reservations and concerns with the substance of the future law, if it passes through Congress and is signed by the president.

According to InternetLab, an independent research center on law and technology, the bill tramples on rights and contains clauses that are potentially unconstitutional. Similarly, the platforms Facebook, Google, Twitter and WhatsApp say that the proposal requires them to collect huge amounts of data on users, even though the vast majority of them are not suspected of any fraudulent or criminal activity on the internet. This, they point out, violates the security and privacy of all society. The research center endorses the position of the Coalizão Direitos na Rede (Rights in Network Coalition), of which it is a member.

This position is consistent with the warning made by the UN on Tuesday, July 14. The UN Special Rapporteur on Right to Privacy, Joe Cannataci, said the fake news bill – as it is being called in Brazil – is a threat to the right to privacy, to democracy and to civil liberties. The rapporteur sent a letter to the Brazilian authorities advising them to review the bill.

To better understand the subject, we spoke to Francisco Brito Cruz, director of InternetLab. An expert in monitoring public policies related to technology, Cruz explains the origins of the bill, how it was changed during its passage in the Senate and, more importantly, the warnings that civil society is raising about the bill. Read the interview below: 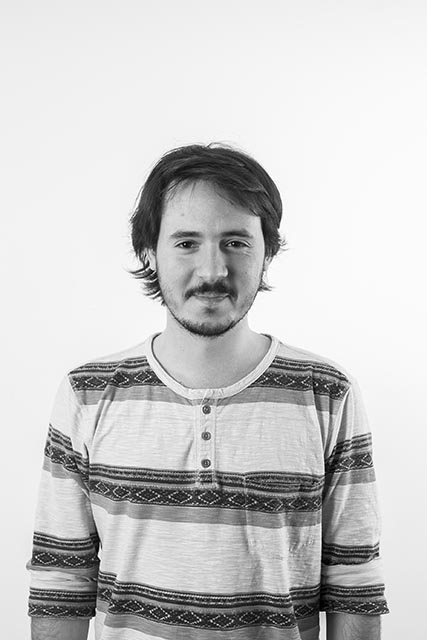 Conectas – How did the Fake News Bill come about?

Francisco Brito Cruz – This agenda of needing to do something about the problem of fake news was not created with this bill. It surfaced after Trump’s election in the United States and in Brazil, more recently, with the election of Bolsonaro. Since then, there have been several ongoing debates on the issue. Legally speaking, in regulatory terms things started to heat up with the inquiry opened by the Supreme Court, the election investigation in the Superior Electoral Court – which, in fact, has much more to do with slush funds than fake news – and the CPMI (Joint Congressional Inquiry Committee) on Fake News, which has condensed this whole process since last year.

The CPMI installed in Congress served as a kind of center of gravity for this topic. All the leaders involved today in the discussions on this bill, whether in the Senate or the Lower House, are the same people who were already involved in the CPMI. In other words, many of the disputes about the bill that are still ongoing today originated in the CPMI, from the concerns of these lawmakers.

Meanwhile, between late last year and the beginning of this year, the Acredito group – a political movement calling for a renewal of politics founded by politicians from different parties, namely Senator Alessandro Vieira (Cidadania Party) and the members of Congress Tabata Amaral (Democratic Labor Party-PDT) and Felipe Rigoni (Brazilian Socialist Party-PSB) – decided to draft a bill, and this is what we are discussing.

At the time, there were many similar proposals on the topic. However, it soon became clear that this would be the main bill to be discussed after the pandemic. Both the speaker of the Lower House of Congress, Rodrigo Maia, and the president of the Senate, Davi Alcolumbre, indicated that this was the bill they wanted because they considered it to be more democratic and less punitive.

The strategy was for Senator Alessandro Vieira to present the bill in the Senate. When he did so, Davi Alcolumbre chose Senator Angelo Coronel as rapporteur, since he had chaired the CPMI on Fake News.

The problem was that Angelo Coronel did not set up a negotiating table. So for four weeks, we knew that the bill was scheduled to be voted, but nobody knew what the final text was.

Conectas – How much did the bill change during its passage?

Francisco Brito Cruz – In its conception, the proposal was not for a criminal bill. The premise of the bill drafted by the Acredito movement was the need for platforms to focus on combating misinformation by establishing fact-checking obligations. In other words, that platforms like Facebook and Instagram etc. have a duty to tell users whether certain information is correct or false.

The main problem was that it was not discussed with the people who do the fact-checking. Fact-checking agencies oppose being required by law to do this type of checking for large platforms, because they are small and do not want this responsibility.

After the bill fell into the hands of Angelo Coronel, many things changed. Every day that passed, it was something else. The bill started to be hijacked by economic and corporate interests. Corporate because investigative authorities want to expand their investigative capacity, so the more data that is collected and stored and the more identification mechanisms there are, the better. These groups started to exert pressure when they saw the window of opportunity.

And economic because media conglomerates jumped on board on the pretext of combating the monopoly of these technology companies. Clearly, the idea was to use this process to combat their digital competitors, so the more burdensome the regulatory process for the platforms, the better.

Conectas – How did civil society react to the topic?

Francisco Brito Cruz – One important point to make is that from the outset we tried to argue that this bill should not be voted. We argued about the problems of voting on this in the middle of a pandemic, when all the discussions are being held remotely. We talked about how the process was being rushed, with no time for dialogue and debate with society. The ‘Civil Rights Framework for the Internet’ took nearly four years before it was voted because there was a broad debate.

But it was to no avail. The presidents of the two houses were not responsive to these arguments. And just like all these debates, like the agenda in Congress, they are being discussed in meetings of leaders, which are meetings with few lawmakers, with no discussions in other committees, so we concluded there was no way we could obstruct this agenda. This is the madness of the process.

Assuming, therefore, that the bill would be voted regardless, we tried to assess which narratives are good for the bill, i.e. which are the good parts, and which narratives we should avoid, the bad parts.

Conectas – What are the positive points of the bill?

Francisco Brito Cruz – The narrative that we consider good is transparency. These platforms, in fact, are very large companies and they have a huge responsibility in the public debate. We need to know what measures they are taking, both in relation to the accounts and the content of the users, and also against misinformation. It is important for us to know what the qualitative and quantitative data are. Not only that, but transparency is important in relation to advertising, especially political and election advertising. As well as other transparency provisions that address so-called “content moderation”, that is, the application of terms for the private use of these platforms. It is important, for example, for this bill to include the obligation for platforms to give the reason why they are removing certain content, and also ensure the right of the user to appeal the decision and the right to reparations for any damages caused by the platforms, when applicable.

On the matter of combating misinformation, together with the transparency narrative, we consider it important to have a narrative that focuses on abusive behavior rather than on content. This means, for example, that you can have robots [programs used on platforms to send automatic messages, among other functions], but it must be stated that the profile is a robot, and not a person or a company. The same goes for mass messaging. It does not matter, therefore, whether the content is lawful or unlawful, good or bad. What matters is that mass messaging is a behavior that is harmful to public debate, especially when done without the consent of the people who receive the messages, and this is why it should be restricted.

Added to this, it has the narrative of distributing responsibilities. The idea that the public sector, for example, should also be subject to the rules, not just the platforms. We do not believe that the platforms will solve this problem of misinformation on their own.

These are points already in the bill that we consider productive.

Conectas – What are the negative points?

Francisco Brito Cruz – Among the narratives contained in the project that are not productive is the punitive narrative, i.e. thinking that the problem can be solved by creating crimes left and right and increasing sentences; and the surveillance narrative, i.e. the idea of mass collection of data on users for subsequent investigations. On this specific point is the idea of the traceability of WhatsApp.

In the assessment of InternetLab and the Rights in Network Coalition – an independent network formed by more than 40 civil society organizations – this is the worst point in the text.

Traceability, therefore, clearly infringes on rights and is unconstitutional because it forces companies to keep data on innocent people in ways that are totally unnecessary for the provision of the services they offer.

However, caution is necessary. If following the money on the internet requires a definition of the term “misinformation”, this will pose a risk from the point of view of protecting legitimate expression.

There can be no concept of misinformation, in our opinion and the opinion of the Rights in Network Coalition, because such a concept will necessarily be broad and generic, which could lead to the removal of all types of content.

This Thursday, July 16, InternetLab released a document that presents a series of recommendations for tackling abusive behavior on the internet.