The obstacles faced by refugees to secure their rights

Federal government uses Covid-19 pandemic to take a discriminatory position against refugees seeking shelter in the country; Venezuelans are the most affected 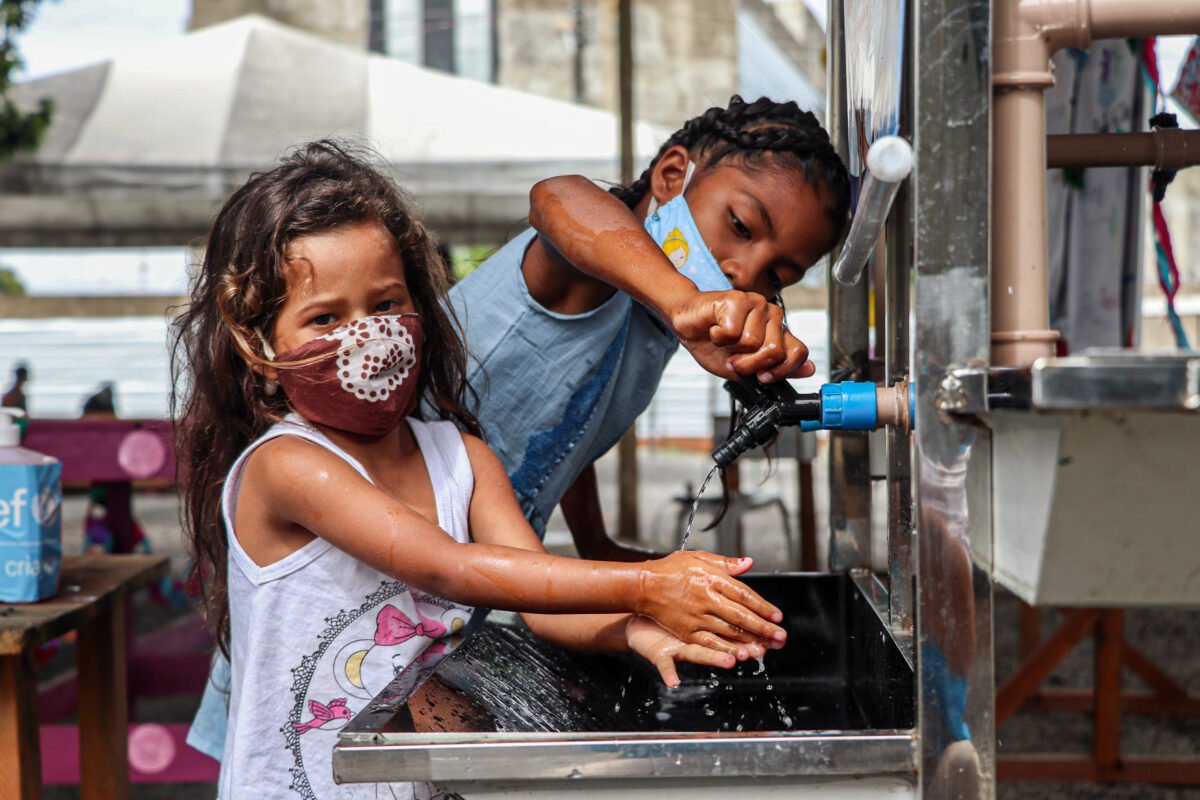 The situation for refugees and asylum seekers trying to cross the border into Brazil in the period during the Covid-19 pandemic has become even more difficult, especially for people coming from Venezuela. If, on the one hand, the federal government has minimized the severity of the disease, on the other it has used it as justification for adopting discriminatory policies that predominantly affect the most socially vulnerable migrant groups.

The situation is in violation of national and international laws, including the Migration Law (Law No. 13,445/2017). Approved in 2017 by the National Congress, this law was conceived based on the principles of non-discrimination and of making migrants rights holders, as established by the Constitution. The law was crafted with broad participation by civil society and it breaks with the thesis of migration as a risk to national security and ensures decent conditions for those who want to live in the country.

Ahead of World Refugee Day, celebrated on June 20, understand the main obstacles that migrants and refugees currently face in Brazil to have their rights guaranteed.

Since the start of the pandemic, in March 2020, Brazil has published 30 decrees that restrict the entry of migrants into the country. These decrees allow, among other things, the immediate deportation of people, even though they are entitled to asylum. In Brazil, migrants from countries where there are humanitarian crises or serious and widespread human rights violations, such as wars, and also those who suffer political, ethnic or religious persecution, have the right to asylum guaranteed by law.

“The country has used the pandemic to tighten the rules and violate rights guaranteed by the Refugee Law [Law No. 9,474/97] and by the Geneva Convention on the Status of Refugees [1951], which was ratified by the country,” said Camila Asano, program director at Conectas.

In July 2020, in a new decree, the federal government reopened the air borders to tourists. However, the land and water borders – the entry points most frequently used by asylum seekers and vulnerable migrants – remained closed. According to Asano, this decision supports the thesis that the government’s position is discriminatory.

“It is clear that the government has done all it can to facilitate tourism and the entry of better-off migrants who can afford to fly, while at the same time stopping the entry of migrants who are genuinely seeking asylum in Brazil, especially Venezuelans,” added Asano.

In a letter sent to the federal authorities in August 2020, more than 20 organizations, including Conectas, Missão Paz and Caritas, warned that the immigration control model adopted to prevent the spread of the novel coronavirus contained illegal provisions that restricted the rights of migrants and refugees.

To date, however, the borders remain closed to people who want to apply for asylum. The government decrees, signed by the Office of the Chief of Staff, the Ministry of Justice and Public Security and the Ministry of Health, contain the so-called “suspension of asylum” that makes matters worse. As a result of this provision, people who cross the border into Brazil may not even request an application for asylum from the Federal Police, which is the first step in becoming a refugee.

According to Paolo Parise, an Italian priest and migrant and one of the supervisors of Missão Paz, an NGO that has been sheltering immigrants and refugees in the city of São Paulo since the 1930s, the “suspension of asylum” provision is an unprecedented maneuver and its use to prevent the spread of the virus is groundless. This is because people continue to cross borders, unlawfully, without sanitary controls and, once inside the country, they do not receive government support, which could increase the number of infections from Covid-19.

The decision to close the land borders against this backdrop of a health crisis is not supported by Anvisa (National Health Regulatory Agency). In February 2021, this agency told Conectas that it had not issued any guidance to put segregated bans on the entry of people to Brazil from border countries during the restrictions imposed by the pandemic.

More recently, the CNDH (National Human Rights Council) also published a recommendation in which it states that it is possible to receive these people following sanitary protocols such as screening, testing and quarantining. This latest recommendation is the third manifestation from the Council expressing concern over the impacts of the federal decrees on the human rights of migrants and refugees during the pandemic.

These positions by the CNDH are aligned with the United Nations Office of the High Commissioner for Refugees, which has repeatedly said there is no contradiction in protecting the rights of refugees and guaranteeing public health, even when adopting harsh measures to contain the virus.

The aforementioned decrees are especially discriminatory against migrants and refugees coming from Venezuela, who are not among the populations exempted by the federal government. Unlike migrants from other countries, for example, this group is not permitted to enter the country if they have relatives who are already residents. “It is a very difficult time for Venezuelan migrants. Many cannot get in and those who do, stay here illegally,” says Parise.

“In virtual meetings held by the CNDH’s mission in progress in Pacaraima and Boa Vista (in the state of Roraima), we already have evidence of the problematic points of the decree closing the borders, with the Federal Police having to find creative solutions on account of the humanitarian situations on the border,” said Asano, who is also a consultant at the CNDH.

The case of the Casa São José shelter, run by religious organizations, illustrates this situation in which the decrees violate the rights of migrants. In March of this year, the Federal Police and other law enforcement officers raided the shelter and removed the 70 or so people there, including pregnant women and children. The director of the shelter, Sister Ana Maria da Silva, a nun of the Sisters of Saint Joseph congregation, was detained by the police for questioning.

Before this, in April 2020, another operation evicted a group of Venezuelans in the city of Boa Vista. Organized by the Metropolitan Civil Guard, the eviction was carried out without a court order at the request of the Municipal Environment Department to stop the occupation of an environmental area. Using backhoes, the agents destroyed their homes, displacing a large number of people, including 31 children.

Despite the Covid-19 pandemic, the number of people fleeing wars, violence, persecution and human rights violations in 2020 totaled 82.4 million, according to the UNHCR annual “Global Trends” report, released on Friday, June 18. The figure is 4% higher than the total of 79.5 million registered at the end of 2019. According to the document, there were 20.7 million refugees under the UNHCR’s mandate, 5.7 million Palestinian refugees (under the UNRWA’s mandate) and 3.9 million Venezuelans displaced abroad in 2020. R