The application for a precautionary measure, under ADPF 709, follows an escalation in raids and conflict on Yanomami and Mundurucu territory. 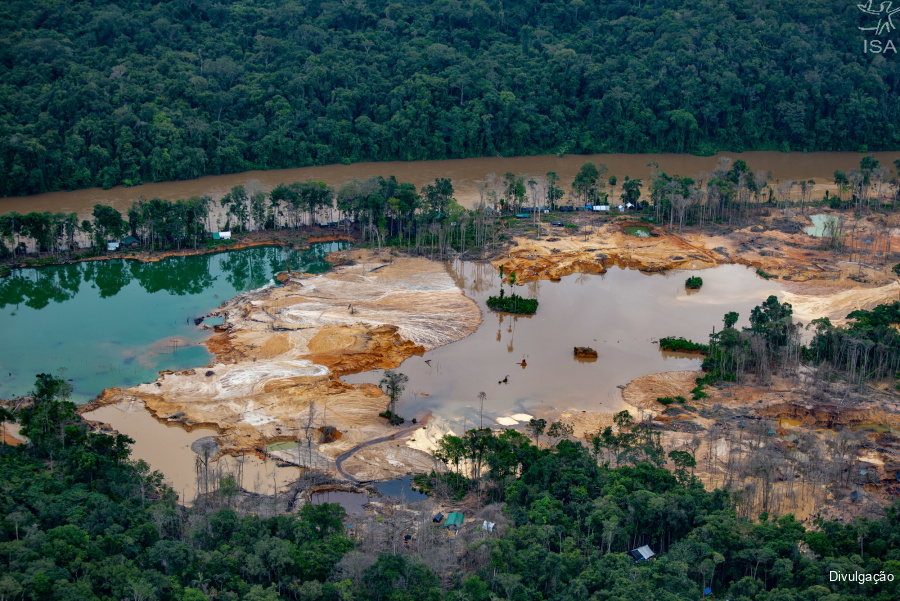 On Friday (11) ruling begins on a new precautionary measure presented to the Supreme Federal Court (STF) by Articulação dos Povos Indígenas do Brasil (Apib) and other civil society organisations, as well as six political parties, all of whom are calling for immediate action to ensure the safety of the indigenous people of the Yanomami (Roraima) and Munduruku (Para) territories.

It was presented under ADPF 709 and follows an escalation in invasions and conflict on these territories, with threats of massacre and armed violence against the indigenous communities who live there, as well as the deforestation of 13,230.5 hectares of indigenous land between August 2020 and March 2021 as a result of illegal activities.

In a study published in March by the organisations Hutukara, Seedume and ISA (Socio-environmental Institute), satellite images show that illegal gold mining on Yanomami Indigenous Land increased by 30% in 2020. The document reveals encroachment into areas close to villages, which means an increased threat of violence and health problems for the indigenous people, as well as having an impact on the environment.

In the application, the organisations and parties call for the mobilisation of the Federal Police, national security forces, Ibama and Funai to ensure the safety of the peoples under threat, as well as a Federal Government plan for the removal of gold miners and those invading the territories of the Yanomami (Roraima), Karipuna and Uru-Eu-Wau-Wau (Rondônia), Kayapó, Mundurucu and Trincheira Bacajá (Para) and Araribóia (Maranhão).

“Indigenous people are being attacked and even killed by armed and dangerous invaders. The Brazilian state has been omissive regarding this situation and has at times acted as an accomplice to the raiders.” As alleged by the organisations in their application to the STF. “Furthermore, the raiders are destroying the forest – the sacred habitat of the indigenous peoples – polluting rivers and causing very serious irreversible damage to health. In addition to Covid-19, this includes mercury contamination, malaria and malnutrition.” They go on to say.

Voting on Friday is likely to confirm or modify the last precautionary measure instituted by the action rapporteur, Minister Luis Roberto Barroso, at the request of the organisations. On 24 May, Barroso determined the immediate adoption, by the Union, of all measures needed to protect the lives, health and safety of the indigenous communities that live on Yanomami and Mundurucu territories. The measure is likely to stress the security needed, which means remaining at the location while there is a threat. The Minister also again raised the decision on the plan to remove illegal miners.

Against the omission of the state

The action demands that the government should adopt actions to ensure the protection of the indigenous people in the context of the serious epidemiologic crisis caused by Covid-19, including the extrusion of illegal miners on Yanomami territory.

In June 2020, in a precautionary measure later confirmed by a plenary session of the Court, Minister Barroso accepted some of the precautionary requests, such as the creation of sanitation barriers for indigenous people in social isolation, the creation of a situation room to manage actions to combat the pandemic and the development of a Plan for Tackling Covid-19 for the Brazilian Indigenous People, among others. The plan for non-intrusion by raiders, however, was firmly rejected at the time.

Watch the Oral Submission by Júlia Neiva, Coordinator of the Conectas Programme for the Defence of Socio-environmental Rights, at ADPF 709: