The session, scheduled for 2pm, will start with Minister Nunes Marques´ vote 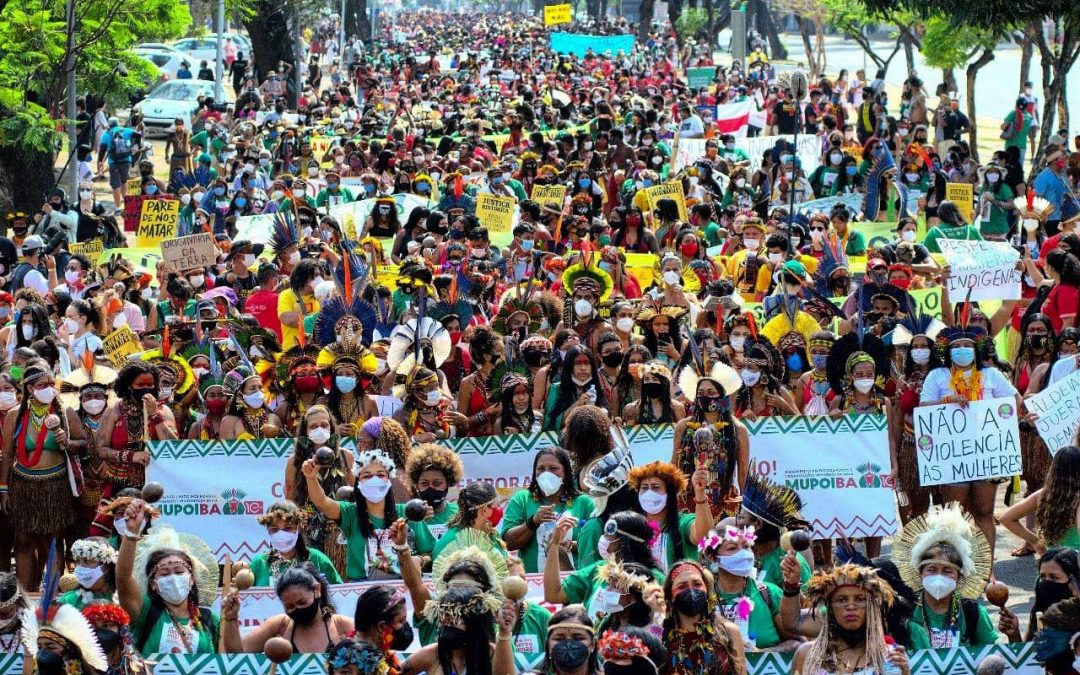 The Supreme Federal Court (STF) will resume the ruling, that will define the future of indigenous land demarcations in the whole country, on Wednesday (15). The session is scheduled to start at 2pm, Brasília time. This will be the sixth consecutive session in which the Court has discussed the matter, since analysis of the case commenced on 26 August. Indigenous people continue to mobilize and are accompanying the ruling, both in Brasília and from their territories.

During the last session, on 9 September, the rapporteur, Edson Fachin, rejected the timeframe thesis and reiterated the foundational nature of indigenous constitutional rights that he characterised as fundamental clauses. The minister was also emphatic when he stated that the Federal Constitution recognises that the right of the indigenous people to the land they have traditionally occupied is an original one, in other words prior to the existence of the state. Fachin´s vote was seen as a victory by the indigenous peoples.

The timeframe thesis, which is supported by ´ruralists´ and other sectors with an interest in exploiting indigenous lands, restricts the right of the indigenous peoples to demarcate their lands. According to this interpretation, which is considered to be unconstitutional, the indigenous peoples would have the right to demarcate only land that was in their possession on 5 October 1988, the date of the enactment of the Constitution.

On the 9th, Minister Nunes Marques started to read out his voting speech, but before he entered into the specifics of the issue, he asked President Luiz Fux for his vote to be concluded in the next session.

In the session scheduled for this Wednesday, “Minister Nunes Marques will enter into the details of his vote and may go the same way as the rapporteur which would be very positive for the territorial rights of the indigenous peoples. He could, however, vote completely or partially differently, from the rapporteur”, explained Samara Pataxó, judicial coordinator at Apib (Communication of the Indigenous Peoples of Brazil).

The other eight ministers will present their votes after Nunes Marques. They may request another suspension of the case for further analysis and a closer look at the files. It is expected that voting will proceed from the most junior to the most senior ministers in the Court. The last one to vote is likely to be the President of the STF, Minister Luiz Fux.

In practice, the Court is analysing the repossession filed by the Santa Catarina Environmental Institute (IMA) against the Xokleng people, regarding the Ibirama-Laklãnõ Indigenous Land, where the Guarani and Kaingang peoples also live. In 2019, the case gained the status of “general repercussion”, which means the decision will serve as a guideline for federal administration and all levels of the legal system, concerning demarcation procedures.

The indigenous peoples have set up permanent mobilisation to follow the Court´s judgment, in order to defend their original rights and against the timeframe thesis.

On Wednesday 15th, at 2pm, around 150 indigenous leaders of the Kaingang, Xokleng, Xavante, Terena, Guarani, Tupi Guarani, Tuxá and Guarani Nhandeva peoples will be holding a vigil in the Três Poderes square in Brasília to accompany the ruling, in a continuation of the mobilisations being organised in other territories.

From 22 to 28 August, the week when the Supreme Court started the judgment, over 6 thousand indigenous people from 176 groups from all regions of the country came together in the “Luta pela Vida (Fight for Life) camp”, in Brasília. The objective of this indigenous mobilisation, thought to be the biggest in the past 30 years, was to both accompany the STF ruling and to condemn the anti-indigenous agenda of the Bolsonaro government and the National Congress.

As the judgment was extended, a group of 1,200 leaders from 150 peoples continued the mobilisation in Brasília and they set up camp in the area of the National Arts Foundation (Funarte). From 7 to 11 September, the group joined the second National March of Indigenous Women, in Brasília. This brought together more than 5 thousand ancestral warriors, from 185 peoples, from all the different biomes.