On the first day of session, organisations called for the Supreme Court to remove the possibility of imprisonment before a defendant has pursued all means of appeal 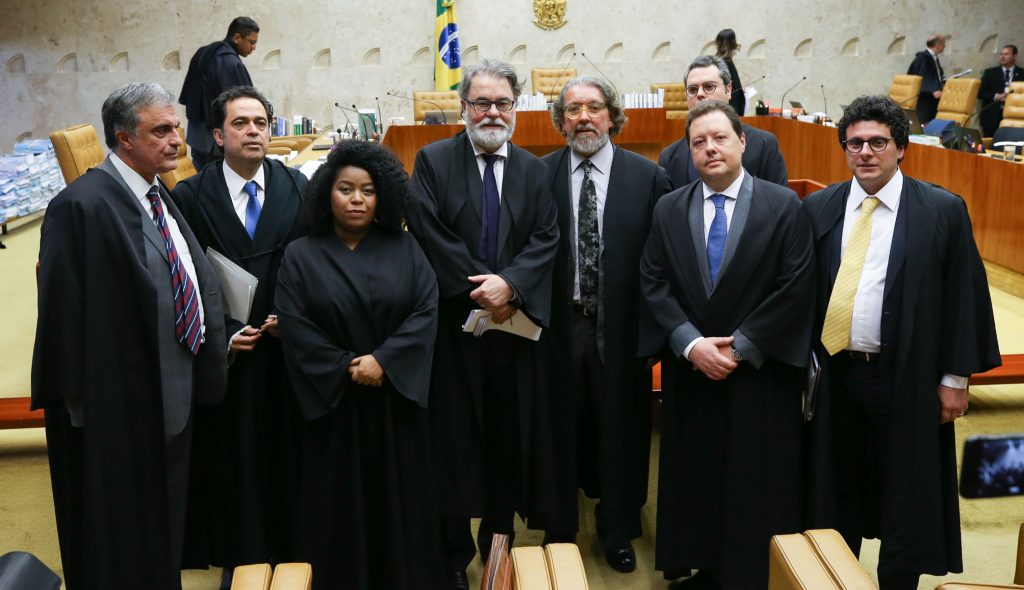 On Thursday (17) the Supreme Federal Court (STF) resumed analysis of three actions on the possibility of serving a sentence after conviction by an appeals court. The ruling will decide the Court’s understanding, henceforth, on a sentence being implemented in advance.

On the first day of session, the authors of the action and interested parties, who had signed up to speak at the court, spoke out in favour of conviction after all possibilities for appeal have been pursued.

Conectas was represented by Silvia Souza, Advocacy Consultant at the organisation. On this occasion, Silvia was the only black woman to make an oral submission. Organisations such as the Federal Board of the Brazilian Bar Association (OAB); the Federal Public Defender’s Office (DPU); the São Paulo Lawyers’ Association and the Ibero-American Institute for Public Law also participated in the session.

During the submission, Silvia stressed that the problem with imprisonment at trials court is that it contravenes the principal of presumption of innocence and she defended the view that this restriction of rights mainly affects poor, black populations from underprivileged areas of cities.

“We need to recognise that initiatives to restrict rights, whether social or economic or most importantly of freedom, always affect the bodies of poor, black people, who live in underprivileged areas of cities, first and more intensely. These are the people who are not often heard or represented here.” She said emphatically.

In 2016, the Supreme Court adopted the understanding that conviction at trials court was enough for an individual to start serving a sentence, even when they have the right to pursue other appeals. The ruling spurred Operation Carwash and has had strong political impact in recent years. The three actions that contest this understanding have been awaiting judgement since 2017.

The argument behind this understanding is that the excessive number of appeals in Brazil leads to impunity for ‘white collar crimes’, as the more privileged classes have the means to hire lawyers, thus postponing the time when they start to serve their sentences.

The ruling was suspended following oral submissions and will be resumed on Wednesday morning (23).