See the projects selected for the 5TH Ideas Fair

The 2019 edition received 106 applications from 14 Brazilian states and the federal district; the event will be held on December 14 in São Paulo 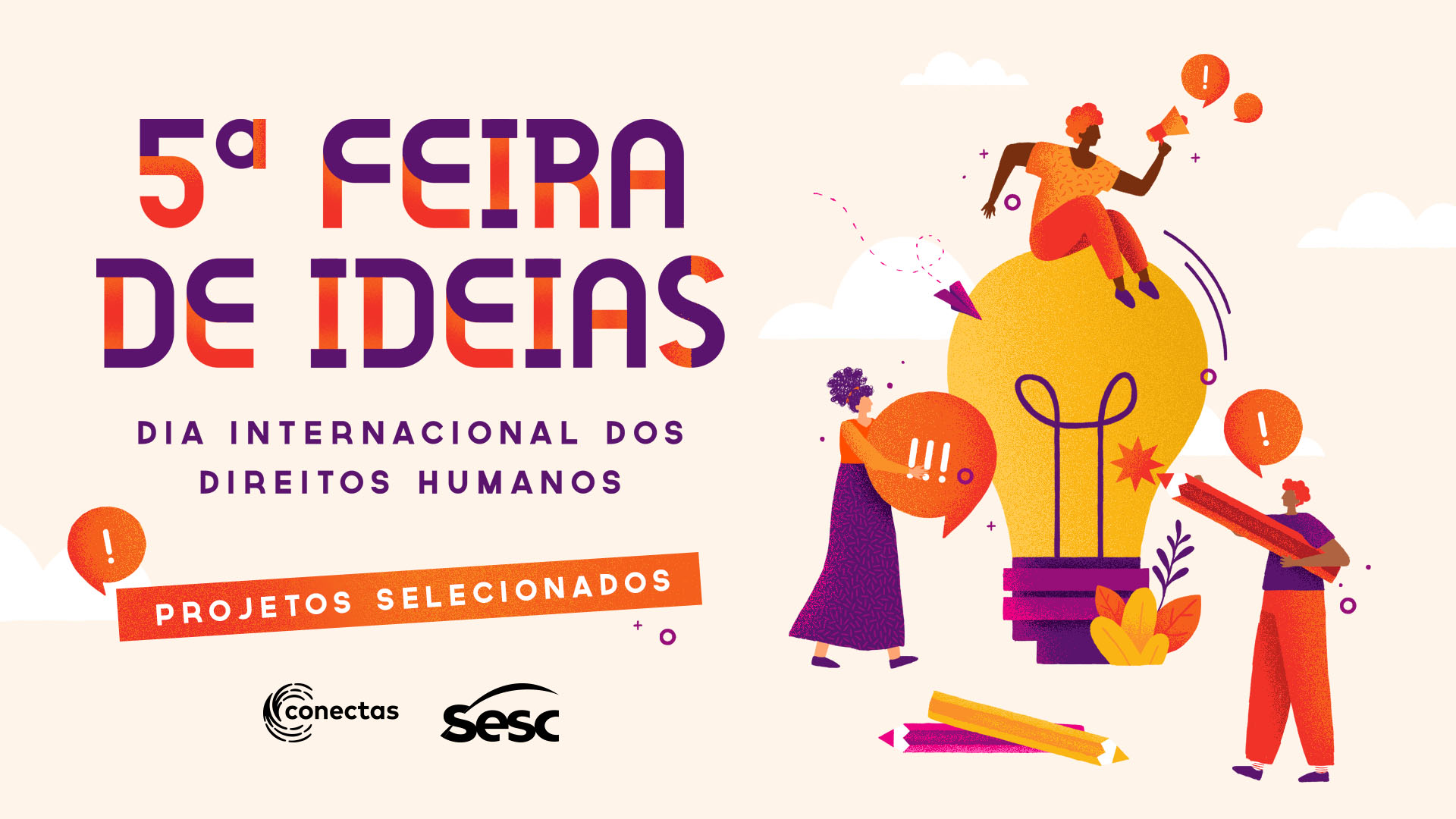 Conectas and Sesc Pompeia have released the list of selected and substitute projects
for the 5th Ideas Fair to be held on Saturday, December 14, starting at 2 pm in São
Paulo. The event is free and open to the public.

This year’s fair, which celebrates International Human Rights Day, will have 27
projects, of which 5 are from guest organizations. The projects are divided into the
following categories: Performance and Plastic Arts, Short Films, Photography, Social
and Community Initiatives, Journalism and Academic Projects.

See below the list of all the selected and guests projects, by category:

LISTA DE SELECIONADOS
Infogram
Summary of the applications
We received 106 applications between October 29 and November 20. The most
represented categories were Social and Community Initiatives (34) and Short Films
(32).
Most of the applications were submitted by individuals (78%), of which the majority
were from the states of São Paulo (62), Rio de Janeiro (13) and Paraná (7). A total of 15
states were represented.