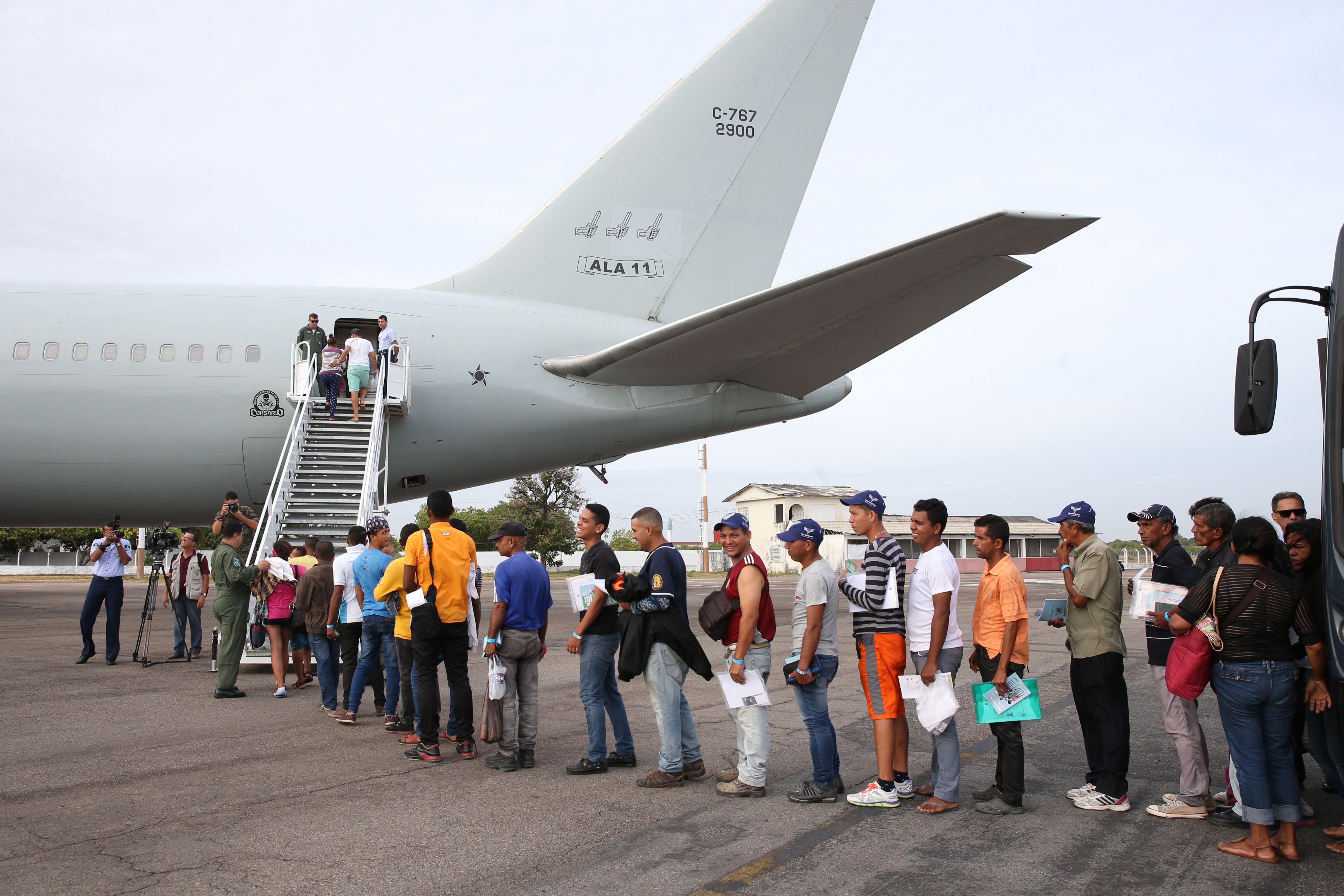 The city of São Paulo received this afternoon, April 5, nearly a hundred Venezuelan refugees transferred from the northern state of Roraima on a flight operated by the Brazilian Air Force as part of the federal government’s relocation program. The immigrants and refugees will be accommodated at Missão Paz and in shelters set up by the São Paulo state and municipal governments. In response to a freedom of information request filed by Conectas, the Ministry of Defense informed that the program plans to relocate 18,000 Venezuelans to various different Brazilian cities.

The first transfer was coordinated by the Humanitarian Task Force, formed by members of the Armed Forces, as part of the strategy to relocate the immigrants. This was one of the recommendations of the CNDH (National Human Rights Council) following the mission to northern Brazil in January this year. Conectas has a seat on the CNDH and took part in the mission.

The purpose of the relocation program is to relieve the pressure on overburdened services in the northern cities of Boa Vista and Pacaraima due to the concentration of immigrants there, but also to provide a more dignified reception and promote the integration of Venezuelan refugees into Brazilian society. “São Paulo already has expertise taking in immigrants, in particular because of the Haitians that came to the city at the start of the decade. We hope that the Venezuelans find the reception and conditions they need to facilitate their integration,” said Camila Asano, coordinator of programs at Conectas.

To begin with, São Paulo will receive 300 Venezuelans who are currently living in Roraima. It is estimated that more than 50,000 refugees have already crossed the border and nearly 30,000 are living in the northern state. “It’s important to say that the humanitarian aid efforts underway in Roraima need not only be maintained, but improved. It’s necessary to provide dignified conditions of shelter and survival,” said Asano.