Sérgio Silva, photographer who lost his sight due to a rubber bullet, is publishing a book with Tadeu Breda. Everybody is welcome to participate in the open mike 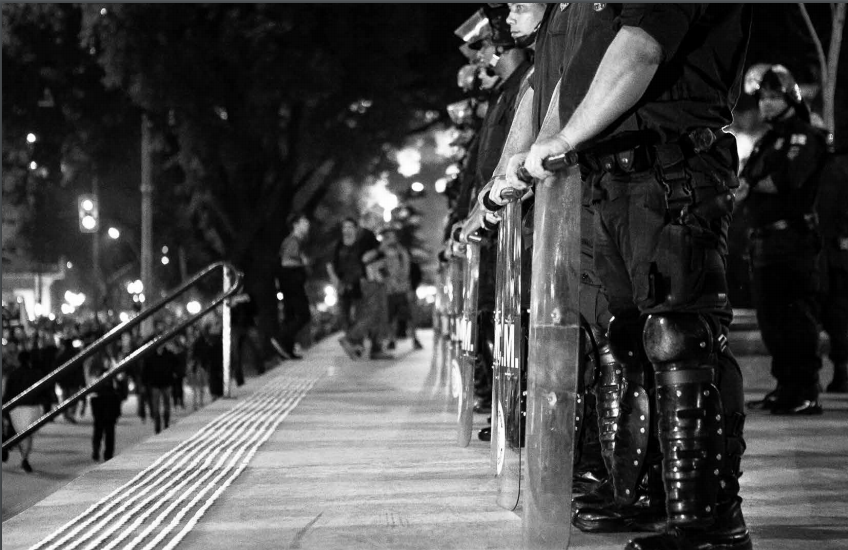 The photographer Sérgio Silva was one of those hit by rubber bullets during the June 2013 protests. Sergio lost his sight.

Five years ago, the corner of the roads Maria Antônia and Consolação, in São Paulo, was the scene of one of the most emblematic incidents of the 2013 ‘June Journeys’. To mark this moment, Conectas has joined another five organisations and victims of police violence to hold an event called “Scars of June: 5 years of injustice”, starting at 6pm.

On the 13th, at this location, the São Paulo Military Police carried out a violent attack on thousands of protesters, firing rubber bullets and throwing tear gas grenades. Over 100 people were hurt and another 240 were arrested. Five years on, this date is to be remembered with poetry slam and the launch of the book “Memória ocular: cenas de um Estado que cega” (Visual memory: scenes of a blind state). There will also be a discussion on state violence in the present day.

The photographer, Sérgio Silva, co-author of the book with the journalist, Tadeu Breda, was hit in his left eye by a rubber bullet while he was covering the protest. Sérgio instantly lost his sight and has since been refused compensation at both a trials court hearing and at an appeals court. Another 40 journalists were also wounded and two reporters from the Folha de S.Paulo, Giuliana Vallone and Fábio Braga, were shot in the face by non-lethal weapons.

“On that day, we saw the indiscriminate use of violent, extremely repressive force by the police. Images from that day triggered the large protests that took place throughout the rest of 2013.” Said Henrique Apolinário, Assistant on the Conectas Institutional Violence programme. “Since then the police have developed more sophisticated methods of repression and have started using techniques such as ‘enveloping’ protests. They have increased their use of non-lethal weapons, such as tear gas and rubber bullets and now pursue protesters after demonstrations have ended.” Henrique added.

The event “Scars of June: 5 years of injustice” is divided into three parts: the launch of the book “Memória ocular: cenas de um Estado que cega” (Visual memory: scenes of a blind state), poetry slam and an open mike. This event is part of the “Junho sendo” programme (June is happening), which includes an extensive programme, from 6 to 23 June, with activities, meetings and workshops, to discuss the consequences and the significance of the 2013 ‘June Journeys’.