Overview of the 35th Session of the UN Human Rights Council 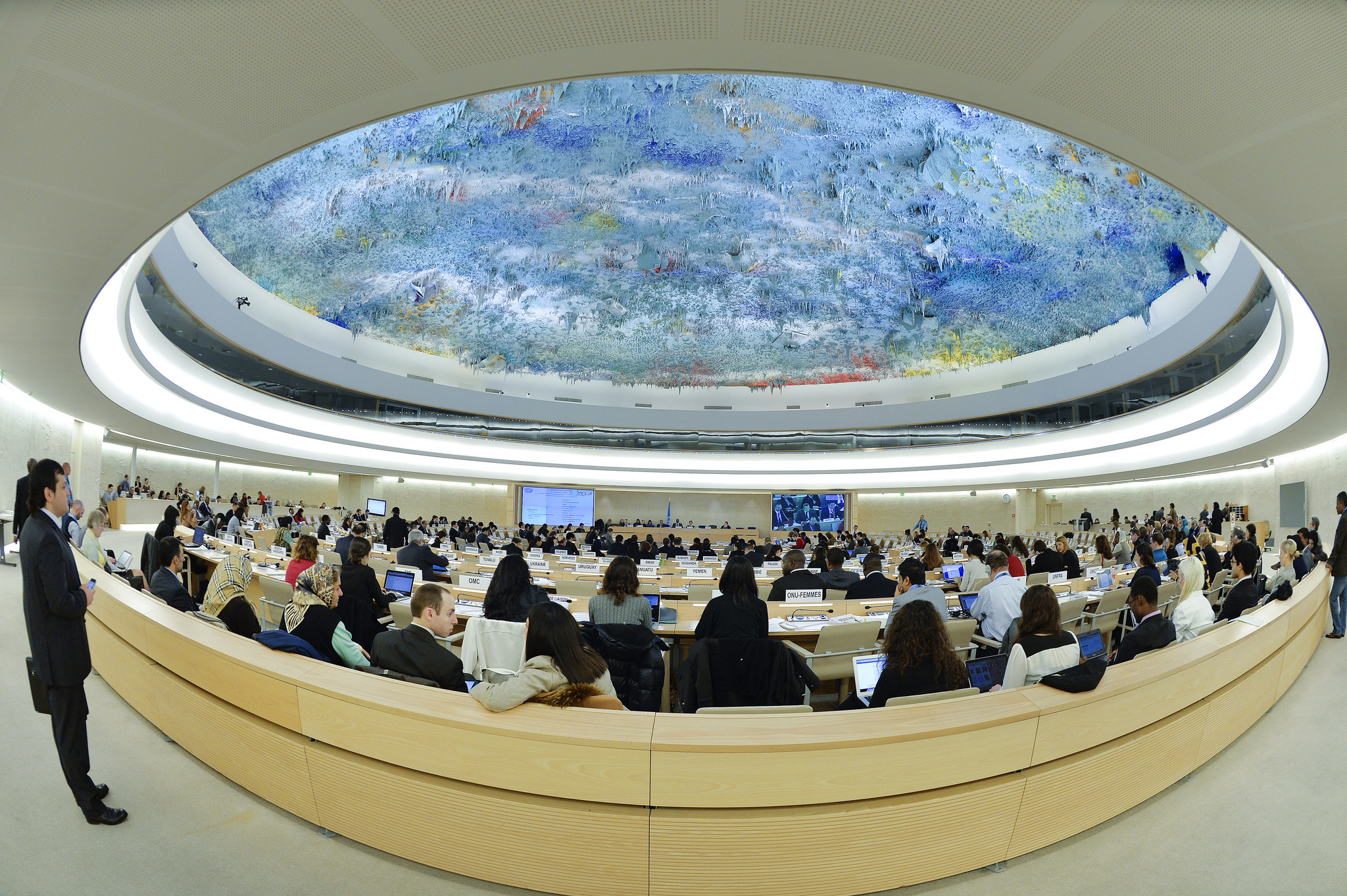 The 35th Session of the UN Human Rights Council took place between June 6 and June 23 in Geneva, Switzerland. A number of relevant issues involving Brazil were raised at the meeting, such as the case of the police action in the downtown drug area of São Paulo known as Cracolândia (Crackland) carried out by the municipal and state governments, and the new Immigration Law that was signed by President Michel Temer in May.

Also highlighted were the social and environmental setbacks proposed by the agribusiness caucus in Congress. Special attention was given to the attempts to loosen the environmental licensing process.

See the statements made by Conectas and the events in which the organization participated during the session:

The recent police incursions in the region of São Paulo known as Cracolândia took up a significant amount of this latest session of the Council. In a statement made on June 13, Conectas denounced the brutality of the security forces and a series of human rights violations against drug users.

The organization also called for an immediate end to the repression, the identification and prosecution of officers involved in abuse and consultation with all interested parties to devise a human rights-based approach to the problem.

Watch the response of the Brazilian government (starting at 2:06:05):

On May 24, following the signing of the new Immigration Law that replaces the Foreigner Act, Brazil took a decisive step towards guaranteeing the protection of immigrant rights. However, President Michel Temer vetoed twenty sections of the new law, including the clause that granted amnesty and regularized the status of irregular migrants who are already in Brazil.

Organizations that participated actively in the process to draft and approve the new law are concerned about how the government will conduct the phase of administrative regulation and they made a joint statement calling for the process to be transparent and open to the participation of civil society. The statement was signed by Conectas in conjunction with Caritas Archdiocese of São Paulo, ITTC (Land, Employment and Citizenship Institute), CELS (Center for Legal and Social Studies), Missão Paz and SIMN (Scalabrini International Migration Network).

Watch the response of the Brazilian government (starting at 0:53:56):

Together with CELS, of Argentina, and the Fray Matías de Córdova Human Rights Center, of Mexico, Conectas also participated on June 21 in a side event on local perspectives and global challenges for the defense of immigrant rights. The representative of Conectas in Brasília, Pétalla Timo, took part in the discussion by video conference.

Watch the statement by Pétalla Timo during the event:

In its statement, Conectas pointed out that this very same topic was a cause of concern for the UN Working Group on Business and Human Rights during its visit to Brazil in 2015.

Watch the response of the Brazilian government (starting at 0:17:12):

In May, Brazil underwent its UPR (Universal Periodic Review) in the UN and received 255 recommendations from 103 different countries. In September, the government will reveal which recommendations will be accepted. On this matter, Conectas made a statement calling for the analysis of the recommendations to be public and transparent.

The organization asked the government to release its schedule for working on the UPR so civil society can participate. It also called for information on the recommendations to be available online and for a public hearing to be held before the final decision is sent to the UN.

Conectas asked for the Brazilian government to reject the recommendation made by the Vatican on the protection of the family formed by a man and a woman – and including the unborn. According to the organization, the proposal runs counter to the multiple forms of family that exist and are recognized by Brazilian society.

Conectas also participated in an interactive dialogue with the new special rapporteur on the rights to freedom of peaceful assembly and of association, Annalisa Ciampi. The organization drew attention to the excessive use of force by the police at protests in Brazil, such as during the demonstrations on May 24 in Brasília, when 49 demonstrators were wounded.

Conectas pointed out that the incident was condemned in a joint statement by the IACHR (Inter-American Commission on Human Rights of the OAS) and the Office of the UN High Commissioner for Human Rights but that the Brazilian government responded inappropriately to the criticisms.

The organization called on the Brazilian government to protect the right to protest and to establish a clear and public set of rules on the use of force at demonstrations, based on international human rights standards – which had already been recommended by the former special rapporteur Maina Kiai and by countries such as Slovakia at the previous Universal Periodic Review.

Click here to read the statement made by Conectas at the meeting.

Watch the response of the Brazilian government (starting at 0:49:23):