In a letter, they express concern over the silence by the international community on the Brazilian government’s position during the pandemic 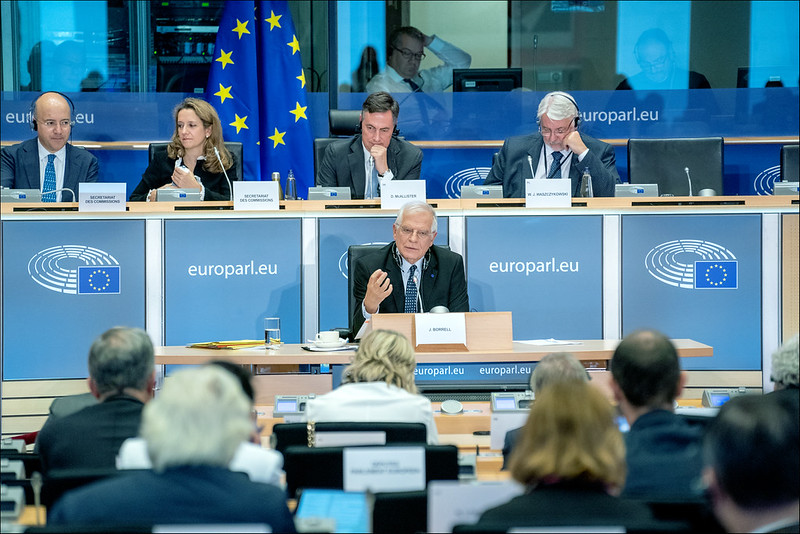 In view of the circumstances in Brazil combating the Covid-19 pandemic, the political crisis currently enveloping the country has caused concern among social movements and organizations. In a letter addressed to Josep Borrell, the high representative of the European Union for Foreign Affairs and Security Policy, the organizations call on the countries of the union to speak out about the failure of the federal government to respond adequately to the spread of the novel coronavirus in Brazil.

The letter draws attention to the alarming situation facing public health in the country. With Brazil recording more than 1,000 deaths per day from coronavirus, the organizations are asking for the European Union to respond to what they consider “the government’s bypassing of scientific evidence and medical recommendations”.

As the 100th day of quarantine approaches, the organizations note that the federal government has successively changed its Minister of Health. They also recall President Jair Bolsonaro’s insistence, to minimize the crisis, on calling COVID-19 a “little flu”.

The position of the federal government, according to the letter, has encouraged the population to disobey lockdown measures put in place by local authorities. The virus has disproportionately affected poor, black, indigenous and quilombo populations, and experts fear that the peak of the pandemic has not yet been reached.

The letter emphasizes that Bolsonaro last week vetoed the use of an emergency relief fund destined to support affected communities – a measure that further encourages people to break quarantine.

The organizations warn that “it is essential that the international community unequivocally condemn the attacks against democracy and rule of law perpetrated by the government, as well as its failure to appropriately respond to the spread of the pandemic in the country”.

They go on to say that “the EU’s founding treaties establish strengthening and supporting democracy, the rule of law, human rights and the principles of international law as one of the Union’s primary foreign policy objectives”.

On account of this crisis, the organizations are alarmed by the president’s statements. And they point out that the actions of the federal government have already had serious ramifications for the Brazilian people – leading the country into an unprecedented political and health crisis.

>> Read the letter in full here (in English)

>> Read the letter in full here (in Spanish)

>> Read the letter in full here (in Portuguese)