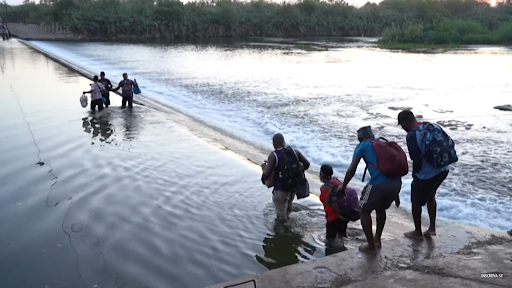 On Tuesday (28 September), civil society organisations sent a letter to Minister Carlos França, at the Ministry of Foreign Affairs and Minister Anderson Torres, at the Ministry of Justice and Public Security, calling on the Brazilian government to speak out against the “discriminatory, xenophobic migration policy being implemented by the United States against Haitians”.

The signatories of the letter are ASBRAD (Brazilian Association for the Defence of Women, Childhood and Youth), Conectas and Missão Paz.

The document expresses concern regarding serious violations of the rights of Haitian migrants who seek shelter in the United States. The letter, which contains information from associations linked to the migratory cause, says that Haitian migrants “are being harshly repressed by the North American government and are being collectively and summarily deported to Haiti”.

The organizations also requested information about a meeting held by the Brazilian chancellor, Carlos França and the United States Secretary of State, Antony Blinken, during the UN General Assembly in New York, last week. According to the press, those participating in the meeting talked about the possibility of the Brazilian government receiving charter flights of Haitian migrants, who are to be deported by the Biden government. They would either spend a period of time in Brazil or be granted residency in the country.