Contrary to claims by house speaker Rodrigo Maia, there is no agreement between environmentalists and agribusiness caucus on the new rules 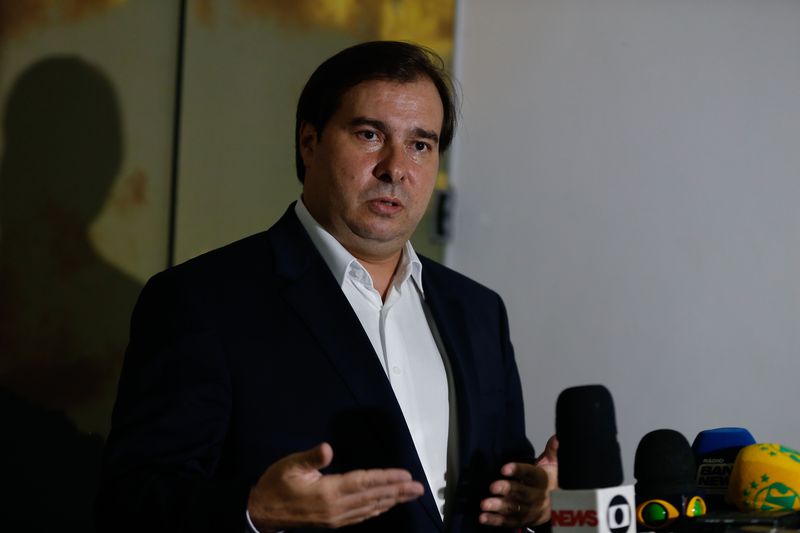 Rio de Janeiro - The speaker of the Lower House of Congress, Rodrigo Maia, talks to the press after meeting with the vice governor of Rio de Janeiro, Francisco Dornelles, at the Guanabara Palace (Tomaz Silva/Agência Brasil)

Civil society organizations have come out against the speaker of the Lower House of Congress, Rodrigo Maia, who announced that environmentalists and agribusiness representatives have reached an agreement on Bill 3,729/2004 that changes Brazil’s environmental licensing rules. The organizations oppose the new rules and say that no agreement has been reached with the agribusiness caucus in Congress.

The activists explain that they do not support the bill because it makes the environment more vulnerable. Currently, the bill exempts agricultural activities from environmental licensing, irrespective of their impact, and also creates self-declaratory licensing and relaxes a number of environmental requirements.

The organizations brought up the Doce River tragedy and the toxic waste leak by Hydro Alunorte to exemplify the potential dangers of approving the text. “The announced (and fictitious) agreement only serves to create a false sense of accord, which will result in the dismantling of Brazil’s licensing policy by Congress,” they argued. In September 2017, Rodrigo Maia met with environmentalists, artists and indigenous groups and agreed to not put the environmental licensing bill to the vote before debating the issue with civil society, which has still not occurred. The organizations, therefore, are asking to be heard and lament the possibility that “the immediate economic interests of a minority – namely the agribusiness caucus – will once again prevail over the interests of the whole country”.

A letter expressing concern over Bill 3,729/2004 was signed by 46 Brazilian organizations including Conectas, Inesc (Institute for Socio-Economic Studies) and ISA (Socioenvironmental Institute).