The year 2019 showed us that we live in a country led by a president who governs in an undemocratic and authoritarian manner. 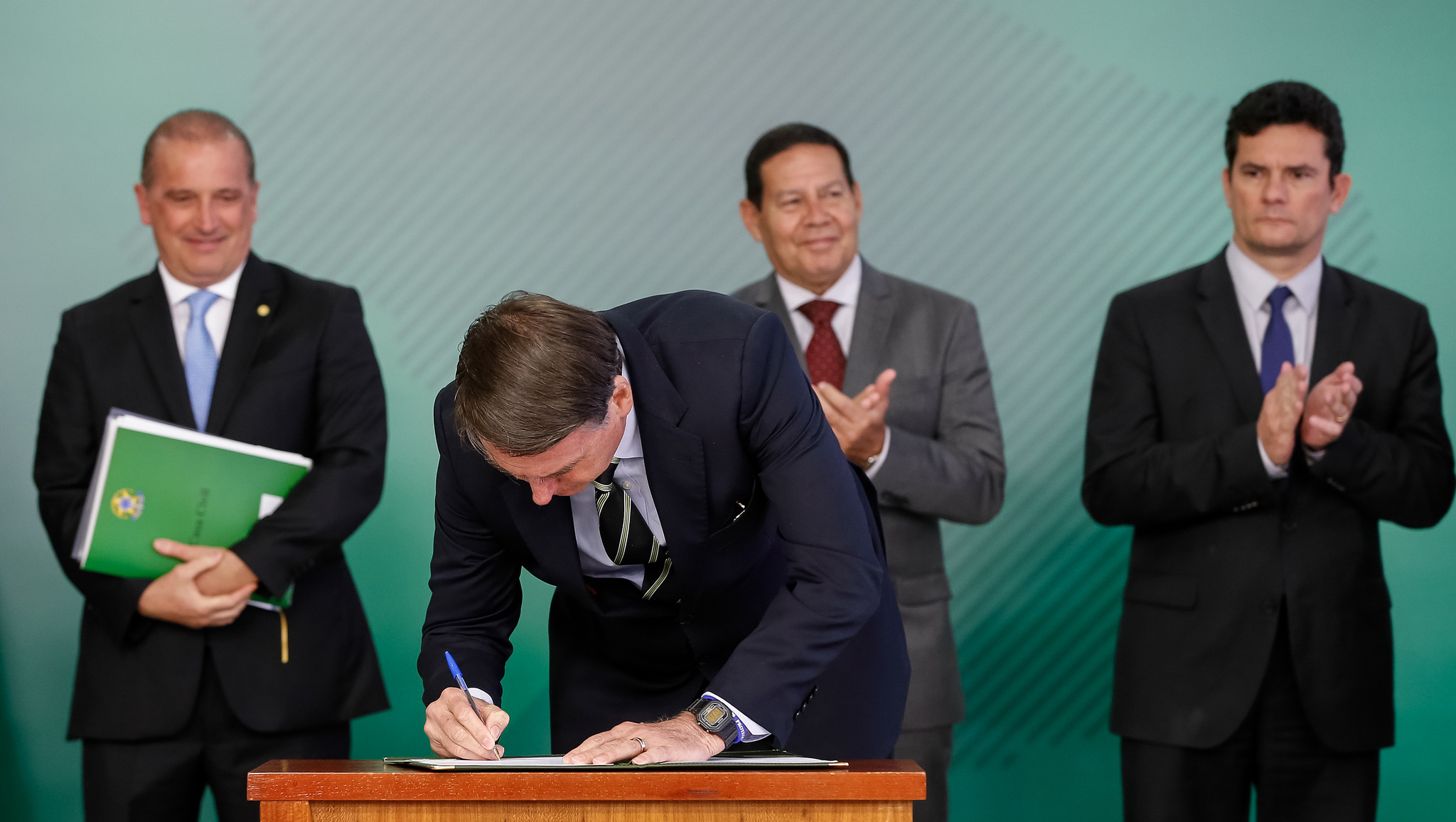 The year 2019 showed us that we live in a country led by a president who governs in an undemocratic and authoritarian manner. We are far from having a situation of institutional normalcy. Indeed, it would be rash of us to define the government as being merely “anti-rights” or “far-right”.

A democratic election, by itself, does not guarantee that this government will act democratically. Jurema Werneck has reminded us that Brazil “elected an authoritarian who openly opposes organized civil society and human rights”. Bolsonaro and his ministers intentionally and consistently attack the fundamental pillars of democracy.

Marcos Nobre wrote in piauí magazine in December 2019 that we have a government that has reduced democracy to the holding of elections and that opposes the independence of the Judiciary, harasses the press, attacks the educational system that preaches tolerance, threatens to put an end to all forms of activism and praises dictators and the dictatorship. A government that is systematically seeking to weaken control and oversight mechanisms, in particular those referring to the use of force, environmental protection and fighting corruption. A government that wants to manipulate culture, which should be quintessentially a space of freedom.

The targets of the Bolsonaro government became clear over the course of his first year in office. In speeches and actions, the administration has legitimized killings by the police, which mostly affects black and poor people in Brazil, establishing itself as a racist government. It has dehumanized the victims of massacres inside the prison system – such as the one in Altamira, in the state of Pará, in July, when 58 people died. It has also legitimized violence against indigenous leaders who resist the usurpation of their lands, and overseen the dismantling of policies and institutions that protect these populations and the environment. Despite boasting internationally about Operação Acolhida [Operation Welcome] for Venezuelan migrants and stating in the UN that it has the world’s most advanced migration legislation, the Ministry of Justice has consistently attempted to weaken the Migration Law. On the national and international level, the government has attacked victories in the area of gender equality and women’s sexual and reproductive rights.

The international credibility of Brazil has also been damaged by the government’s authoritarian acts. In addition to filling the headlines of newspapers around the world on account of the increased fires in the Amazon, Brazil has also belittled itself in multilateral forums. We have come to be seen as pariahs in the UN human rights forums. In June, Foreign Minister Ernesto Araújo determined that the Brazilian diplomatic corps should take part in the negotiations to promote the outdated view that there is only biological sex, even though countless United Nations resolutions use the term “gender”.

This conservative shift in Brazilian diplomacy together with the contempt for international commitments – such as the withdrawal from the Global Compact for Migration and the cancellation of the COP (Conference of the Parties) on Climate in Brazil – prompted 200 organizations to speak out against the country’s candidacy for a seat on the UN Human Rights Council in 2019. Brazil was eventually elected, but it is worth noting that, as a member, the Bolsonaro government is subject to even greater international public scrutiny, and that UN rules include the possibility of an elected member being suspended or even expelled.

The relentless attacks by the Bolsonaro government on rights and freedoms were met with a tireless, courageous and coordinated resistance.

The federal government was defeated in Congress in its attempt, on the first day of the administration, to create a “civil society control” department. Organizations and academia worked together in Congress to denounce the unconstitutionality of the measure. Rationality triumphed.

Congress also put a stop to the efforts of the Executive to promote killings by the police. The “exemption from illegality clause”, the centerpiece of Minister Sérgio Moro’s “anti-crime bill”, was not approved. The Lower House of Congress heard the testimony of Bruna Silva – the mother of Marcos Vinicius, a young man killed in a police operation in Rio de Janeiro – in a meeting with the speaker, Rodrigo Maia: “is this House really going to approve [the exemption from illegality clause]? Because if it does, there’s going to be a lot of blood spilled. And, naturally, this is where we will place the blame, because this is the House of the People […] we are here asking for your help”.

The Judiciary barred the dissolution of social participation councils that are provided for by law, prevented the transfer of the authority for the demarcation of indigenous lands from FUNAI (National Indian Foundation) to the Ministry of Agriculture and allowed the Constitution to prevail with regard to the presumption of innocence in the case on imprisonment after loss of first appeal. Opposing the will of the Executive and its international alliances, the Supreme Court also blocked the extradition of a Brazilian-naturalized Turkish citizen politically persecuted by Erdogan. The ruling was based on the fact that there is no guarantee of impartiality in Turkish courts. At the request of the Federal Public Defender’s Office, the federal courts in Rio de Janeiro provisionally suspended the Bolsonaro government’s attempt to destroy the National System to Combat and Prevent Torture (the Executive attempted to undermine the body that monitors the Brazilian prison system, by transforming its experts into mere “volunteers”).

In 2019, Congress, the Judiciary, civil society, the press and the international community and to a certain degree state governors were instrumental in resisting the arbitrary acts imposed by the Federal Executive. But “Bolsonarism”, as Claudio Couto has pointed out, requires the “relentless operation of institutional arrangements, working under constant tension, needing to limit, correct or curb governmental initiatives incessantly”. The Executive, in Couto’s words, provokes an ongoing confrontation that “forces the other actors to work almost endlessly on containment, with an ever-increasing toll and waste of energy”.

We work with the certainty that the attacks on rights and institutions that occurred in 2019 will be repeated in 2020, and perhaps even stepped up by the president’s goal of creating a base for his new party. This was already evident in the final days of the year. Although the Legislature rejected the “exemption from illegality clause”, the president signed a Christmas pardon for members of the public security forces that had the same purpose as the measure blocked by Congress.

Given this scenario, we must ask what we can do so the voices in defense of democracy can continue to act with even greater power. What role does each of us play in this effort to block the offensive of an authoritarian government? How do we engage sectors that, seduced by the liberal economic agenda, are incapable of seeing the government’s illiberal nature?

It is essential to participate in these discussions so that, in January 2021, we can talk about a resistance to authoritarianism that is even greater and more effective.