If there was any hope that, upon assuming the office of the presidency, the radical far-right congressman would adopt a democratic stance and seek a national consensus, this hope has long since been dashed 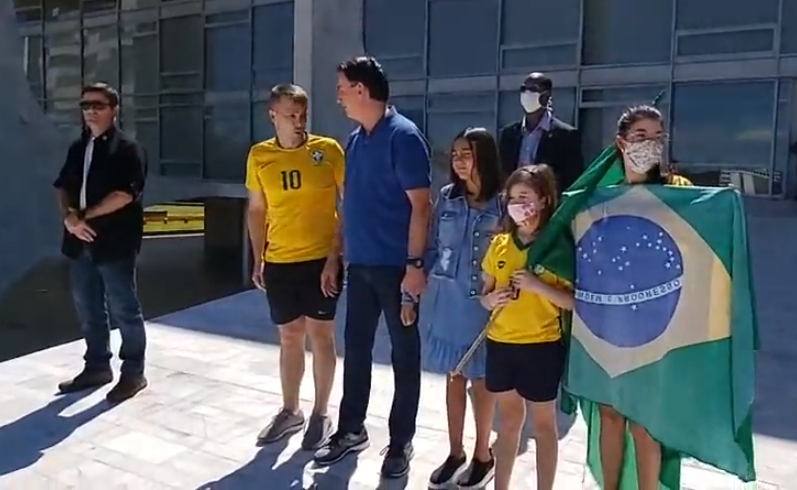 In yet another demonstration of democratic contempt and irresponsibility with public health in the midst of the Covid-19 pandemic, President Jair Bolsonaro walked down the ramp of the Planalto Palace (the presidential residence) this Sunday, May 3, to greet his most radical supporters and suggest a militarized solution against the
Supreme Court.

If there was any hope that, upon assuming the office of the presidency, the radical far- right congressman would adopt a democratic stance and seek a national consensus, this hope has long since been dashed. Bolsonaro has already exceeded all the limits of responsibility and decorum that the office of the presidency should entail, as Conectas has noted on several previous occasions.

In his thirst for conflict, the president has used the Planalto’s communication service against enemies both real and imaginary, relentlessly instigated political crises, endorsed conspiracy theories and avoided taking responsibility for the major emergencies that afflict Brazil. The aggression against journalists yesterday who were covering the protests in Brasília, for example, is not an isolated case, but part of the formula for attacking democratic institutions, of which press freedom is a key pillar.

If on the one hand the National Congress and the Supreme Court have inflicted defeats on many of the president’s undemocratic adventures, on the other the toll exacted by the conflict between the branches of government has shaken and confused the country at a time when all efforts should be focused on saving lives and avoiding a recession that will deepen inequalities and push millions of people into poverty.

This is the time for union across the democratic camp to impose limits, once and for all, on the president’s authoritarian delusions and to alleviate the human cost that the Covid-19 pandemic has already had on the Brazilian population, especially on the most disadvantaged.