No voice in the UN 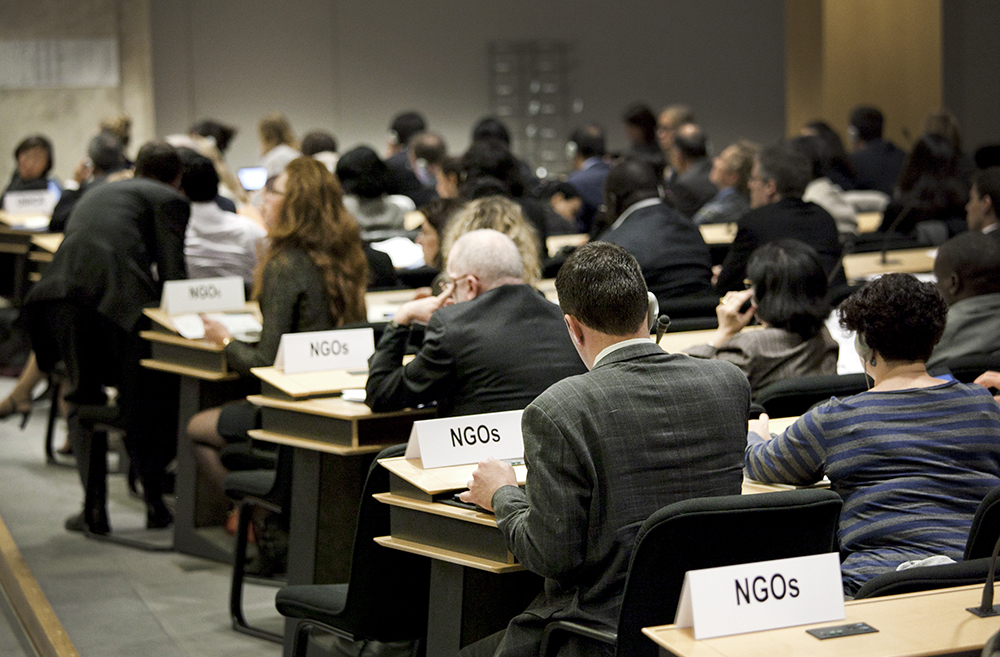 Assistant Secretary of State for Population, Refugees, and Migration Anne C. Richard speaking at the 63rd Session of the UNHCR Executive Committee

A representative of Conectas was prevented from speaking at the opening of the latest regular session of the UN Committee on NGOs held on January 30 in New York. The Committee is responsible for approving, rejecting and withdrawing the accreditation of civil society organizations that wish to work within the United Nations – what is known as consultative status. Nearly 4,500 organizations from around the world have this status.

The Committee reports to ECOSOC (Economic and Social Council) and is formed by 19 countries with four-year terms that are renewable indefinitely. When requesting the floor, Conectas was barred by delegates from Russia, China and India.

The statement planned by the organization, which has had consultative status since 2006, criticized the lack of transparency shown by the Committee and requested measures to increase access by civil society to the UN by streamlining the accreditation process for NGOs – particularly for those with limited resources that cannot afford to travel to New York constantly to accompany the process of granting the status. The organization had also planned to speak about the importance of civil society for the realization of the Sustainable Development Goals adopted by the United Nations in 2015.

The Committee does not have a rule that restricts statements by organizations with consultative status during the general debate in its regular sessions, but neither does it have an open space for them to speak.

A statement made by the NGO ISHR (International Service for Human Rights) in July last year set a precedent for organizations to address the regular sessions. At the time, ISHR presented a letter signed by 230 organizations condemning the politicization of the Committee in its assessment of applications for consultative status, in particular those submitted by human rights organizations.

The methods of the Committee have also been criticized from within the UN. In his 2014 report to the General Assembly, the special rapporteur on the rights to freedom of peaceful assembly and of association, Maina Kiai, criticized the constant deferrals and endless questioning to which some organizations are subjected in their admission process – which, in practice, prevents their approval.

As far as Conectas is concerned, this incident demonstrates yet again the need to change the Committee’s procedures. “It is unacceptable that a body that serves as a doorway to the UN for civil society chooses instead to close this access and silence the organizations that it has itself approved,” said Camila Asano, coordinator of the Foreign Policy program at Conectas.

See the press release published by the UN on the regular session of the Committee.

Read the statement that Conectas had planned to make at the session.