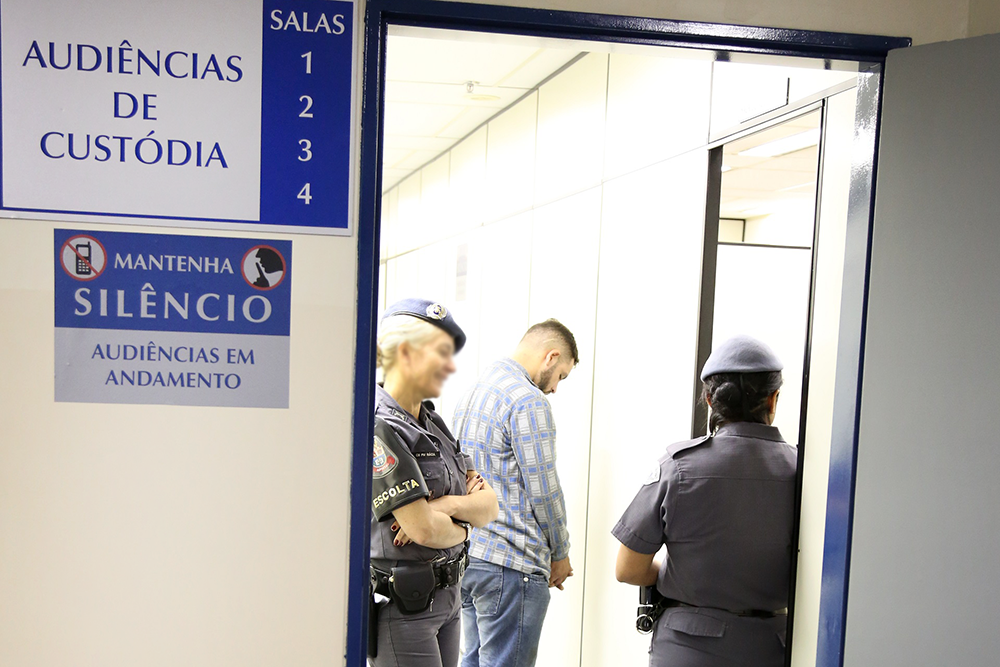 In an oral statement given this morning, March 3, in the UN Human Rights Council in Geneva, Conectas Human Rights, the NGO Justiça Global and Pastoral Carcerária (the Catholic Church’s prisoner outreach service) denounced the negligence and omission of the institutions of the São Paulo justice system in cases of torture and mistreatment reported during custody hearings.

“With the best of intentions, custody hearings were introduced in 2015. But as the National Justice Council has itself admitted, in two-thirds of states they result in more imprisonment. Moreover, the [UN] Subcommittee on Prevention of Torture has concluded that custody hearings in Brazil are not designed to prevent torture and mistreatment,” said the organizations.

The oral statement presented data from the research “Shielded Torture”, conducted by Conectas, which analyzed 393 cases in which there were signs of police violence at the custody hearings in the Criminal Courthouse of Barra Funda. In only one of the cases did the judge order an investigation to be opened.

“The disappointing conclusion was that the criminal justice system is perpetuating torture,” the representative of the organizations told the Council.

Watch the statement by the organizations (26:35):

According to the study, 72% of the time the cases of violence were handled in a perfunctory and bureaucratic manner. In 33% of the hearings, the judges did not ask the detainees a single question about the occurrence of violence at the time of their arrest. Prosecutors, meanwhile, did not respond at all to the reports of torture or mistreatment in 80% of the cases.

The research “Shielded Torture” was released today in Geneva at a side event to the 34th session of the Human Rights Council. The study was also delivered to United Nations authorities that work with the subject, such as the Subcommittee on Prevention of Torture.

After the statement by the organizations, Brazil requested the right of reply. Ambassador Maria Nazareth Farani Azevêdo, the country’s permanent representative in Geneva, said that the federal government is aware of “the nature and scope of the challenges in the criminal justice system and the prison system”, but that changes require time.

“We also acknowledge the historical challenges that need to be overcome, many of which result from long-standing structural problems. These problems are being addressed with effective measures that require time to mature,” said Azevêdo.

In addition to highlighting initiatives on the federal level, such as the National Mechanism to Combat and Prevent Torture, the representative of Brazil also said that “the government is working closely with state and local authorities, as well as with the Judiciary, to strengthen and expand the program [of custody hearings] so that it can achieve its goals”.

According to Vivian Calderoni, of the Justice program at Conectas, one positive aspect of Brazil’s response is its acknowledgement of the importance of the custody hearings.

“There is a consensus that the custody hearings are a fundamental step in combating torture in Brazil, but the government and the institutions of the justice system need to recognize that they must be modified and improved in light of the findings of this two-year project that illustrate the limitations of the current model,” said Calderoni.

“The custody hearings do not require time, they require effectiveness and to achieve this we urgently need to make changes. If we don’t, they will serve not to prevent and combat police violence, but to legitimize it,” she added.

See a judge within 24 hours

Custody hearings were introduced in São Paulo two years ago in order to comply with the American Convention on Human Rights, which was ratified by Brazil in 1992. They ensure that detainees are presented before a judge within 24 hours of their arrest. In addition to the judge and the accused, the hearings are also attended by a representative of the Public Prosecutor’s Office and the defense, which can be a private lawyer or a public defender.

The hearings are not held to determine whether the defendant is innocent or guilty. After hearing the arguments of the prosecution and the defense, and after questioning the detainee, the judge decides whether the accused will be held in pre-trial detention, whether they will be released on recognizance (with or without alternatives to detention, such as ankle monitors) or whether the charges against them will be dropped – which occurs when the arrest is illegal.

Besides avoiding illegal or unnecessary detention, and therefore reducing incarceration, custody hearings were also conceived to prevent and combat torture, since they allow the institutions of the justice system to identify signs of police violence that will disappear by the time the evidentiary hearing takes place months later.