At an IACHR hearing, the Mothers of May Movement, Conectas and Gajop denounce killings by police 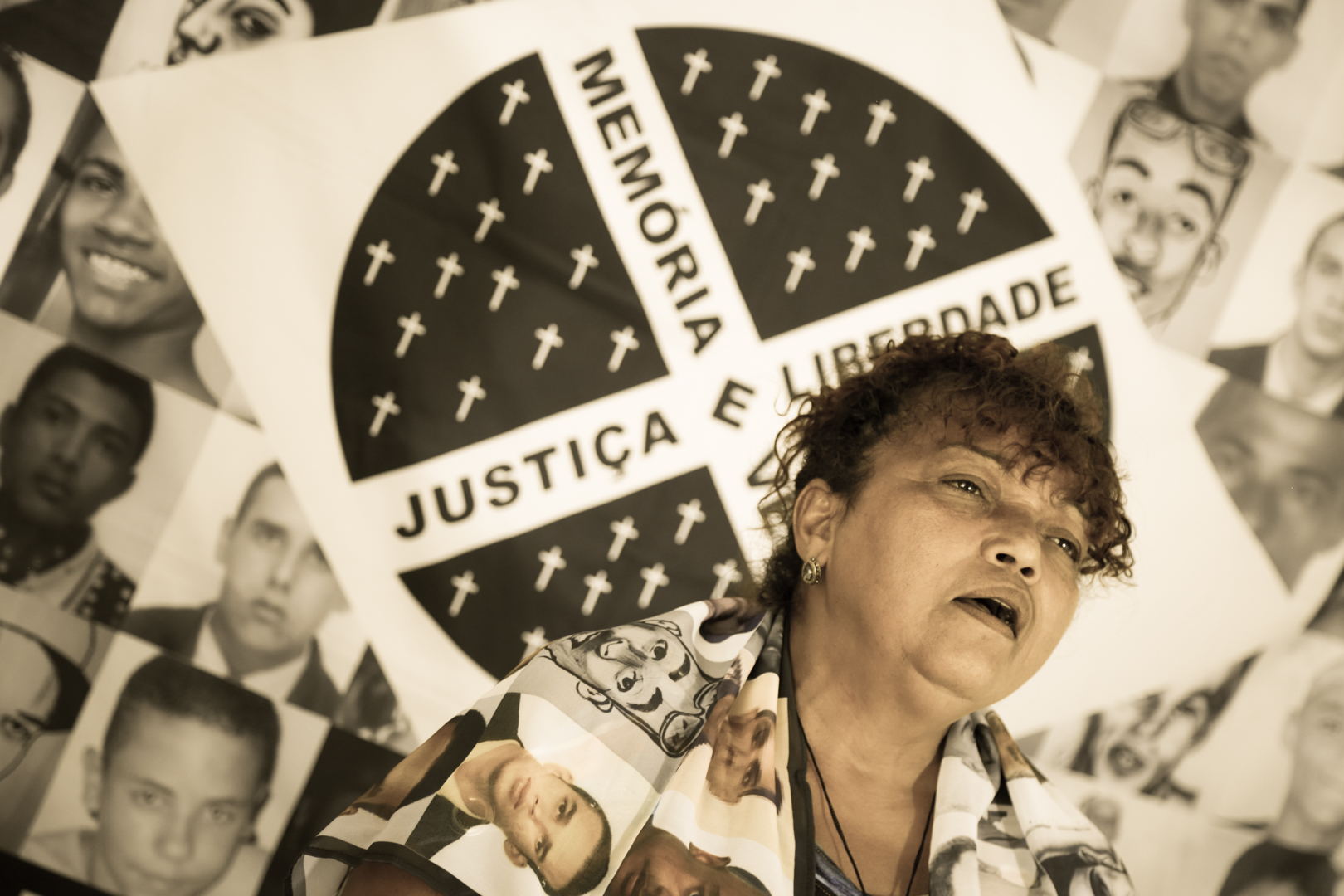 The Mothers of May Movement, Gajop (Office of Legal Counsel to Grassroots Organizations) and Conectas denounced in the IACHR (Inter-American Commission on Human Rights of the OAS) this Thursday, February 28, the high rate of killings by the Military Police in São Paulo. According to data from the Annual Report on Brazilian Public Security that were presented to the IACHR, public security agents are responsible for one in five murders in the state.

As an example of the track record of violations committed by the police, Débora Silva, founder of the Mothers of May Movement, was present at the hearing staged in Bogotá. On behalf of herself and the families of the victims of the “Crimes of May”, she called for answers from the State on the killing of their children and for the reopening of investigations on the federal level.

“My son was a street cleaner who had been working on the day he was killed even though he had a doctor’s note because he had fifteen stitches in his mouth,” explained Débora Silva. “The Brazilian State has the duty to provide an answer to the mothers of the victims of the Crimes of May,” she said.

As one of his last actions as Prosecutor-General of Brazil and after strong pressure from civil society, Rodrigo Janot filed a federalization request to the Superior Court of Justice for the investigations into the Parque Bristol shooting – just one of many cases of summary executions that occurred between May 12 and 21, 2006 – to be taken over by the Federal Police and the Federal Prosecutor’s Office. Since then, the case has been stalled in the Court.

In May 2006, a total of 564 people were killed in the space of just 10 days. The number of killings is almost four times higher than usual for the period, compared to the previous year. Most of the victims were men up to 35 years of age with no criminal record and residents of neighborhoods in the poor urban outskirts. Over the course of these 10 days, 59 government agents were killed and another 13 were injured.

The claim that there was a coordinated and clandestine action by the police as both revenge and a show of force is corroborated by a number of statements from survivors and witnesses, including one police officer who turned himself in. There are also signs of omissions on the part of the authorities, in an attempt to erase evidence of the real culprits and to incriminate the victims.

The excessively high number of deaths caused by the Brazilian police, particularly in São Paulo, has even been the subject of concern by the UN. In a report produced after an inspection in the country by Philip Alston when he was Special Rapporteur on Extrajudicial, Summary or Arbitrary Executions, the expert reached the conclusion that executions are carried out by the police not only when they are on duty, but also when they are off duty, in death squads.