Live: migration and asylum in the pandemic 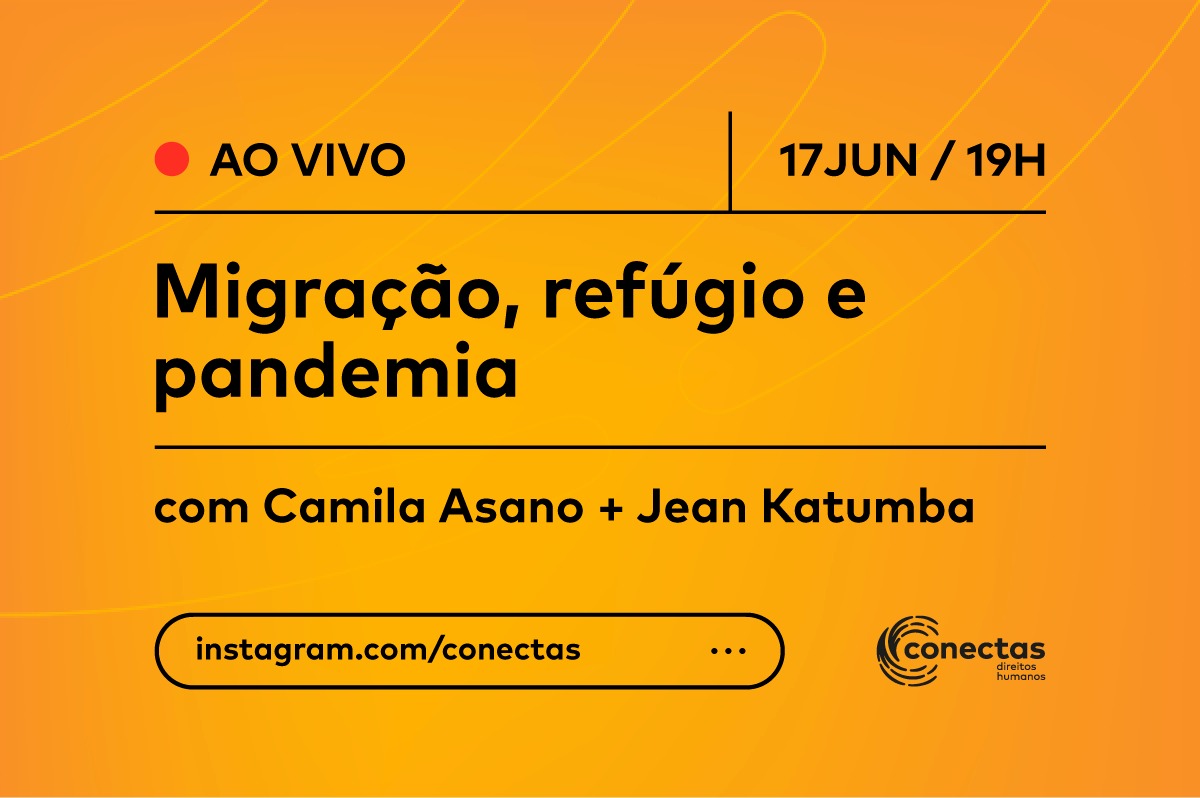 This week marks World Refugee Day, which has been celebrated every year on June 20 since 2001. According to UNHCR (Office of the UN High Commissioner for Refugees), the date is an opportunity to honor the courage, resilience and strength of all women, men and children forced to leave their homes because of wars, armed
conflicts and persecution.

In March this year, Conare (National Committee for Refugees), which reports to the Ministry of Justice and Public Security, recognized the refugee status of 17,000 Venezuelans. An earlier assessment, carried out in December 2019, granted the same recognition to nearly 21,000 citizens of the same country.

Granting this status to whole groups is significant considering that until the end of last year, Brazil recognized just over 11,000 refugees in total, including all different origins and ethnicities.

However, the list of people fleeing humanitarian crises in their countries and awaiting shelter in Brazil is still long.

To discuss this topic, Conectas invited Jean Katumba, president of África do Coração, to talk to Camila Asano, program director at Conectas.

Jean Katumba was born in the Democratic Republic of Congo and has lived in Brazil since 2013. He has a degree in Civil Engineering from UNIKIN Polytechnic in Kinshasa, DRC. He worked as an engineer at the United Nations Observer Mission in the Congo and at the Fourmi Noire ONGD project, which helps unqualified teenagers work as engineering laborers, until he was forced to leave his country due to political persecution.

In Brazil, he graduated in entrepreneurship at Sebrae SP and is now pursuing a postgraduate degree in International Law. Currently, he is president and founder of “África do Coração”, an organization that fights for the protagonism of migrants, by defending migration and promoting migrant leadership.

Camila Asano is program director at Conectas, where she also coordinates the Democratic Space Program and the organization’s international work. Holding a degree in international relations and a masters in political science from the University of São Paulo (USP), Asano serves on the National Human Rights Council and the São Paulo Municipal Council for Migrant Policy, and she is also Executive Secretary of the Brazilian Human Rights and Foreign Policy Committee. She also has a seat on the

Council of the Centre for Civil and Political Rights, which is based in Geneva Switzerland), and on the Advisory Board of the International Environment Analysis Group (Gacint) at USP. She has been a professor of international relations at the Armando Álvares Penteado Foundation (FAAP) in São Paulo since 2010.

Live: Migration and asylum in the pandemic
Debaters: Jean Katumba (África do Coração) and Camila Asano (Conectas)
Where: Conectas Instagram
When: June 17, at 7 pm