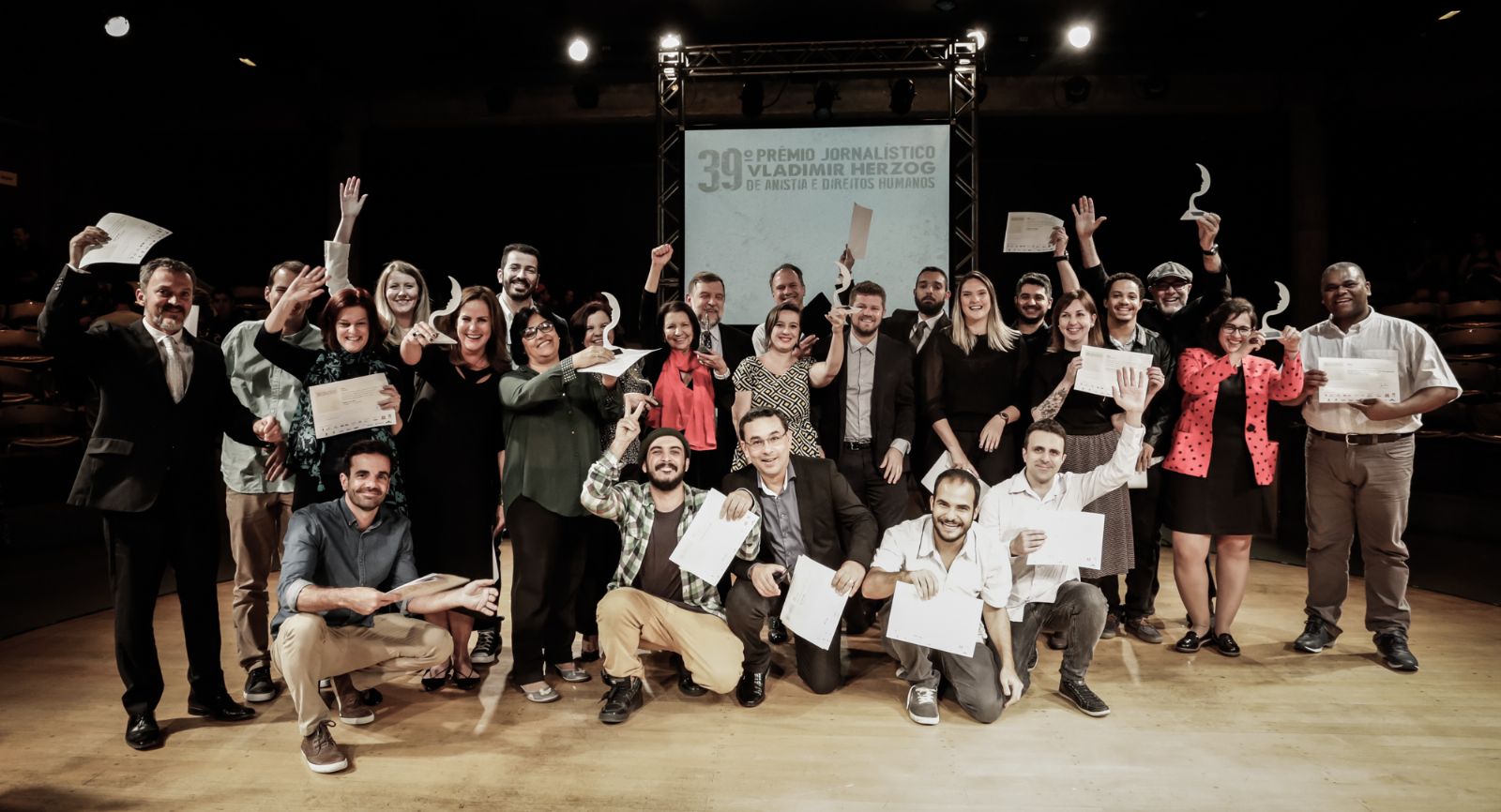 The Organizing Committee of the 39th Vladimir Herzog Journalism Award for Amnesty and Human Rights chose and announced this year’s winners on Monday.

Like in previous years, the session took place in the São Paulo Municipal Legislature and was broadcast live on the legislature’s website. The Vladimir Herzog Award is the only journalistic award in Brazil for which the judging panel is open to the public.

The 2017 edition set another record for the number of entries: 634. The award categories are art, photography, audio, multimedia, text and video.

The selection process traditionally occurs in two stages: first by a panel formed this year by 22 judges from nearly all the Brazilian states and then by a commission of leaders of the award’s 12 organizing institutions.

“Map of homophobia in São Paulo”

The ceremony to present the Vladimir Herzog Award will take place on October 31, at 8 pm in the Tucarena auditorium of the TUCA theater in São Paulo. The 6th Round Table Conversation will be held on the same day at 2 pm, when the winning journalists will talk about the complexities and the stories behind their award-winning works. Both events are free and open to the public.

Click here for more information on this edition of the Vladimir Herzog Award.