Interview: “We have to continue making people feel uncomfortable, until the discomfort no longer exists.”

Symmy Larrat, transactivist and President of one of the largest LGBTI+ associations in Latin America ABGLT, reflects on rights, culture and the positions she has occupied. 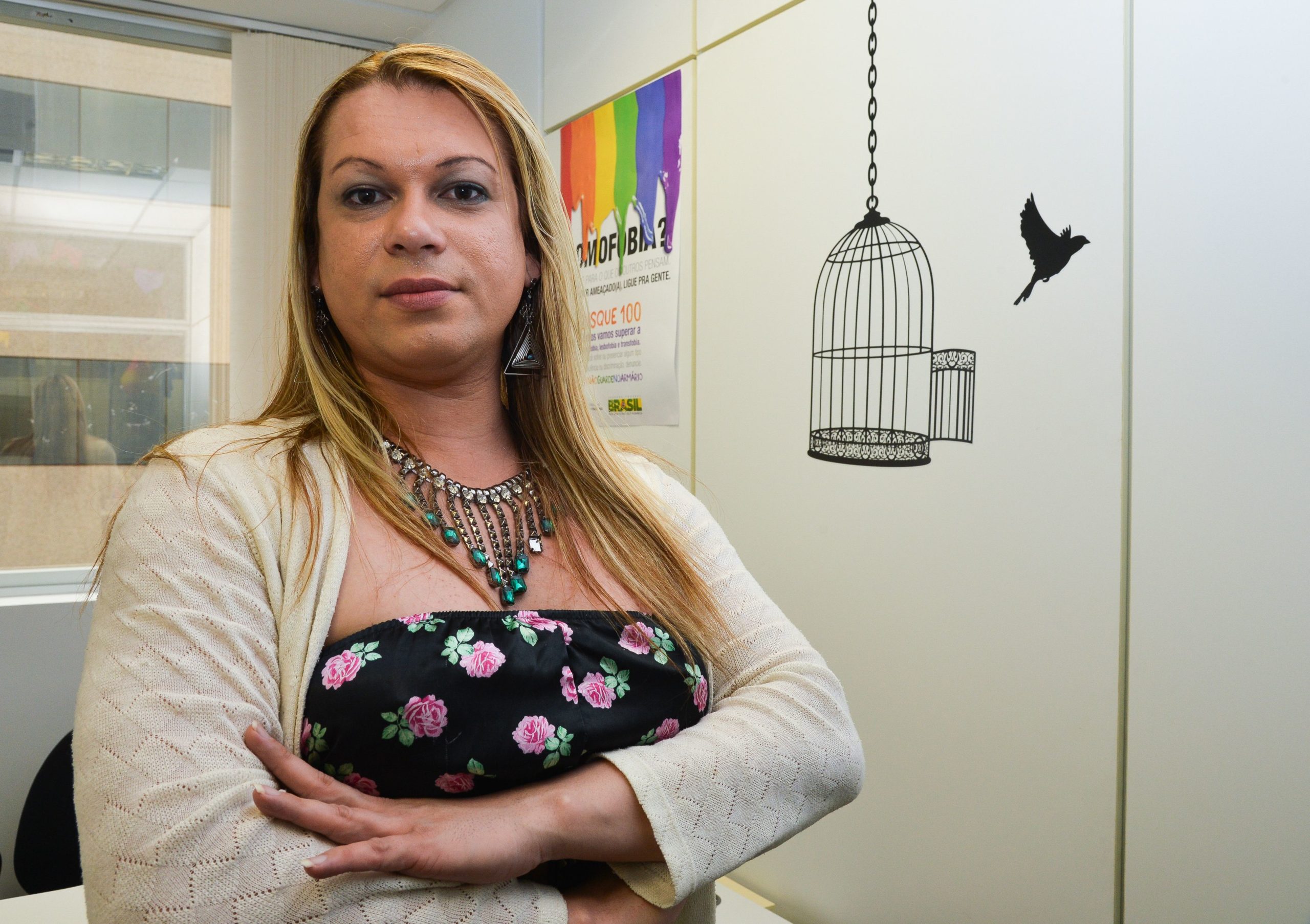 Before becoming one of the most important references in the struggle for LGBTI+ rights, Symmy Larrat, from Pará, suffered rejection by her family and even attempts at conversion therapy. “Certain sectors of society seem to almost condone the aggression that we suffer.” She believes.

Symmy, who defines herself as a whore, transvestite and feminist, was the first transsexual person to hold the post of General Coordinator for the Promotion of LGBT Rights at the Federal Secretariat for Human Rights, during the Dilma Rousseff government. She was also Programme Coordinator of “Transcidadania”, at the São Paulo city hall. She is currently the President of ABGLT (the Brazilian Association for Lesbians, Gays, Bisexuals, Transvestites, Transsexuals and intersex people) one of the largest in Latin America.

In an interview with Conectas, she talked about her struggle and resistance and how to make society more humane:

Conectas – What do you see as the main progress made by the LGBTI+ community in recent years?

Symmy Larrat – Undoubtedly, the most important progress has been made in the Supreme Federal Court, for example the criminalisation of LGBT phobia and the fact that a trans person can now change their documents without having to undergo gender reassignment surgery. The feeling we have is that people find it difficult to understand points that are not stipulated in legislation, even when they come from the Supreme Court and are legally binding. It is difficult for us to apply these achievements in real life as they are not filtering down through the system. The bureaucracy involved means these rights are not fully accessed.

Besides the Supreme Court, there is the public health service (SUS) transsexualization process. Although this is still a right, there is an issue with access, which is another story. For example, the number of surgeries, which was already small and met the needs of less than 5% of the total population of transgender people, has dropped because resources are no longer available. This government is so hypocritical and cowardly that it has retained the name, but is undermining the entire programme.

Conectas – Regarding the issue of access, it is important to stress that even within the LGBTI+ community, questions of race and class also have an impact, don´t they?

Symmy Larrat – People who are further from the norm are the most likely to suffer violence and exclusion. In other words, if the norm is white, heterosexual and cisgender, people who are black, homosexual and transgender are far removed from it. And other points add up and widen the gap, like age. This is not a limiting narrative. It is a reality.

I coordinated a Citizenship Centre in São Paulo and a Centre for Promotion and Defence in Salvador. The reality is the same. If we look at the data, the people who seek support services for issues concerning conflict at work and in their marriages, for example, are middle to upper class, in other words they are people who get married and find work. While, if you look at the people who seek help because of violence and welfare benefits, they are usually black LGBTs or people who do not fit cisgender norms. This is very clear.

Conectas – At the beginning of 2021, we saw attacks on black transvestite parliamentarians in São Paulo. How do you see this?

Symmy Larrat – This was a reaction to the progress we have made. Whenever we make progress, this reaction increases because people do not want us there. The very minimal rights that we win are seen by the cisgender community as being a lot and something we should by happy with. So, our rights are not strengthened and we lose ground in accessing to these gains. They know this and react so that we will give up. I find it frightening that, even though we have a Constitution in this country, with well-defined democratic spheres, we are not able to beat the narrative that positions us as shameful, sinful and guilty for our own suffering. Certain sectors of society seem to almost condone the aggression that we suffer.

Symmy Larrat – This shows that the threat continues and is legitimate. As a progressive camp – not just a left-wing one – we do not understand that currently the moral narrative is central to the debate. If we do not beat morality, we will not win in other areas. We will not manage to promote rights and we will not remove this discourse from power, because the moral debate is what is taking root in the general population. The issue of gender is being seen through the eyes of a moral agenda. For example, there is a moral question permeating the indigenous agenda too – the idea that they are lazy, dirty and uncivilised and that we need to educate them.

Conectas – Why is winning rights for the LGBTI+ community important for society as a whole?

Symmy Larrat – Because when we promote inclusion and respect, we are talking about humanity – we are building and retrieving our humanity. We must talk about that which is not being said, so we can create relationships that are more respectful and do not exclude anyone. This is how a society becomes more humane.

Conectas – Despite statistics that show a high level of violence and low employment rates among the trans community, there are people, like you, who are in important positions. How important are examples like your own?

Symmy Larrat – I see my path, not my position. Where am I? I am a Project Manager at an NGO. So, if we raise funds I earn a salary, otherwise I don´t. It is a more comfortable position than the vast majority of my comrades, but it is not the same as people I know who are cisgender and heterosexual. So, it is and is not a position. But, if we look at my path, definitely. It is important that people perceive that the stereotypical image of trans people is not at all accurate. A transgender person in a position of power is not just a transgender person, they may be black, from the north, like me, they may be entirely LGBTI+. So, there is a task of representativity that I believe can contribute to the process of making society more humane.

Conectas – And what have you learned from occupying these positions of power?