Interview: The possible solutions for Cracolândia

“Under the guise of an effective policy to combat drugs, countless rights violations are committed in the region,” says the lawyer Fernanda Balera, of the São Paulo State Public Defender’s Office 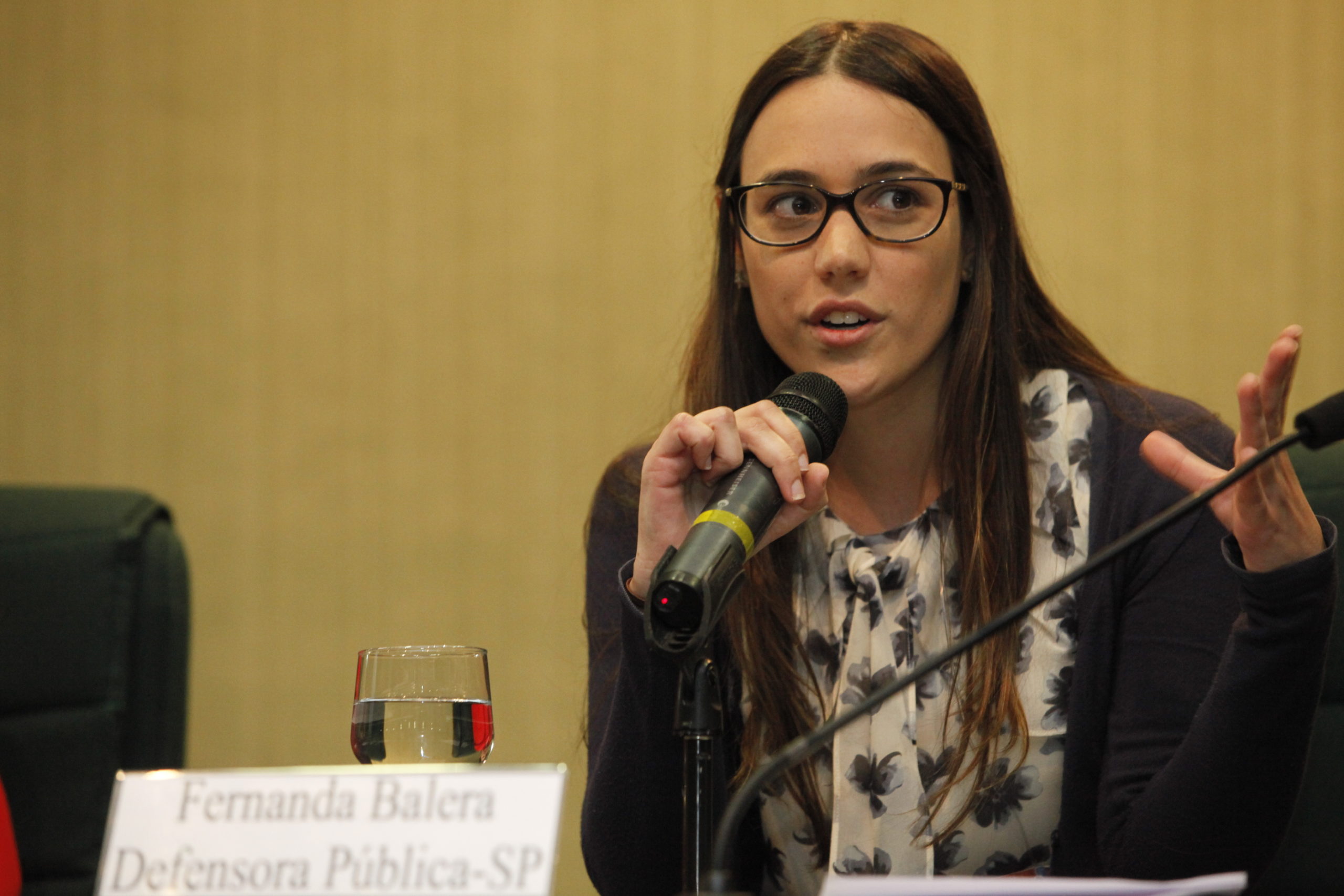 With no public policies to support them, residents of the neighborhood of downtown São Paulo known as Cracolândia (Crackland) live under constant attack. In a recent initiative, which took place in March 2021 – at the peak of the pandemic in Brazil – nearly 400 families were threatened with eviction from their homes by the city government. Only 190 of these homes were registered to receive rent assistance of R$400, an amount far below the cost of living in the region. There was a concern that these people would end up on the street in the middle of the worst health crisis in recent history.

The São Paulo State Public Defender’s Office and Conectas submitted a request to the IACHR (Inter-American Commission on Human Rights) for a precautionary measure and sent an official letter to Brazil’s CNDH (National Human Rights Council) recommending that the bodies of the Judiciary, “for the duration Covid-19 pandemic, assess with special attention the granting of injunctions aimed at the collective eviction of urban and rural properties, especially in cases involving people in a state of social and economic vulnerability”.

The courts suspended the eviction, but the residents still have to contend with real estate speculation, since the two blocks earmarked for demolition are part of plans to revitalize the neighborhood. “We appealed to the IACHR because we wanted to request that it preserve both the lives and the physical integrity and property of these people, and that it present a plan articulating their rights,” said the public defender Fernanda Balera, of the Human Rights Center of the São Paulo State Public Defender’s Office. “We expect the IACHR to rule on the case.”

According to Balera, the “War on Drugs” narrative has contributed to the continuation of the abuses committed in the region. “Under the guise of an effective policy to combat drugs, countless rights violations are committed in the region,” she said. Speaking to Conectas, the lawyer explained the situation of people living in Cracolândia and suggested ways the solve the problems.

Conectas – What are the biggest challenges facing vulnerable people in the region of Cracolândia?

Fernanda Balera – It is a region that is complex from a health, social, economic, urban planning, political and cultural perspective. Over time, successive public policies have been tried one after the other, such as the “New Light” program, “Open Arms” and “Redemption”. With different approaches, they are always based on trial and error, causing a very high human cost, not to mention the public money involved, and have absolutely no effect. The main problem is that these policies do not have a clear guideline. In general, the only thing they have in common over time is repression and police violence. This has never changed.

However, there are independent initiatives run by NGOs and collectives that have a different perspective from government actions, such as the “Collective Has Feeling” program, which works on the inclusion of trans women from the region through employment and income generation. During the pandemic, for example, these women made money producing masks. There is also the “It’s Law” center, which has been present in the region for a long time, and the initiatives of the psychiatrist Flávio Falcone, which are based on the idea of providing housing and then organizing access to other rights. In addition to this, there are people who work with art. In September, the SESC Center in the Bom Retiro neighborhood staged an exhibition called “Birico”, of artists who have artwork in Cracolândia. These initiatives do not see people as zombies or objects that require state intervention, but rather as rights-holders who can create their own story.

Conectas – In your opinion, what are the most urgent actions that should be taken to help alleviate the problems?

Fernanda Balera – When João Dória took office, he declared he would put an end to Cracolândia, using extremely violent measures that have left thousands of people on the streets and compulsory internment that proved to be a huge failure. We conducted a survey and found that most of these internments did not last long enough for detoxification, and that afterwards the person resumed their drug use. In other words, it was more of clean-up operation than a concern with solving the problem.

Afterwards, the Public Prosecutor’s Office worked together with the Public Defender’s Office and some councils to develop a program that was not bad on paper but that was never implemented. The biggest challenge is to implement a policy for alcohol and drugs and also for people living on the streets that can promote rights and address the situation of social vulnerability. This is why it is necessary to implement the registered projects and take people’s rights into consideration.

Conectas – In May, the São Paulo State Public Defender’s Office filed a lawsuit against the municipal government after a homeless person was shot in the eye with a rubber bullet by the Municipal Civil Guard in Cracolândia and blinded. How often do these incidents happen? And what is the usual outcome of these lawsuits?

Fernanda Balera – Unfortunately, these incidents are very common because the Municipal Civil Guard operates extremely violently, making life in the neighborhood even more unbearable than it already is. A report was made by the community organization Craco Resiste with video footage showing the Civil Guard engaging in systematic violence and initiating most of the conflicts that occur there. In the case of José Damião, who is a homeless person, he was on his way to get a meal when he was shot in the eye by a guard and left unattended. The legal case is still in progress and is an example of the difficulties we face with the lawsuits of homeless people, with whom we have lost contact or have difficulty getting evidence. Some lawsuits result in accountability, but this is not always the case.

Conectas – In September, the São Paulo State Public Defender’s Office, Conectas and the Igarapé Institute requested the suspension of rifle purchases by the Municipal Civil Guard. Why is this request important? How is this case going?

Fernanda Balera – It was dismissed, but we think it is important to emphasize because this matter of buying rifles reinforces the military nature of the Guard, which we believe is the root of the problem. Is it the role of the Guard to police the streets? What should the role of the Guard be there? In this case, we examine how the use of rifles in a region that is already characterized by extreme violence can make matters even worse and does little to solve the problem, since violence there has always existed and never solved anything.

Conectas – In your opinion, how has the “War on Drugs” made the problems worse in Cracolândia?

Fernanda Balera – I think the current drug policy and drug legislation has already shown that it is neither efficient nor effective. Many lives have been lost in the name of a war whose main enemies are black, poor and socially vulnerable people, precisely those who live in this region. So, the “War on Drugs” plays a key role, because it is this narrative that legitimizes the rights violations that take place in Cracolândia. Under the guise of an effective policy to combat drugs, countless rights violations are committed in the region.