Indigenous women accompany judgment of the ‘time frame’ in Brasília 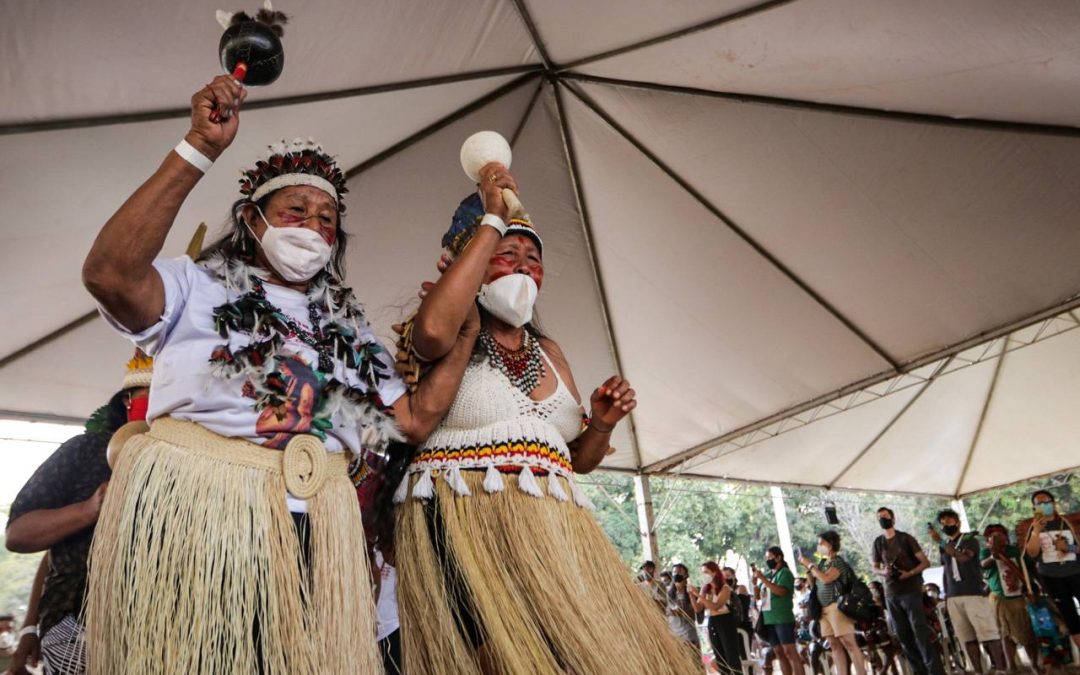 More than four thousand women from six Brazilian biomes are in the capital Brasília for the 2nd National March of Indigenous Women. Under the theme “Native women: Reforesting minds to cure the Earth”, the mobilization will continue until September 11.

Camped on the lawn of Funarte (National Arts Foundation), on the Monumental Axis, they are accompanying the judgment of the so-called ‘time frame’ case in the Supreme Court, which will define the future of indigenous lands in Brazil. The participants are also protesting against gender-based violence. See the full program of the march at this link.

Upon arrival at the event organized by the National Coalition of Indigenous Women Warriors of Ancestry, the female indigenous leaders from the Amazon, the Cerrado savanna, the Pantanal wetlands, the Atlantic Forest, the Caatinga scrublands and the Pampas southern lowlands were accredited and tested for Covid-19.

“We, indigenous women, are fighting for the demarcation of indigenous lands, against the legalization of mining and the leasing of our territories, against the attempt to relax environmental licensing and against the financing of weapons in the countryside. We are witnessing the dismantling of indigenous and environmental policies,” reads an excerpt from the manifesto released by the organizers of the march, which has set up a fundraising campaign to cover the costs of keeping the participants in Brasília.

Faced with attacks against the indigenous event, APIB (Association of Indigenous Peoples of Brazil) stated that the purpose of the mobilization in Brasilia is to peacefully protest for rights and to accompany the judgment in the Supreme Court, in support of the court justices against the ‘time frame’ thesis. All attacks that constitute crimes of racism, slander, libel and defamation will be duly reported so that appropriate measures can be taken, as will intimidation and offensive behavior.