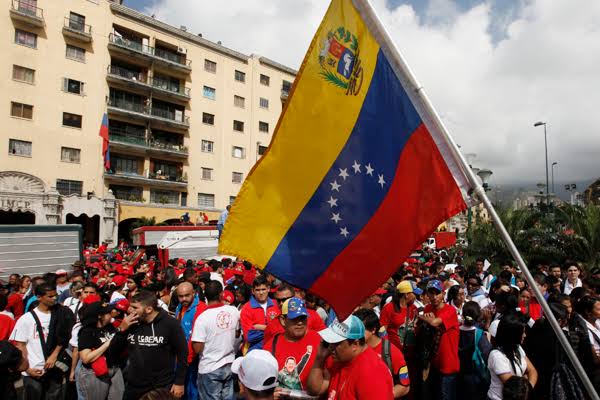 There is considerable concern over the closure of the land border between Brazil and Venezuela, announced on Thursday 21 February by Nicolás Maduro’s government and confirmed by Antonio Denarium, the Governor of Roraima.

The continuation of the impasse could make the already serious situation of the Venezuelan people affected by the humanitarian crisis in Brazil’s neighbouring country, even more difficult. It could also have an impact on the lives of Venezuelan migrants and refugees in Brazil.

Conectas advocates resolution of the impasse through diplomatic means and is calling for authorities to focus their attention, at this tense time, on the people who are in a vulnerable situation.

“Humanitarian concern must be placed at the forefront of any political dispute and people’s basic rights must be guaranteed, on both sides of the border.” Said Camila Asano, Programme Coordinator at Conectas.

On Thursday, Conectas, dozens of Venezuelan organisations and international bodies signed a joint letter urging the authorities to ensure that all aid consisting of supplies to Venezuela is delivered based on a commitment to humanitarian principles and that serious, technical expertise is employed, in order to avoid further worsening the already catastrophic situation these people are in.

“Any effort to provide humanitarian aid to Venezuelans should be organised in order to maximise efforts to get to the most people possible in a way that avoids doing harm, regardless of political considerations.” It says in the document.

Some of these organisations have been closely monitoring how protests have evolved in towns around the country and have been requesting the safety of demonstrators.